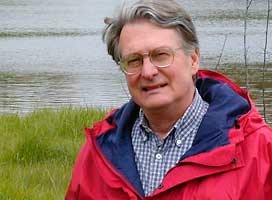 By Richard Stout, professor of economics

Sample Design: Some 425 ex-Maytag employees received a survey. We apportioned the surveys to fit the geographical distribution of Maytag employees by county and by ward in Galesburg. Further, because the Maytag work force was about 56 percent male and 44 percent female, we sent 237 surveys to men and 188 to women. There were 133 respondents, giving the researchers a 31 percent response rate.

Caveats: A response rate of 60 percent, or 255 respondents, would be desirable (but rarely obtained in survey work). The higher the response rate is the less bias there will be from the absence of data from the non-responders. We expect non-response bias because it seems likely that those who have had the worst post-Maytag experiences would not return a completed survey and are thus underrepresented among the 133 respondents, biasing at least some of the findings.

Finally, most respondents left some items blank, so it is not unusual to have 50 or 60 responses for some items and 120 or more for other items.

1) The men and women respondents are similar with respect to averages in age, years worked at Maytag, and years of education at the time Maytag's closing. An important determinant of life satisfaction is identification with and satisfaction with one's work (bread winner, quality Maytag products, co-workers, etc.). Six years after the Maytag closure respondents report being less satisfied with their current jobs, a reduced sense that co-workers are like family, lower household incomes, and lower life satisfaction.

7) Americans believe in second chances. In the face of their adversities, 81 (65 percent) of 124 agreed that re-inventing their future was their responsibility. And 65 (52 percent) of 125 agreed that the American Dream is attainable by those who adapt.

9) 53 respondents identified the retraining institution they attended. Of those, 22 (41.5 percent) attended Carl Sandburg College (CSC). Two respondents reported that they wanted retraining but that the funding had been exhausted. Those who retrained were generally happy with their program of study and training. The median response for 22 CSC) students was 8 on a scale of 1 to 10 (low to high), and 9 for seven Hamilton Tech students.

11) What jobs are they doing? Even those who retrained have blue collar work now. Some now have professional jobs. Fortunately, 35 (56 percent) of 62 people report their current work fits them better than their Maytag work. Forty-six of the 83 who described their current job retrained, and 48 of 72 are working fulltime.

During 2010, Knox College professors and students conducted a survey of workers displaced by the closing of the Maytag plant in Galesburg in 2004, hoping to find out how the workers fared after the closure. The survey covered a wide variety of topics, including personal economics, education, current employment, and life satisfaction.

In 2011, the Galesburg Register-Mail published survey results, along with in-depth analysis and personal profiles of selected workers written by Knox students and edited by Marilyn Webb, Distinguished Professor of Journalism.