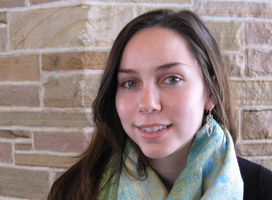 GALESBURG -- While retraining has become a staple of government initiatives to alleviate job loss, a survey of former Maytag workers shows the federally financed retraining programs were hardly a guarantee for success.

Overall, those who retrained showed just a slightly lower median family income in their jobs after retraining as compared with those who did not retrain, but only a little more than half of those who retrained actually got a job in the area in which they retrained, according to the Maytag Employees in Transition survey project conducted by Knox College faculty and students.

In most cases, former Maytag workers are earning less after retraining, but the retraining provided some a new sense of self as a college graduate, and a change in social standing from a blue collar to a pink or white collar worker. Of those who did retrain, nearly 20 percent were more likely to say their new job fit them better as people, even if they are earning less money right now.

"I think a lot of folks ended up doing things through the training that they never had the opportunity to do," said Mike Haptonstahl, manager of the Galesburg Works Center, which helped workers with their retraining plans.

The retraining programs, however, were complicated, often daunting, when it came to distribution of services and program success.

According to former workers interviewed or who responded to survey, jobs were not always available locally in the areas in which they retrained. Lack of coordination existed between financial benefit periods and school schedules, sometimes making it difficult for people to start programs or complete certificates or degrees in the time during which benefits were provided.

Of the survey's random sampling of 452 people, only 52 percent of the 133 who responded said they had taken advantage of retraining. Many of those attended Carl Sandburg College, but they were able to go other places as well. More women took advantage of the retraining than men, and many of those who responded said for various reasons they were unable to retrain in their program of first choice.

"You know you've got hundreds of people that are going to school," said former Maytag worker Rebecca Nott, 59. "They only take 18 people in the radiology class? What are your chances of getting in?"

Because of the sudden influx of Maytag workers into Carl Sandburg classrooms, the more popular courses were the hardest to get into. In many cases, workers had to settle for their second-choice field of study.

Once the Maytag closing was announced in October 2002, eligible employees were able to receive two years of free job retraining through the federal North American Free Trade Agreement's Transitional Adjustment Assistance program, in addition to an equal amount of time in unemployment benefits.

Haptonstahl explained that when Maytag employees were first let go the Illinois Employment Security office handled the distribution of services. In August 2004, the Galesburg Works Center opened in Galesburg to help laid-off workers and their families adjust to the multitude of plant closings here. The Center then started coordinating the distribution of both TAA services and local Workforce Investment Act programs, mandated by NAFTA. Each program, however, had its own set of eligibility requirements and benefits.

"In some regards we were having to learn and apply regulations as layoffs were occurring," Haptonstahl said.

Meanwhile, policy was still evolving on both the national and state levels. Workers could only get NAFTA TAA funding for eligible programs and in fields deemed to be growth areas for jobs, but these areas were decided at national and state employment levels. It was often difficult to cater to job growth in specific communities, resulting in some retraining in fields that just don't exist in Galesburg.

One survey respondent commented, "Some retraining does not help if there is not satisfactory employment available."

One survey respondent said: "There were more than a few of us out there that felt that when Maytag shut down it was the best thing that ever happened to us. By closing, it gave many of us the chance to try something else, maybe something that we liked."

"I knew that I had to have an education of some kind to get a job," said DeAnna Dowers, 40. "It's just some of the stipulations that they had in the beginning got people into thinking, OK we have to do this, and scramble to do that. There were so many rules and regulations within that (retraining program) that it was overwhelming."

Like many of the Maytag workers, Dowers had started at the refrigeration factory with only a high school education. She was 18 years old. By the time she was laid off in September 2004, she had worked at the company for 16 years.

"You can't just go out and get a factory job when there were three major factories in Galesburg closing almost at the same time," she said, referring to the near simultaneous downsizing not just of Maytag but also Butler Manufacturing and Gates Rubber. So she retrained to be a medical assistant.

Initially, she wanted to become a licensed practical nurse, but she was encouraged instead to get her medical assistant degree because LPN programs at CSC were full. After she graduating, she was unhappy with the drop in pay that field gave her. "I was thinking I'm making $7.12 with a college degree. That's crazy." she said. After 2 2 1/2 years commuting to work at Caterpillar in Peoria, Dowers went back to school again.

She is now a certified nurse's assistant working at Rosewood Care Center in Galesburg. She still makes significantly less than she did at Maytag but her new job has more meaning to her than had any of the ones she'd had before.

"I work harder and am making less money, (yet) you see the older people being taken care of and you know that aspect of the job is satisfying," she said.

In 2005 the non-profit Washington, D.C. think tank, the Economic Policy Institute, released a study that found that as a result of NAFTA -- which opened up trade between the United States, Canada and Mexico -- some 1,015,291 jobs were lost in the United States from 1993 to 2004. Two-thirds of those were in manufacturing. And those numbers don't include the large loss of employment in the United States during the recent recession.

Much of the success in retraining was based on each individual's circumstances.

John Eskridge, 50, started working at Maytag when he was 28. After he was laid off in 2004, he earned an associate's degree at CSC in business marketing and management through the retraining program.

Prior to working at Maytag, Eskridge had been involved in the auction business. He had continued to be an auctioneer on weekends throughout his 16 years at the plant. Eskridge and a business partner also owned a jewelry and coin shop in downtown Galesburg for 20 years. These fortunate side jobs are what Eskridge attributes today to his post-Maytag success.

"I didn't just feel like I was out there in the dark," he said. "I was luckier. I was a little more set than a lot of the other people."

He went through the retraining program more for his own benefit than for a dire need to find a new job, but he also believes it's one's attitude that makes an impact on success. 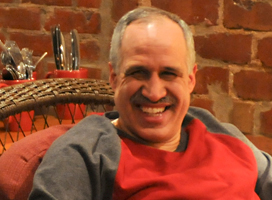 "I think it's just something you have to deal with and adjust to," he said. "You know it's not always easy, but you've got to go on and try to look for the positive in things." He has a long family history to draw on with just this sort of experience.

Eskridge's family was one of the original founding families of Galesburg, coming first to build a house in Log City before moving directly into town. They have been here since 1837. A history buff, Eskridge has studied local history and seen his own family and the Galesburg community go through economic changes, from agriculture to manufacturing and now to whatever is next. People have to adapt, he learned, but the financial implications aren't always easy.

According to the survey, wage disparities were great among the new jobs people found, if they found a new job at all. Like Dowers, many former Maytag workers knew that they needed a new work opportunity to have a successful future, but 70 percent of those who retrained are not making better wages now. Many former workers faced both long and short periods of unemployment. Many had to work several part time jobs at once in order to make ends meet.

On the other hand, 29 percent of the respondents reported their incomes increased and a few are earning significantly more than before. And some few found themselves in new careers in which they had never dreamed of. The key seems to be in different kinds of jobs.

Statistically, only a slightly larger percentage of those who didn't retrain said they were more satisfied with their lives now than those who did.

Yet in spite of some success, Dowers and other former Maytag workers still worry about the future.

"There's thousands of jobs being lost everyday in the United States, what is America gonna do? What are our children gonna do for a living?" he said.

She hopes that the government gets a better grasp of their retraining programs for future generations to come.

"The miscommunication on some things was totally unreal," says Dowers.

According to Haptonstahl there was a point when funding at both the state and federal levels for the NAFTA TAA program was on hold. This caused a nine to 11 month period when the Galesburg Works Center had to put all new retraining applicants on a waiting list until funding was resolved.

Dowers believes that information is key.

"I just really wish that if this were to ever happen again (that) they let them know that there are options out there and other routes," she says.

Despite the complications, job retraining in Galesburg did have success stories. Both Eskridge and Dowers feel they are in more stable situations than many of their peers. "Although the closing was rough for us all," says another respondent, "it forced me to apply myself and get back to school. I earned a certificate, which made me proud to accomplish a goal in life."