Effects on income and benefits, but also on close friendships and personal pride in "producing a good product" 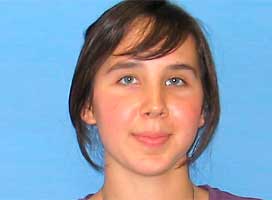 By Jenneke Adriana Oostman, Class of 2013

GALESBURG -- It wasn't about getting rich, but doing a satisfying job, according to a former Maytag worker who took part in a study by Knox College faculty and students.

"I didn't want to get rich. I made a good living," said Eric Ekstedt, 55, about the six years he spent as a maintenance electrician at Maytag. "It was satisfying producing a good product."

Ekstedt, who now works in building maintenance at Archer Daniels Midland in Peoria, was one of 91 percent of respondents to the Maytag Employees in Transition Survey who rated their life satisfaction high while working at Maytag. On a scale of one to 10, they ranked those years a six or above.

Since the plant's closure, however, 73 percent of survey respondents, now rate their life satisfaction as more than six out of 10. Nearly three quarters of those union workers surveyed who used to work at Maytag now say life is still good, and those who went through a retraining program after losing their Maytag job tend to find life better now than those who did not.

In relation to their workplace, four elements played a critical role in determining an individual's life satisfaction: close friendships; annual income; benefits, including work flexibility, health insurance and vacation time; and pride in the job they are doing. These four factors coalesced for many while at Maytag and those people fortunate enough to have recreated them today still consider themselves as having a high level of life satisfaction.

"It was heart breaking to see them close our factory down," said Betty Wade, 61, who worked at Maytag for more than 30 years in the plastics and silver brazing departments. "We were a family out there at Maytag and we were proud to say we worked there."

When asked what they missed most about that job, 66 percent of survey respondents said it was the friendships and sense of community that they had built there over the years. Indeed, nearly 85 percent of respondents say they either miss or really miss their old Maytag coworkers. Women miss their former co-workers more; 91 percent of them said so, while just 71 percent of men mentioned those friends. Friendships, though, seem to matter most in life satisfaction overall.

"They (the coworkers) were real good people to work with, the bosses were good to work with. They treated the employees like people," said Alfred Dean Eddington, 64, who worked at Maytag for over 21 years. "It was a friendly community in the factory and it showed when the product went out the door."

While the people -- coworkers and managers -- played the most significant role in the company's overall appeal, the paycheck came in second -- at 50 percent -- in terms of what ex-Maytag workers missed most.

Surprisingly, however, the survey found that higher levels of household income do not directly correspond to higher levels of life satisfaction. According to the survey, Maytag employees who earned an annual salary of between $30,000 and $50,000 were most satisfied with their life at Maytag. Forty-three percent of them rated their life satisfaction at Maytag as a six or above, while just 28 percent of people earning between $60,000 and $100,000 rated their satisfaction with life at a six or above. Some of this is likely because more money often meant more overtime.

"(At Maytag) you had the opportunity to make as much money as you wanted," said Barbara Stockman, 59, who is now struggling to make ends meet as a cashier at Wal-Mart in Canton. Her current salary is $10,000 to $20,000 less than her Maytag salary, but there is no possibility for overtime work, and she does not receive the same seniority in terms of benefits and flexibility of hours that she did during her 30 years at Maytag.

Eddington's experience is like Stockman's. He began working for Caterpillar in Peoria after he was laid off at Maytag in 2004 and his salary was less than it had been at Maytag. Caterpiller laid him off again for a year and a half after he'd begun working there, before calling him back to work in June 2010.

"Maytag's benefits were six times better than what I've got now," he said.

And 68 percent of survey respondents either disagreed or strongly disagreed that their health care benefits are better at their new jobs.

Ekstedt says he felt more useful to society while working at Maytag because he genuinely believed the finished product was beneficial to the American consumer.

Regardless of the company's overwhelming appeal, however, Maytag was not the ideal workplace for everyone. Thirty-four percent of survey respondents reported a significant increase in life satisfaction after Maytag.

David Hess, 47, worked at Maytag for 21 years but is among those who say they are much happier now. When Maytag announced its closure, Hess decided to attend Carl Sandburg College for a welding certificate. Now, as a welder for Tri Tech Construction in Iowa, Hess says he makes more money than the highest paying jobs at Maytag and his benefits are equivalent to, if not better, than they were at Maytag.

Those who rate their life satisfaction as high now seem to have benefited from a combination of a successful retraining program and finding a job that is a "better fit" all around.

"The monotony of some of those jobs was one of the worse parts of that place," Hess said. "Now it's more challenging, I'm not stuck in the same routine all the time. (You) never know what the day's going to throw at you."

"For my family it was a blessing. Maytag closing allowed me to find a job I like more and earn more money doing," said Mark Semande, 38, who after working at Maytag for 11 years now works as a grinder, laborer, machine operator, truck driver and foreman for Railroad Maintenance of Way. Semande said he strongly agrees that his new job fits his interests and abilities better, and his wages and benefits are also significantly better at his new workplace. 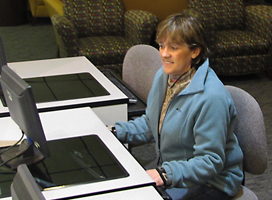 "I am happier now than I was at Maytag," she said. "I have downsized my living standards and am much happier." McKnown's rated her life satisfaction level as rising from a five to a nine -- on that scale of one to 10 -- after the closure of Maytag.

Maytag's generous salaries, above par benefits and flexible work hours, reputable product and community of workers helped to provide a satisfactory working environment. But those who have recreated most of that now continue to attain high levels of life satisfaction in other working environments.

"When life hands you lemons you can't always make lemonade," said one former worker, "but you learn to adapt."