Maytag Project: Changing economic fortunes in the wake of Maytag 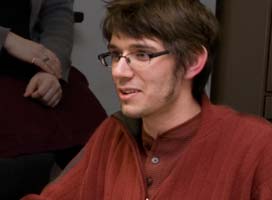 GALESBURG -- When the Galesburg Maytag plant closed in 2004, it drastically affected the economic fortunes of the workers and their families.

Moreover, the results of the Maytag Employees in Transition survey showed that while household income of Maytag workers in 2004 was between $40,000 and $50,000 when the plant was operating, the spread of earnings between former workers now has vastly increased. In the Maytag years, no worker reported a household income of under $20,000, while 16 percent do now. Conversely, households with income above $80,000 have now risen.

Most important seemed to be the psychological drive to succeed. Those workers who responded on the survey that "The American Dream is possible for those who adapt" and that "We have to invent our own personal futures" ended up making $10,000 more than those who did not agree with these responses, and ended up with a current household income similar to the one they had during their Maytag years.

"I had a great life at Maytag due to the pay and great friends, but I also have a great life now," said Laurette McDowell, 61, a former Maytag employee who now works packing boxes at Dick Blick. "(We) will continue to have a great life despite the obstacles. People can't dwell on the past, just keep your head up and move forward with a positive attitude."

Adapting means success
The number one factor in creating successful new lives was the drive to adapt, but keeping debt low, being younger rather than older at the time of the job loss, owning one's home outright, and attending college for retraining all played large parts.

Many of the Maytag families took on increased levels of debt since the plant closed. Forty percent of survey respondents also feel that they will never recover financially. Some also say they feel the same way about this town.

While it is hard to quantify the full effects of the closing on Galesburg, the effects on the workers and families of Maytag is readily apparent. Women, it seems, were hit harder than men. During the Maytag years the median household income of women at the plant was considerably higher than that of men, with women living in households earning $50,000 to $60,000 a year as compared to $40,000 to $50,000 for households where the Maytag worker was a male. Now both groups have a median household income of $30,000 to $40,000. Overall household income has experienced a greater decrease for women than for men.

On the other hand, not everyone's income dropped. Twenty-nine percent of respondents say that their wages have now increased from the time they worked at Maytag. These increases in wages, however, have favored men. Thirty-six percent of men say that individually, as opposed to total household income, they make more money now than they did at Maytag, as compared with only 21 percent of women who say that.

Impact on groups
In the same way that the plant closing has affected men and women differently, it has had different effects on people depending on their age. The older the worker the more likely they are to be earning less now, partly because wages at Maytag increased with seniority. Ninety-four percent of the survey respondents were 40 or older and of those, 71 percent said they do not make more money now. For those in their 50s, that percentage increases to 75 percent who do not make more than they did at Maytag.

And the feelings of loss are long-term. Forty-three percent of people in their 40s and 41 percent of those in their 50s feel they will never recover financially. Of respondents in their 50s, 94 percent have taken on additional credit card debt since the plant closed, and 83 percent took out a second mortgage.

Asencio believes that the two most important things for his success post Maytag were that he attended college and that he was relatively young, in his late 20s, when the plant shut down. "I know a lot of guys out there, 40s, 50s, 60s" who have not recovered, he said. "No matter what they say about age discrimination, it still happens."

The decrease in income has had many real world effects on the workers and their families, regardless of age or sex. The numbers in this survey sample are small in this regard, but home ownership has decreased 24 percent among former workers. Ninety-one percent of the respondents said that they have had problems paying their rent or mortgage, and 73 percent have taken out a second mortgage since Maytag closed. Similarly, 87 percent of respondents have had to take on additional credit card debt to pay their bills, and 94 percent have used up their savings since Maytag closed.

The fact that so many people struggle to make ends meet is of particular concern. Some former workers regret they didn't get a pension after years of working at the plant, but 80 percent of the respondents in this particular survey did receive at least some kind of pension, since they were among those with the most seniority when they were finally laid off. And even with that, they are still struggling.

This was not the case during the Maytag years, when 84 percent of former employees surveyed reported living comfortably. "The ‘middle class' is being able to pay your bills but not being able to save up," Asencio said. "The lower class is not paying your bills and having debt. "The median household income during the Maytag years of respondents in this survey falls within his definition of middle class.

Rethinking class structure
Echoing Asencio's definition, Laurette McDowell defined the middle class as "income and where you live, your housing. Not trying to live too far outside your means." For many former workers, thinking of middle class in terms of income alone means they have now dropped to a lower class.

Many factors have contributed to this overall drop in income besides the loss of a Maytag job. When the plant closed, many individuals were able to attend college to retrain in a new profession because of government aid to workers offered through the North American Free Trade Agreement (NAFTA). However, retraining seems to have had mixed results. Although 52 percent of former Maytag workers retrained, only 31 percent of those who retrained (or 18 percent of all respondents) report better wages now. Asencio credits attending college with his current success. "(Attending Hamilton Technical College) has everything to do with the job I have now," he said. Thanks to retraining in electronic engineering technologies, he currently works for Caterpillar developing prototype machines.

McDowell began working at the Maytag factory right after graduating from high school, and she continued on there because of the financial security that it provided. "Everyone I know said when Maytag closed it was a better opportunity for them because they got to go to school," she said, although she didn't retrain herself. "People would not have been able to go to school if it had not happened (because of government help due to NAFTA)." She considers herself lucky in being able to move directly from Maytag to the job she has now at Dick Blick.

Both Asencio and McDowell say that they live comfortably, just as they did when they worked at Maytag. The largest contributor to this seems to be a lack of debt when Maytag closed. I had an older home," McDowell said. "I had to rush to pay off debt when the plant closed and put projects in the house on hold. Things move a little slower now."

Kathy West, 50, said she too is thankful that she had no mortgage debt. Although she retrained in computer networking, she described her training as "a waste of time." She now works as a machinist at Rock Island Arsenal in the Quad Cities. "We were lucky our home was paid for before the closing," she wrote on her survey." We probably would have lost it otherwise."

Another survey respondent, Scott Goodman, 46, also said he lives comfortably now. His hours are longer, working as a locomotive engineer for the railroad, but he too had no debt when he left Maytag and went into retraining.

A mindful state
Although many things helped contribute to current success, including attending college, owning a home, having low debt, being young, what is striking is that more than the number one factor that equates to doing well in the aftermath of the Maytag closing is the psychological state of individuals and their drive to adapt.

In the end, then, the single most important factor in the success of workers in the aftermath of the Maytag closing is the psychological state of the individual, their drive to adapt and create their own future. While this does not explain every winner and loser, it does indicate that the drive to invent one's own future pays off.

"I bloom wherever I'm planted, and I'm blooming at Blick's," said McDowell. "The American Dream is out there; (people) are just going to have to work harder at it."