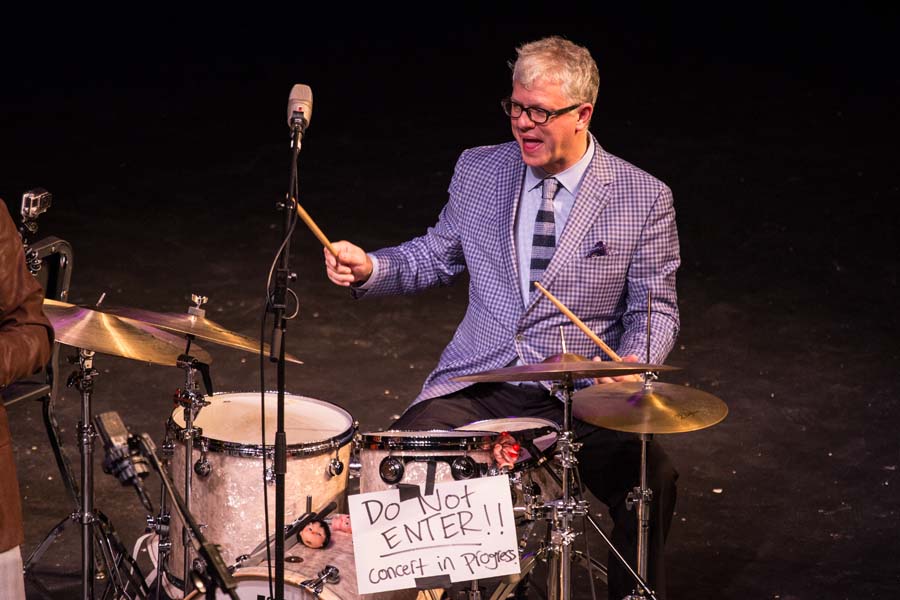 Knox College students took the stage with Matt Wilson, one of the nation's top jazz drummers, in an exciting conclusion to the week-long 2015 Jerome Mirza Jazz Residency.

Wilson worked with students at Knox and at Lombard Middle School in Galesburg and gave a free public concert during the four-day residency, November 2-5, 2015.

A Grammy Award nominee who was voted Drummer of the Year in 2011 by the Jazz Journalists Association, Wilson showed the "infinite possibilities" of the drum set, according to Knox student Stevie Hawes.

"He inspired me to listen to my instruments (saxophone and flute) and to create different sounds," said Hawes, a member of the Knox Jazz Ensemble. Hawes also works with young musicians at Lombard Middle School, where Wilson led a rehearsal.

"It was so much fun," Hawes said. "He had the Lombard students up and moving and engaged. I've never seen that much energy."

The drum set is also uniquely suited to jazz, which was created by the African-American community, Wilson said. Unlike other instruments that have a fixed structure, the drum set can be any combination of drums, cymbals and countless other percussion instruments, including everyday objects, Wilson said.

"The drum set displays freedom. It was created for improvisation," Wilson said.

Wilson put proof to his words at his free, public performance in Knox's Harbach Theatre, when he and his bandmates—Kirk Knuffke, coronet; Jeff Lederer, saxophone; and Chris Lightcap, bass—left their instruments on stage, took up toy bells and moved into the four corners of the concert hall.

The Jerome Mirza Jazz Residency at Knox College is funded by a grant from the Jerome Mirza Foundation of Bloomington, Illinois. The foundation, which supports programs in education and the arts, was created by a bequest from Jerome Mirza, an attorney who served as president of the Illinois State Bar Association and Illinois Trial Lawyers Association, and wrote several books on personal injury law.

In addition to Matt Wilson, Mirza Jazz Residency artists have been bassist Ben Allison in 2013 and saxophonist Donny McCaslin in 2014.

Above: Matt Wilson in concert at Knox College; below, working with students at Knox and in the community. 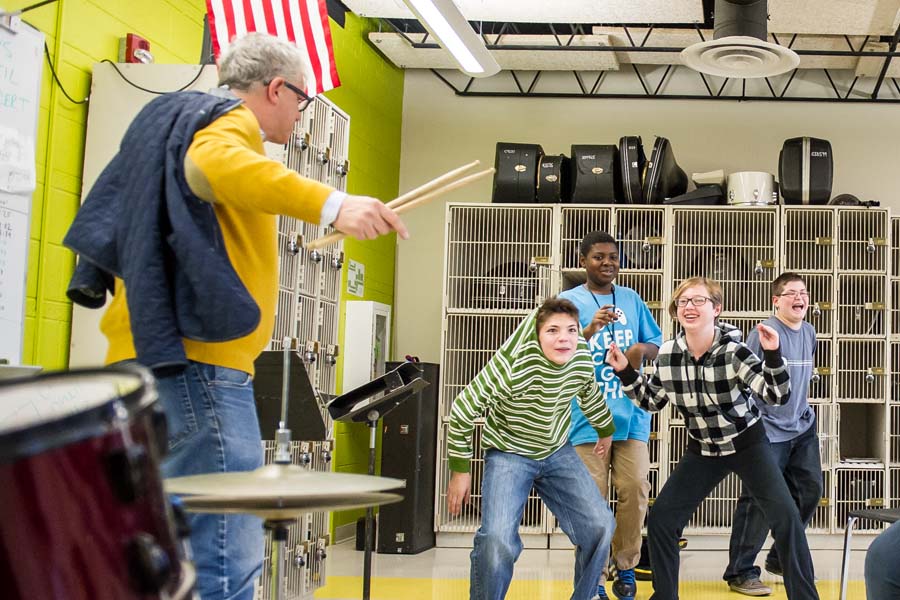 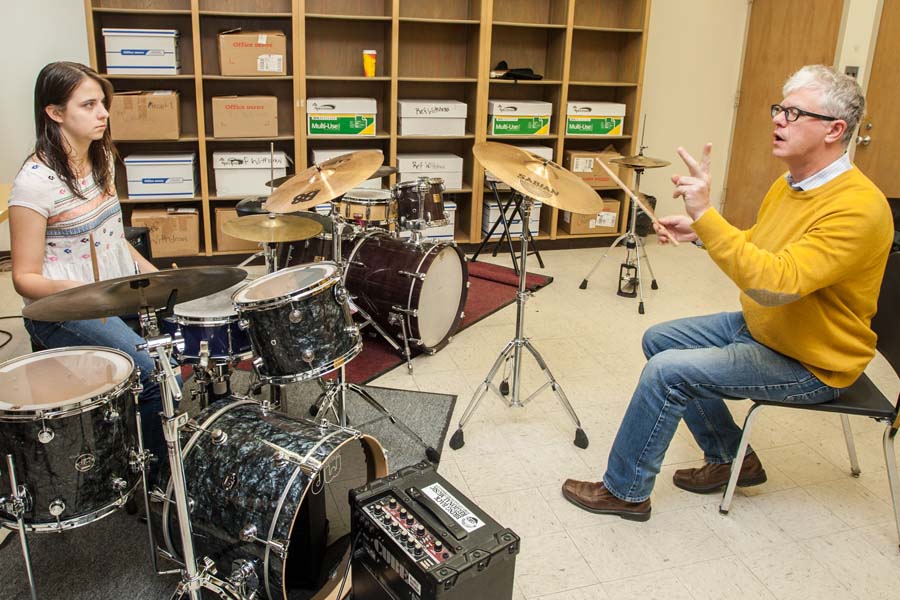 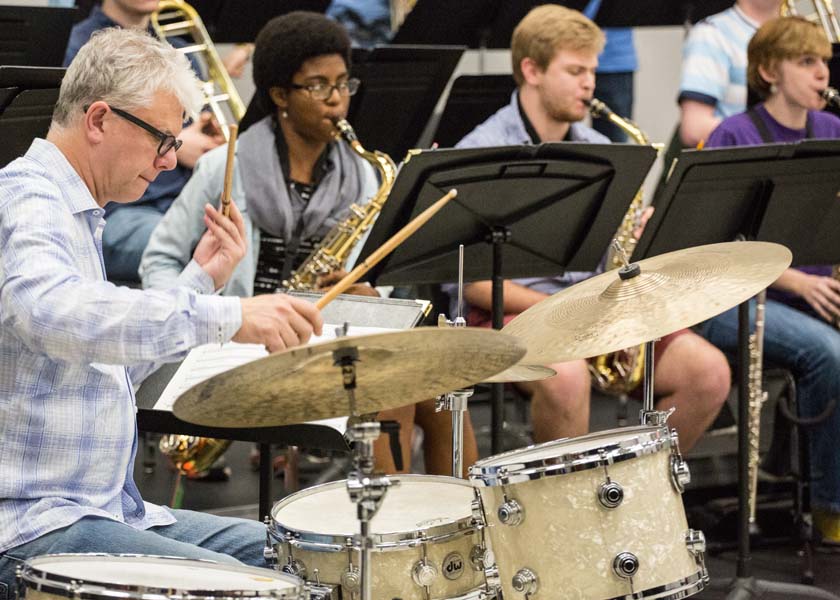 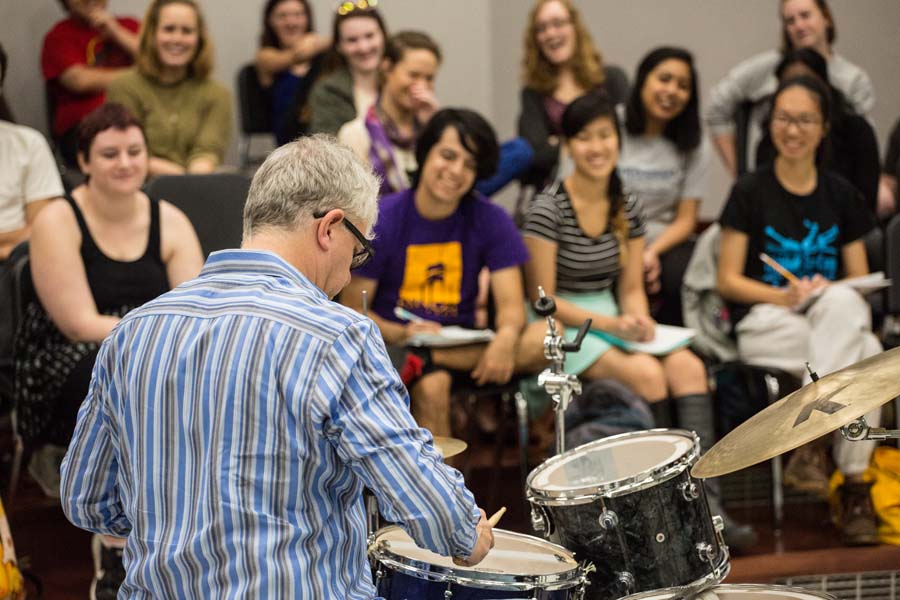 The drum set displays freedom. It was created for improvisation - Matt Wilson 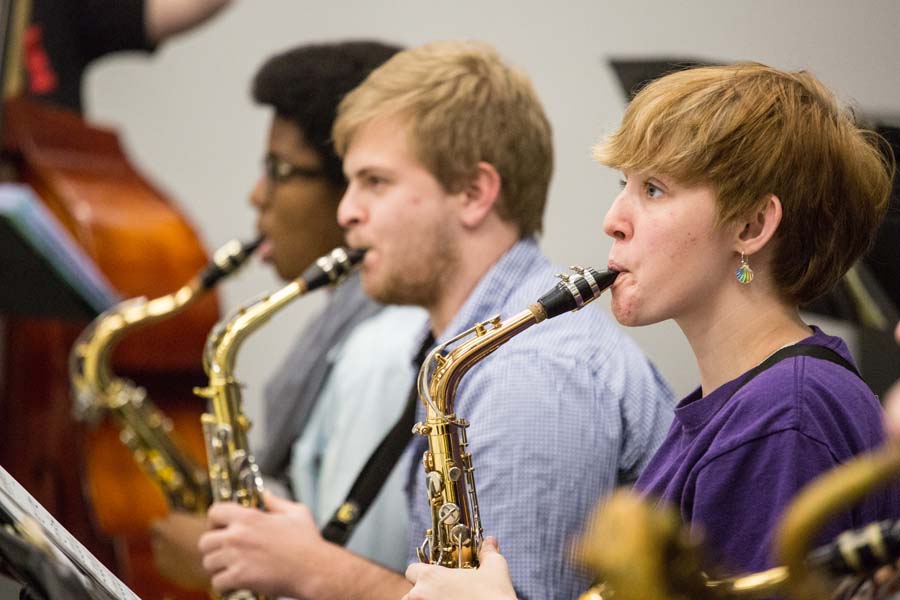 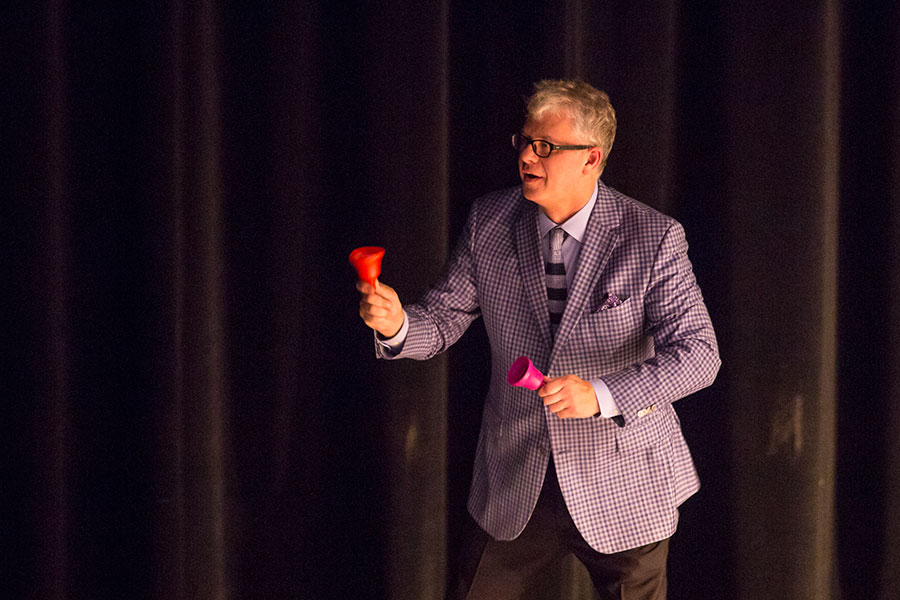 Matt & the band played one tune on toy bells