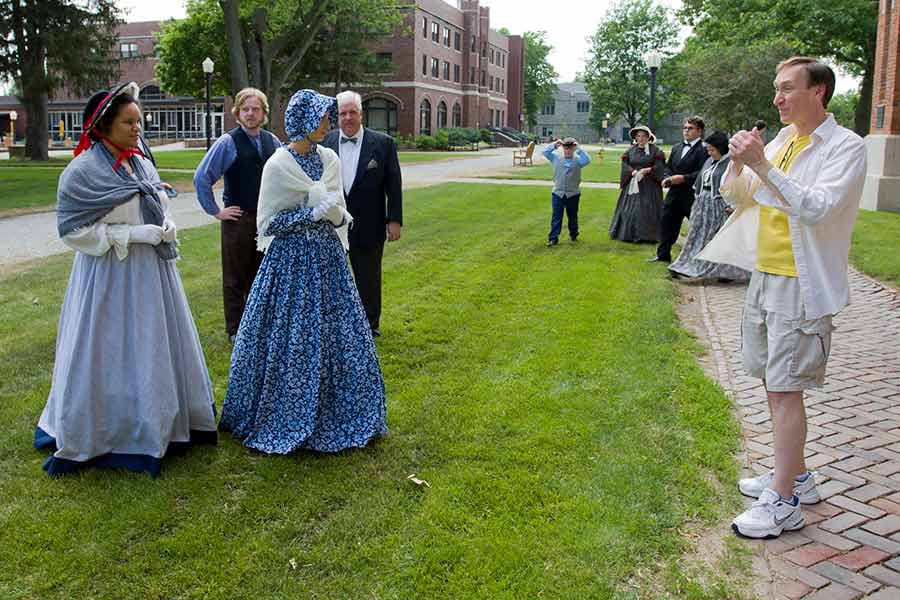 College students and the community played a major role in the original Lincoln-Douglas Debate at Knox College in 1858, cheering the politicians in the historic national argument over slavery. And students and the community were engaged again this year, in the creation of a film that condenses the years-long struggle and a months-long campaign into the words and actions that occurred in the crucial moments just before Abraham Lincoln and Stephen Douglas stepped onto the platform outside Knox's Old Main, the only original site that remains from the series of seven debates throughout Illinois.

Leading the project, which is now in a year-long post-production phase, is 2019 Knox graduate Eric Newnham, the writer, director, and executive producer.

Newnham first came to Knox in the 1980s as a theatre major, but his college career was interrupted by three decades in business, including work as an actor and producer in the entertainment business. He most recently appeared as Sylvester Stallone's nemesis in Escape Plan 2. He's also worked in a touring theatre company and as a theatrical producer, managing dinner theatre productions for a hotel chain.

Then, in the fall of 2018, Newnham decided to go back to the classroom to complete his bachelor's degree. He graduated this spring with a self-designed major in entertainment business.

"At Knox I was a theatre major, so I had rigorous course work in that area," Newnham says. "When I came back and designed the major, I focused on the business side. I had real-world experience, but I didn't have the academic background. After having run my own businesses, I'm happy to take the business classes, such as management principles and accounting, that I hadn't taken before."

Students from Knox College and Carl Sandburg College, Galesburg High School, and local grade schools as well as volunteers from the community, including Galesburg's Prairie Players Civic Theatre, helped fill out both the on-camera crowd of spectators and the behind-the-scenes production crew.

Jelani Givens '20, who has acted in student-directed productions at Knox, portrayed James Madison Searles, a Knox student in 1858, during the three days of filming in June.

"Eric and I are fraternity brothers and he recruited me to be in the film as soon as we met in the fall," said Givens.

A physics major who is spending the summer of 2019 conducting a theoretical physics research project, Givens describes acting as a hobby that enhances his work in science. "Theoretical physics takes a lot of creativity. Indulging in creative acts helps me think of creative and innovative ideas in physics."

Newnham credits Knox with providing him an opportunity to bring together his interests and experiences in both business and theatre. "It's a good example of how Knox is open to ideas. The college wants students, including myself, as a nontraditional student, to realize their dreams and academically explore unique and special areas."

Newnham's project was made possible thanks to the Knauss Research Award. 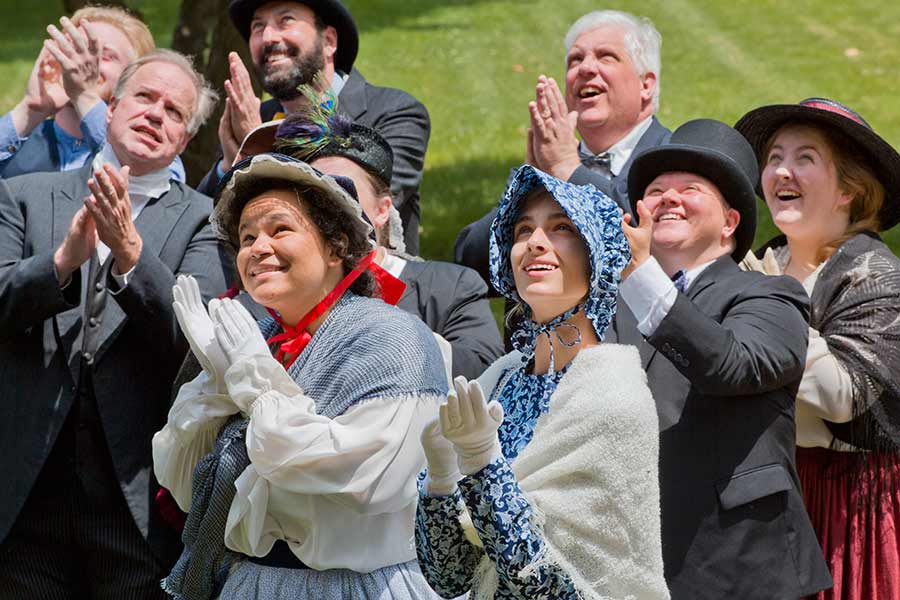 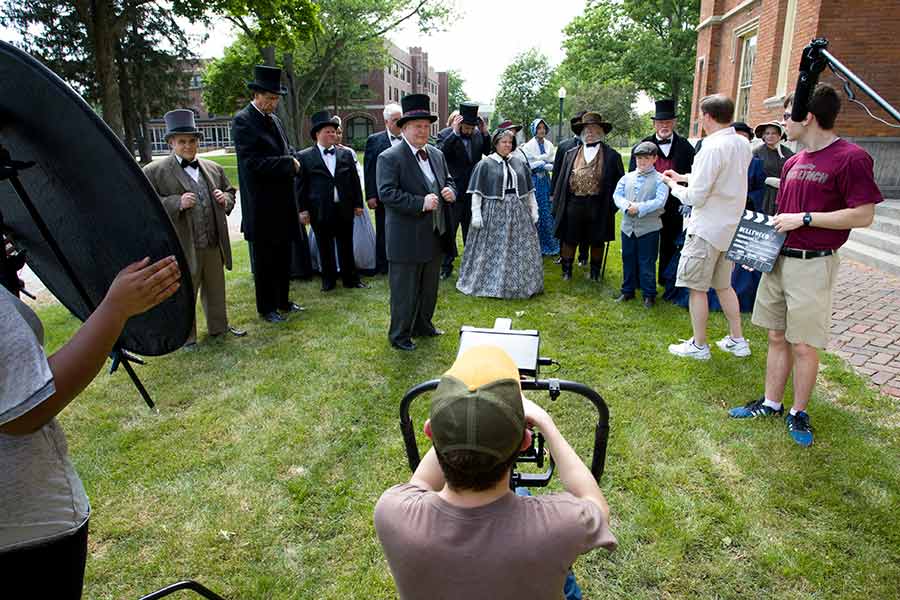 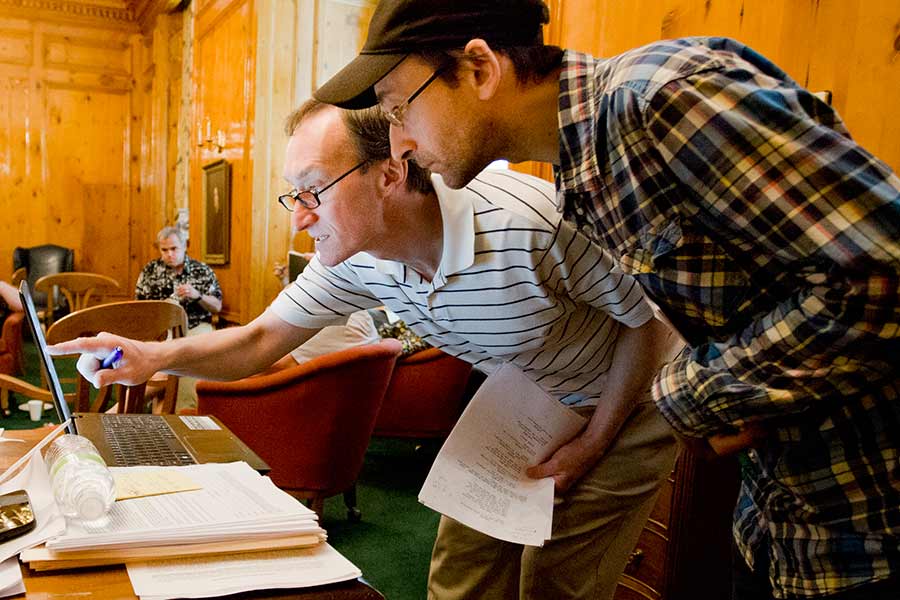 The Knox College Choir will sing its farewells in preparation for upcoming spring tour in France.