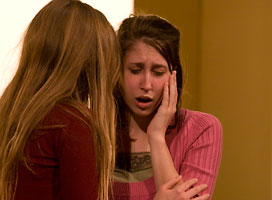 Knox College Theatre presents the Greek tragedy "Medea," by Euripides, at 7:30 p.m., nightly November 3-6, 2010, in Harbach Theatre, Ford Center for the Fine Arts, on the Knox campus in Galesburg, Illinois.

Tickets are $10 for adults, $5 for senior citizens and Knox College alumni, and free to all Knox students, faculty and staff. Tickets are available at the door one hour before each performance, or by making advanced reservation at 309-341-7472.

Directed by Jeff Grace, visiting assistant professor of theatre, the production features both a modern verse translation by Robin Robertson and a modern set and design. 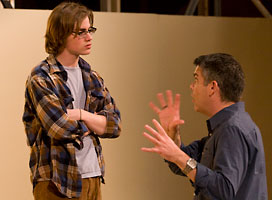 "'Medea' is a more than a revenge tragedy," Grace says. "The contemporary translation by Robin Robertson and the Knox production, designed by Craig Choma and Margo Shively, show how a bloody deed of vengeance grows out of injured love, sensitivity and suffering."

First performed in 431 BCE, the play draws its figures from an older Greek myth. The sorceress Medea enacts a shocking revenge on her husband, Jason, the Greek hero of the Argonauts, after he abandons her and their children for a new wife.

Photo, below: Before rehearsal, assistant stage manager Marina Capizzi and stage manager Ivy Reid check horoscopes. Trivia quiz: what part of the play is memorialized in a constellation? 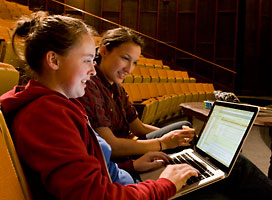 "We have taken the 'evil sorceress' out of our interpretation, and we're dealing specifically with the issue of infidelity," Grace says. "What does a woman do, when she's scorned by her husband? In our production, Medea is not a mythological character, she's a human being." 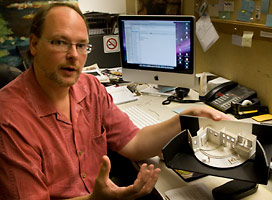