Harned hopes to convince communities that 'anything is possible' 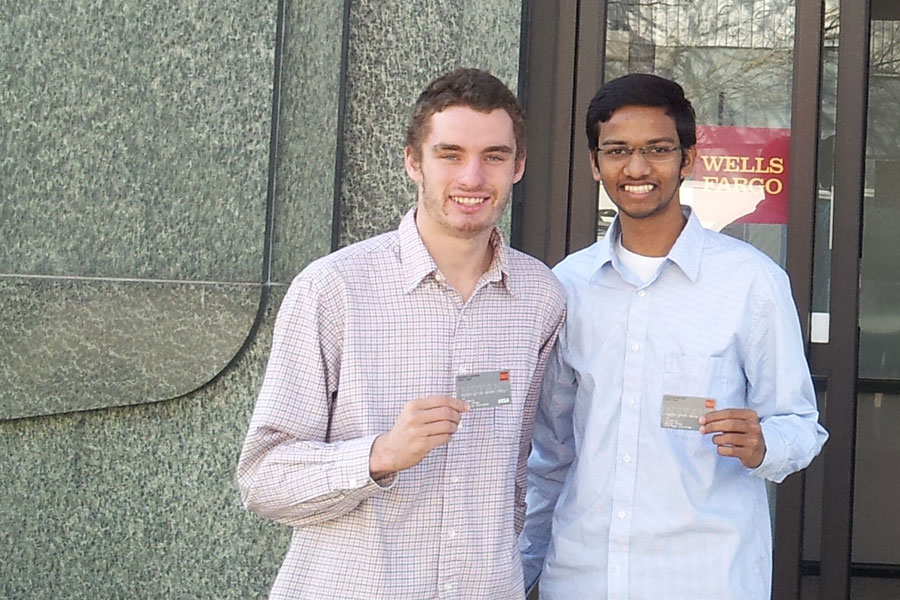 Starting and maintaining a nonprofit organization can be a daunting task. For sophomore Charlie Harned, founder of the Anything Is Possible Education Foundation, it's his passion.

The St. Louis, Mo. native recently took on a goal long in the making: to start an organization that would provide free ACT tutoring and scholarships to high school seniors who truly believe and exemplify the idea that anything is possible.

Since then, the organization has officially launched the scholarship online, offering $1,000 to a Knox County high school senior who can demonstrate, in a 200-500-word personal statement, that anything is possible. The Board of Directors - a panel of about seven Knox students who've helped found and maintain the organization - will judge the applications.

Though the scholarship is available to students only in Knox County, a student deciding to attend Knox College will not receive priority in the application selection process.

"I love Knox, but that's not the point of the scholarship," Harned said. "It's not to promote Knox, it's to promote ambition and life goals and that anything is possible."

The foundation will also provide free ACT tutoring to students in the Knox County area who need or want it, and will be available by Knox College volunteers, ideally in Seymour Library.

"I think it's really going to be a popular service once word gets out that there's free ACT tutoring because ... everyone knows the ACT is important. It's three hours and then it's over," Harned said.

The organization was officially incorporated in July, and since then Harned has been busy submitting bylaws, conflict of interest policies and several forms to gain nonprofit status by the IRS.

It's a daunting task and it's time consuming, but Harned claims that this is his "unpaid internship."

The idea percolated in high school when Harned and his best friend wanted to donate money to students in St. Louis's inner city to go to college. They realized, though, that the idea would have to be more far-reaching and provide a service. So they decided to organize free ACT tutoring.

Education, to Harned, is everything. His father is a public high school teacher, and education has always been important to the family.

"Ultimately, I think that's the issue behind everything," Harned said. "Let's say illegal drug use -- it's tough to monitor everything, but ideally you have such a high level of drug education in school that kids decide not to do it. That could be said for any problem. It all falls down to education."

Right now, the scholarship is constituted, contingent and sustained by small donations and sales from items like wristbands and t-shirts, but Harned ultimately aims to sustain the organization through grants and donations.

His end goal is to widen the organization throughout the nation.

"If I end up going to law school, I'll take it to wherever I go to law school, and after law school I'd like it to be big enough to have a job there. That's the goal," Harned said.

The charity, though fledgling, is growing slowly, and Harned plans on growing it more and more.

"So the goal is to ultimately get to a level where it can be set up at any university or any small college in America. If it catches on at Knox, it moves to Monmouth and then to Grinnell, Cornell," he said. "I really do believe that this charity can become a national charity and change hundreds of thousands of kid's lives. Anything is possible."