Knox Professor Studies the Intersection of Science Fiction and Religion 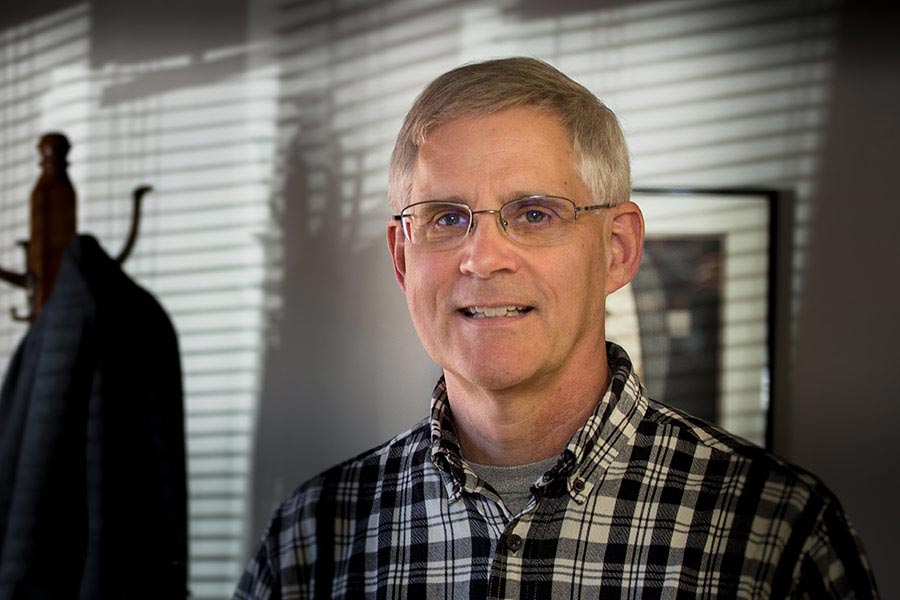 Thrall's papers drew on a chapter titled "The Authority of Sacred Texts in Science Fiction," that he contributed to The Routledge Companion to Literature and Religion, published earlier this year.

The Man in the High Castle novel and its television adaptation are set in the United States and explore alternate realities of what life would be like if the Axis Powers had won World War II. The novel looks at hypothetical situations through the lens of mass media, questioning what impact presentations of information have on our culture.

"I talk a fair amount in the paper about [Philip K. Dick] thinking about the role of media in shaping reality. In this sense, the media becomes a sacred text that ends up shaping how we view our universe," Thrall said.

Much of Thrall's academic research has focused on science fiction in relation to popular culture, literature, film, and other media. One of the courses he teaches is Religion and Science Fiction, which examines the fusion of those topics.

Thrall's interest in religious studies developed from an early age; he grew up in Japan, Burma, Korea, and the Philippines as a member of a U.S. Foreign Service family, and was fascinated with the Eastern religions that surrounded him.

Thrall developed a liking of science fiction just as early in life.

"I've just been reading [science fiction] since I was a small boy," he said.

Thrall is chair of the religious studies program at Knox, and he is faculty advisor for Fusion, a journal of interreligious dialogue. Thrall has been published in a variety of academic journals and has presented his papers at conferences worldwide.