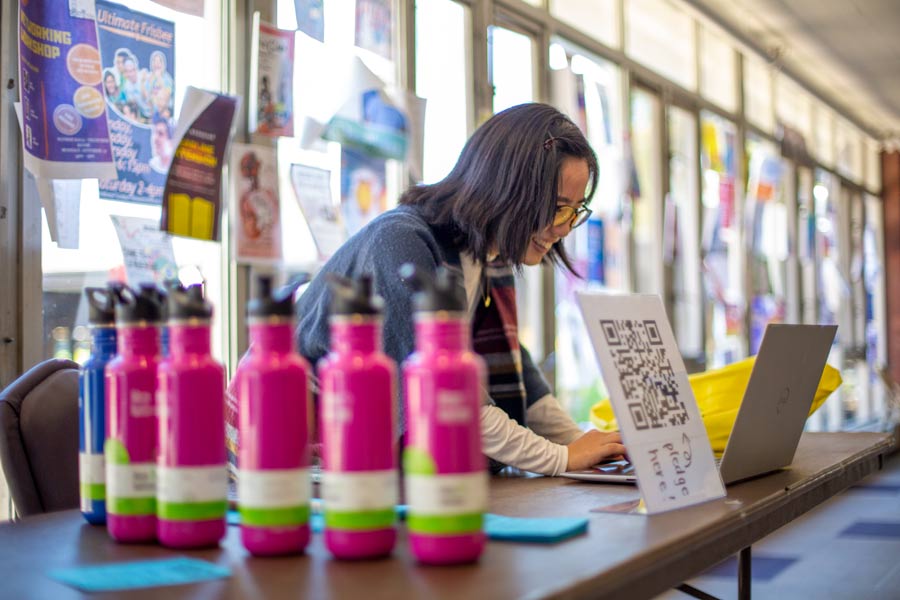 Knox College has recently received two recognitions that affirm the College's deeply rooted values of sustainability and environmentalism. Knox has been named as one of The Princeton Review's "Green Colleges" and as one of the Sierra Club’s “Cool Schools” of 2019.

The Princeton Review Guide to Green Colleges: 2019 Edition uses data from nearly 700 schools that generally assesses “the schools' academic offerings and initiatives, campus policies and practices, and green-career preparation for students,” according to The Princeton Review. The guide identified a total of 413 environmentally responsible schools as the "Green Colleges."

The Sierra Club considers elements of curriculums, food & dining, energy, waste, research, and transportation at hundreds of colleges in compiling its annual list of the most sustainably progressive schools in the nation. Knox has made the “Cool Schools” list dating back as far as 2009 for the College’s achievements in cultivating sustainable living on campus and in the community.

Sustainability is a priority at Knox.

For example, the College's Office of Sustainability works closely with students and the community by developing the Knox Farm, Bike Shop, and Share Shop, among other sustainability initiatives on and off campus.

Knox also has a chapter of the Food Recovery Network (FRN) which rescues leftover food from the cafeteria that would otherwise be wasted and brings it to local charities and other organizations. The FRN is active on campus and in the community, most recently holding Weigh the Waste, a biannual event in which students are asked to weigh their food waste at mealtimes in the cafeteria.

Steinberg also said that Knox was awarded first place for the second year in a row in the “Food Organics” category of RecycleMania’s eight-week 2019 competition and, through Knox’s chapter of the FRN, donated almost 5,000 pounds of leftover cafeteria food. Steinberg added: “In July 2019, [Knox won] the Food Waste Reduction Case Study competition also hosted by RecycleMania.”

Additionally, Steinberg said that Knox was named a bronze-level Bike Friendly University in 2018—a designation that stays in effect for three years.

Photo at top of page: High-quality, reusable water bottles were purchased recently through the Sustainability Fund and were given away to members of the Knox community who signed a pledge to live sustainably.