Billions of e-mails are sent all over the world every day. How people interpret those messages is the topic of a new paper by Knox College Professor Frank McAndrew and Knox recent graduate Chelsea De Jonge '10, the result of research conducted during De Jonge's senior year at Knox.

The paper could be "the first of its kind," McAndrew said, because it examines how e-mail authors are perceived. Other research into e-mail generally has focused on how people express their personality traits when they write and send electronic messages.

McAndrew, Cornelia H. Dudley Professor of Psychology, has previously studied nonverbal communication -- touch, expression, and eye contact. The new paper co-authored with De Jonge, published in Social Psychological & Personality Science, focuses on the other end of the spectrum: how individuals communicate without all the "extras" used to convey meaning.

"This kind of communication is something humans are completely unprepared for, evolutionarily speaking," he said.

"People use things like tone of voice and facial expressions to transmit nuances of meaning, but if you're doing e-mail or texting, all that is gone," McAndrew added. "That's why people get in trouble when they use e-mail because they'll be sarcastic...and they think the other person is going to know that, but the other person doesn't, and then things get blown out of proportion."

In the study, participants read a few e-mails that were nearly identical. They differed only in three ways: how they used punctuation, how many typographical errors they included, and whether they were written in first person or third person.

Participants in the study were asked questions about their perceptions of each e-mail's author. For example: Did the sender seem happy, angry, or apathetic? Was the sender a subordinate of the receiver or a supervisor? 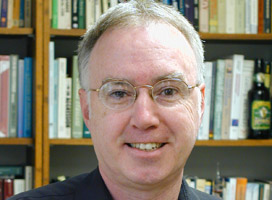 When the numbers were crunched, it was clear that punctuation carries a lot of weight. The use of exclamation points or question marks was the most influential factor in e-mail interpretation.

If an e-mail message had no punctuation, the author was seen as a superior of the person receiving the message. Exclamation marks indicated the e-mail's writer and sender were friends. The study's participants assumed that the authors of punctuation-filled e-mails were female, and that e-mails without punctuation were written by men.

McAndrew theorized that an e-mail's punctuation is important because it provides context, just as facial expressions and tone of voice do in face-to-face conversation.

Punctuation is "the one thing that you can play with to communicate what you intend by the words," he said. 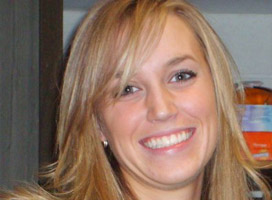 The research by McAndrew and De Jonge found that an e-mail's tone could change, depending on whether it was written in first person or third person. If a message used the third person and was punctuated with exclamation points, the author was perceived as an angry supervisor. But if the e-mail used the first person, participants were more likely to think the writer was an excited friend.

The paper started as De Jonge's senior independent research project. A psychology major, she got the idea from talking to a family member who had to send e-mails for her job and grew frustrated when no one wrote back. When De Jonge's relative began to put intentional typos in her e-mail, more people seemed to respond.

McAndrew encouraged De Jonge to pursue the theory. De Jonge then conducted the bulk of the research during her senior year, in collaboration with McAndrew.

This is not the first time a Knox student has been published in a psychology journal. According to McAndrew, an undergraduate student being published "is relatively unusual in the universe, but not terribly unusual at Knox. In our department, we average probably at least one per year, and there's usually more than one."

De Jonge hopes to take this research further. "There are actually a lot of implications of implementing e-mail in the workspace," she said. "I would love to explore it more."

Founded in 1837, Knox is a national liberal arts college in Galesburg, Illinois, with students from 48 states and 51 countries. Knox's "Old Main" is a National Historic Landmark and the only building remaining from the 1858 Lincoln-Douglas debates.