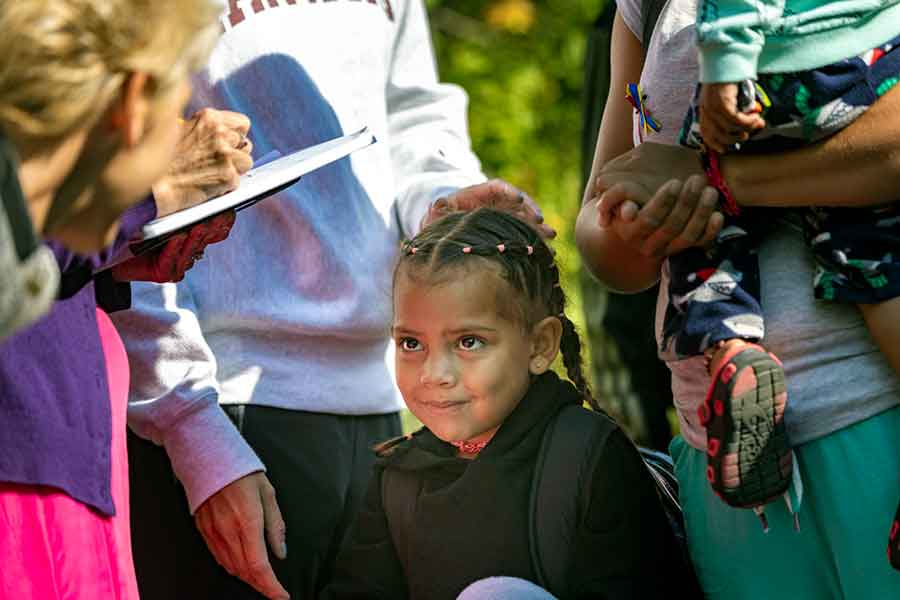 A young Venezuelan girl smiles as a volunteer says goodbye before boarding a bus to leave Edgartown and take them to the mainland. (Jesse Costa/WBUR)

Asylum seekers from Venezuela who arrived in Texas and were sent to Martha’s Vineyard seem far removed from Knox College’s Galesburg campus. But students minoring in Spanish translation and interpretation became part of the recent top news story.

Robin Ragan, professor of Spanish, has certifications in medical and legal interpretation and has worked on numerous projects in the United States and in Mexico, often accompanied by Knox students. In 2020, she was doing pro bono work for asylum seekers and met Cynthia Griggins, a psychologist from Ohio, who volunteers through the Physicians for Human Rights Asylum Network to help asylum seekers; receiving a psychological examination helps migrants with the visa process. Griggins decided to work with the Venezuelans who were transferred to Martha’s Vineyard and asked Ragan to accompany her. Ragan was unable to go, but she recruited past and present students from her translation and interpretation classes to act as interpreters from afar.

Ragan, three current students, and a Knox alumna worked with Griggins as interpreters. Autumn Crow ’23, Jimena Armenta ’24, and Oscar Sanchez ’23 are on campus, and Ashley Pineda ’22 lives in the Quad Cities. They connected with Griggins and the asylum seekers by phone.

“It’s exhausting and emotional work,” Ragan said after completing a three-hour interview with one of Griggins’ clients. “We are doing this over the phone, so we don’t get the visual clues that could help, and sometimes the connection isn’t all that great.”

“Venezuelans speak fast and doing this on the phone was challenging,” Griggins said. “The evaluations can last two-and-a-half to three hours, and everyone is volunteering. The students were awesome.” 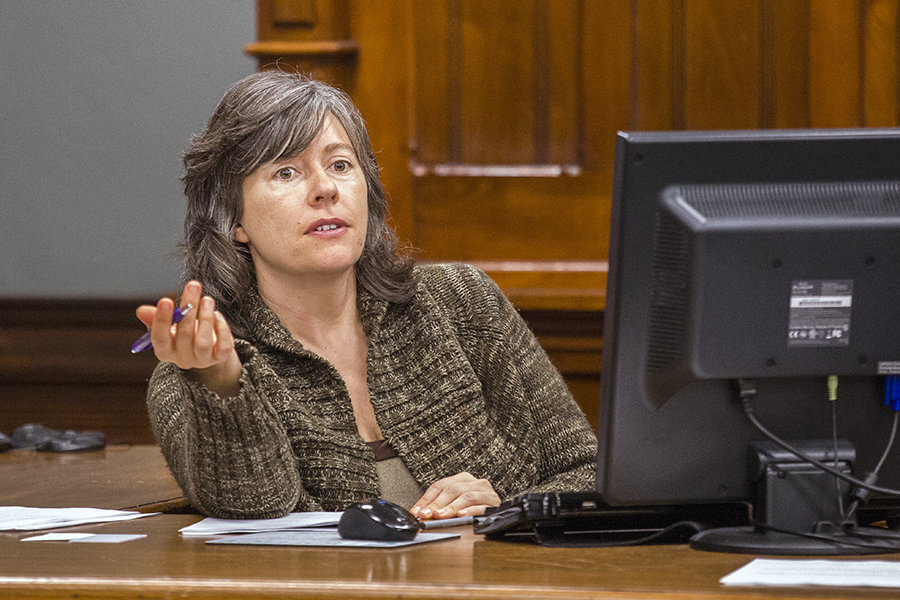 "We Are Their Voice"
Ragan explained that interpreters are trained to repeat in the client’s first-person voice, which makes the relationship between the two parties more authentic, but, when dealing with cases of trauma, can also be very emotional.

Armenta is majoring in Spanish and biology. “I was prepared for everything, but it was a shocking story,” she said. “It was emotional. I got teary-eyed multiple times, and when you are interpreting, you have to do everything with the exact emotion of the other person. It’s hard not to put yourself in those shoes. One of the biggest things is to keep drinking water, so you don’t cry.

“These people obviously come here with a dream, and it’s just so emotional to see them go through everything. They have a bunch of trust issues—it’s hard for them to trust the psychologist and people who are trying to help them. I’m happy that they are able to get help. At the end of the day, they just want the best for themselves and their kids.”

“Many people think that interpreters just have to get the gist of what the person is saying, but that’s not good enough,” Ragan said. “We have to be exact, take notes, know when and how to interrupt the speaker if something’s not clear.”

Pineda ’22 was one of the first to receive a minor in translation and interpretation from Knox. As a child of immigrants growing up in Houston, Texas, she didn’t speak English until she was 11 years old. She has worked as an interpreter for a psychologist and currently works part-time for an organization in the Quad Cities that offers affordable legal assistance to immigrants.

“My father didn’t speak English,” Pineda explained. “I acted as his interpreter when I was growing up, but I didn’t realize until I came to Knox that interpreting is more than just translating what the person is saying. We have to be advocates for the clients as well—we are their voice." 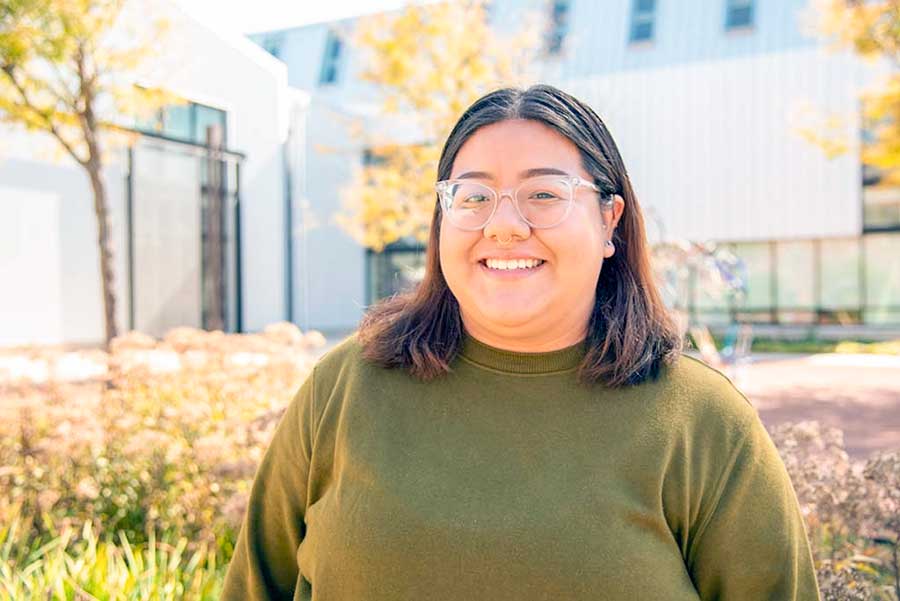 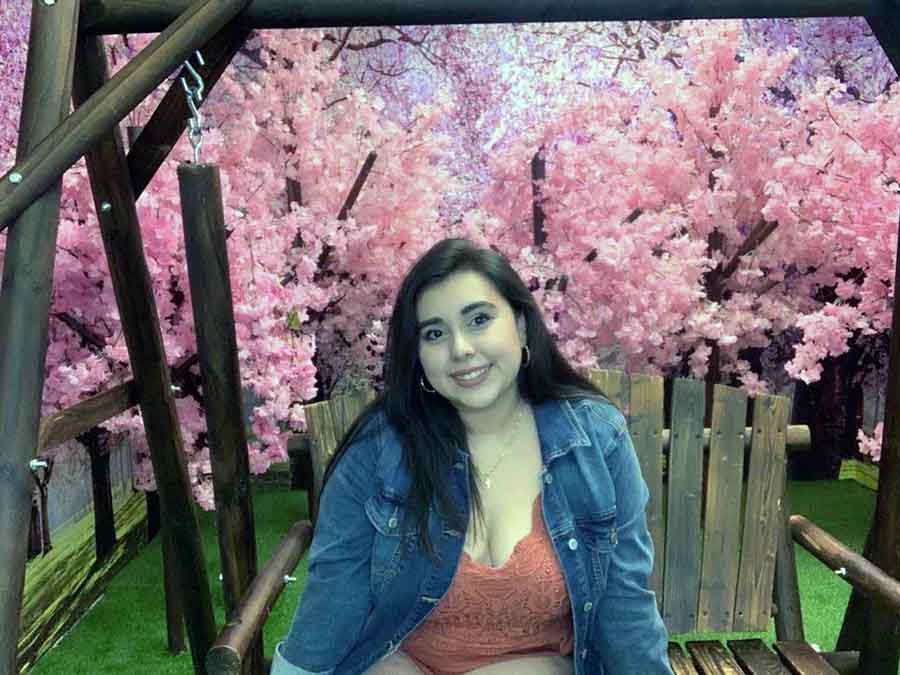 Traumatic Experiences
“The asylum seekers told us about their childhoods, their journey here and the additional trauma of being transported across the country," Pineda said. "We had to tell of that in the first person and it was extremely hard—there were moments when I would be interpreting, but my mind would just go blank in every other regard. It's almost as if it was on overload from all the emotions.”

Pineda related that Ragan’s class has made her aware that, as an interpreter, she can suffer from second-hand trauma and has to prepare to deal with the stress the work brings. “I still feel the emotional effects of the interviews that happened over a week ago,” she said. “If not for Robin’s classes, I wouldn’t know how to explain this feeling and how to handle it.”

“The stories that we heard were all stories of violence and threats,” Griggins said. “This is not just economic stuff. It’s way beyond …  the horrendous stories of walking through Colombia, Panama, all of the Central American countries, then Mexico, going through the jungles, getting robbed, kidnapped. Then we had to listen to what happened to them once they got to the United States and how they were transported.

“They finally made it to the United States and were feeling a little bit safe, then they got on a plane, not knowing where they were going—they got so scared. Most of them were sure they were being deported.”

Minor in Spanish Translation and Interpretation
“I've always enjoyed the challenge of interpreting,” Ragan said. Her interest was piqued when she was asked to act as an interpreter for a midwife once and decided to study for certification, first in medical interpreting and later for court interpreting. “The legal side has become more prominent in recent years,” Ragan said. She has taken students on trips to the U.S./Mexico border to act as translators and interpreters for legal aid organizations.

Knox’s minor in Spanish translation and interpretation is unique among liberal arts schools. “Many larger state schools have programs in literary translation, but they are not typically taught to undergraduates,” Ragan said. “Many of our students are already bilingual heritage speakers who are interested in practical application for their skills.” She added that some are interested in pursuing degrees in medicine or law and find that the minor makes the Spanish courses more relevant to their professional lives.

Armenta grew up in a Spanish-speaking household. “This class has made me more secure about how I speak my language, Spanish,” Armenta said. “I used to think that I was a horrible Spanish speaker, but I have gained so much confidence because of this class. I stopped speaking Spanish for a year or two when I was in middle school. My mom told me it was a skill I would be grateful for in the future.”

More information on the minor in Spanish translation and interpretation.

The McNair Scholars Program aims to increase the number of low-income and first-generation students and students from underrepresented groups at Knox who successfully attain Ph.D. degrees.