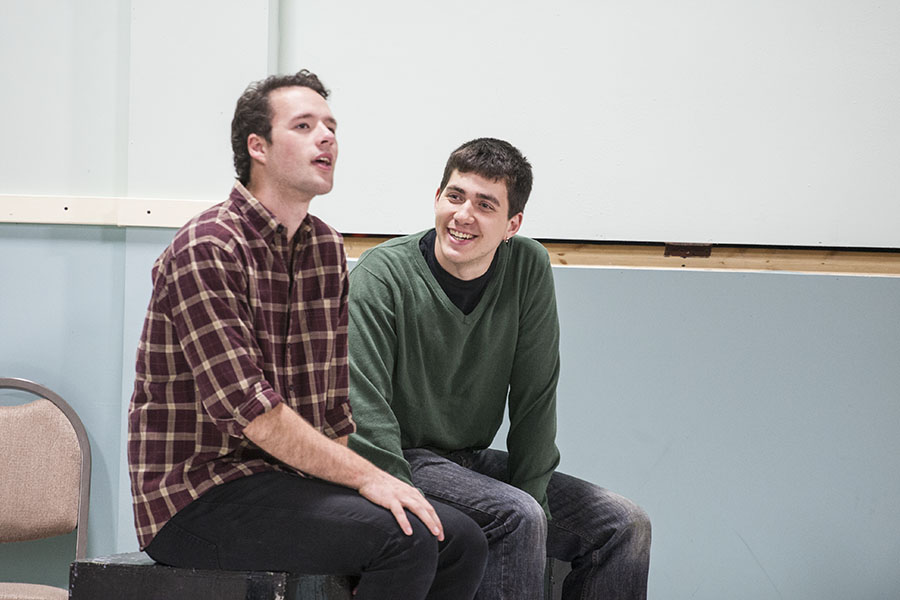 Knox College Theatre presents Next Fall, by Geoffrey Nauffts, at 7:30 p.m., Wednesday-Saturday, November 6-9 in Harbach Theatre, Ford Center for the Fine Arts, on the Knox campus in Galesburg, Illinois. Tickets are $10 for adults, $5 for senior citizens and Knox College alumni, free to all students with school ID and free to Knox College students, faculty and staff. Tickets are available at the door one hour before each performance or by advanced reservation at 309-341-7472.

Next Fall is a drama about a gay couple, Luke and Adam, whose religious differences come into sharp focus when Luke is injured in an accident. "The play alternates between past and present to trace the five-year evolution of a relationship between Adam, an agnostic, and Luke, a fundamentalist Christian," said the director, Jeff Grace, assistant professor of theatre.

As Luke is hospitalized in a coma, and his family and friends meet in the hospital waiting room, the play flashes back to significant events of Luke's life with Adam. The New York Times described the play as "artful, thoughtful and very moving... [and unlike most contemporary "topical" theatre productions,] the kind of gently incisive, naturalistic play that rarely materializes anymore..."

Premiered in New York City in 2010, Next Fall won the John Gassner Award for playwright Geoffrey Nauffts from the Outer Critics Circle Awards, as well as several Drama Desk and Tony Award nominations.