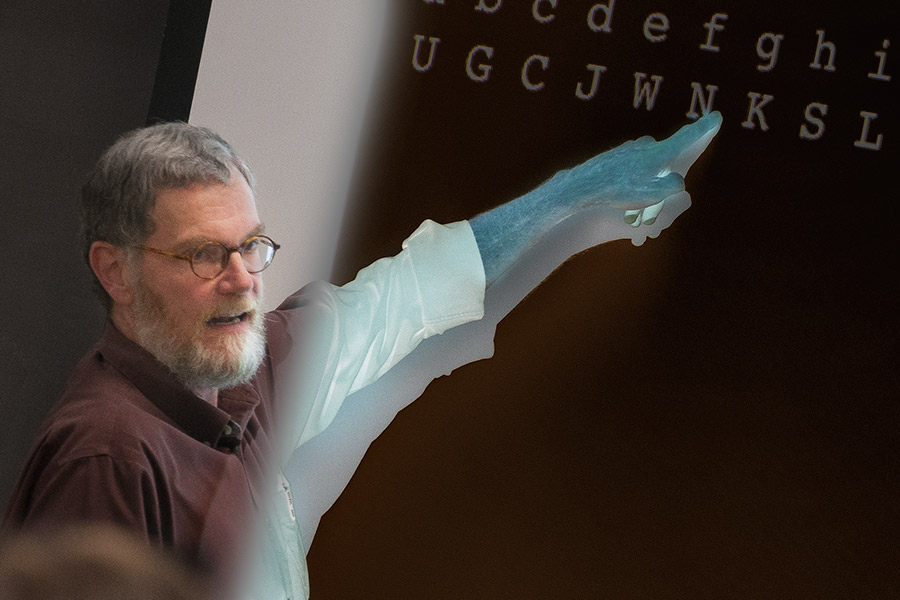 John Matthews Manly was a college professor who brought a unique blend of skills to his service as a cryptanalyst, or codebreaker, in the U.S. Army's Military Intelligence Division: a background in mathematics, childhood interest in secret codes and professional training as a scholar of literature. Dooley's book about Manly, Codes, Ciphers and Spies: Tales of Military Intelligence in World War I, was released in April.

A member of the Knox faculty since 2001, Dooley is the William and Mary Ingersoll Professor of Computer Science. The book is his second on the history of cryptology, which covers both cryptography and cryptanalysis—the encoding and decoding, respectively, of secret messages.

Codes, Ciphers and Spies showcases a series of previously unpublished feature articles written by Manly some 10 years after World War I, narrating the wartime accomplishments of his unit, the Code and Cipher Section, known as MI-8.

Although Manly's service was entirely state-side and desk-bound, his articles feature the exciting stuff of espionage—spies, coded letters, plots to blow up ships and munitions plants, secret inks, smuggling, treason and desperate battlefield messages. Manly explains through numerous diagrams, how messages were encoded and decoded.

Manly also asserted that America was far behind the other nations involved in World War I—especially in the area of cryptology, which Manly called "a new means of overhearing the enemy's talk and plans."

When the U.S. entered the war with Germany in 1917, Manly was a 51-year-old professor of English literature at the University of Chicago. He volunteered for service in military intelligence and was assigned to MI-8.

While the European armies were equipped with extensive cryptology operations, Manly wrote that his unit began with only "one officer and one clerk." During the 18 months of U.S. involvement in the war, MI-8 grew to a total of 165 personnel, based in Washington and New York. In addition to military messages, the section handled civilian spy communications and the development of new systems for use by American forces.

Manly completed 12 articles about MI-8 in 1927, but they were rejected by Collier's Weekly—one of the nation's largest circulation magazines at the time.

"The Collier's editor felt the writing was too academic for a general audience," Dooley says. After a failed rewrite, Collier's returned the articles to Manly, who apparently filed them away and never returned to the project.

Eerily similar to the final scene in the film Raiders of the Lost Ark, the articles passed through several hands after Manly's death in 1940, including actual "top men"—a couple of Army generals—before getting shuffled in with the personal papers of William Friedman, a friend of Manly's and another key figure in the history of cryptology and the U.S. military.

Dooley was researching Friedman at the Marshall Library at Virginia Military Institute in 2012 when, he recalls, he found photostatic copies of Manly's articles, buried within thousands of pages of Friedman's personal papers.

"I looked at the articles and said to myself, 'this is important stuff, people should know about it'," Dooley says.

While a historian at VMI had previously indexed Manly's documents, Dooley recognized them as an unpublished narrative from an important transition period for U.S. military intelligence.

"Before World War I, encoded messages were transmitted via telegraph, or they were carried by messengers," Dooley says. "There were relatively few coded messages because it was very burdensome to do the coding by hand."

"By World War I, and particularly once the militaries started using radio, the number of encrypted messages just exploded," Dooley says.

"Codebreaking during World War I required trial and error, and a lot of messages were never broken," Dooley says. "The techniques and technology we use today, statistical analysis and machines to make and break codes, had not been developed yet."

An important skill for codebreakers was understanding the patterns of language, Dooley says. "You had to know about language, and how languages and texts are structured."

Which is where Manly filled the need. Interested in secret codes since his youth, he also was educated in mathematics and had taught it at the college level. But he was world famous in an entirely different field—philology, the study of the structure of language and literature.

Manly's works include analyses of numerous works of literature, guides for spelling and grammar, and how-to books about writing for business and advertising; his study guide on American literature notes both Knox alum Edgar Lee Masters and Galesburg native Carl Sandburg.

Manly is best known for his work on the 15th century English author Geoffrey Chaucer. Manly and Edith Rickert, a colleague at the University of Chicago, spent years analyzing the language of The Canterbury Tales, producing an eight-volume authoritative text on Chaucer's most famous poem.

"During the war Manly and Rickert, who was working as a civilian employee of MI-8, labored for a long weekend to decrypt a code used by a German spy who was convicted of plotting to foment dissent among American labor unions and sabotage munitions bound for American allies," Dooley says.

"First, they had to guess the original language of the spy's message," Dooley says. "Manly and Rickert hypothesized that it was in German. They did a frequency analysis—the patterns of letters that are specific to each language. Manly and Rickert knew how German works, they knew that the letter 'c' is always followed by the letters 'h' or 'k'."

"Manly's article is a masterpiece of how you decrypt a double transposition cipher," in which letters are rearranged using two formulas, applied successively, that obscure the original message, Dooley says. "There's a lot of guesswork, superbly educated guesswork."

Among the acknowledgments in the book, Dooley credits the assistance of Knox graduate Elizabeth King. A computer science major who graduated in 2013, King transcribed the texts of Manly's articles.

Dooley says his research on Manly also may find its way into his course on cryptography, though it's unlikely that today's crypto-experts will be professional scholars of literature as Manley was.

"Modern cryptography is highly mathematical," Dooley says. "Chaucer and literature were Manly's first love and profession. If he were working today, cryptography would still be his hobby."

Codes, Ciphers and Spies: Tales of Military Intelligence in World War I is published by the Copernicus Books division of Springer International. It is available in paperback and e-book formats from Springer and Amazon.

The Knox community's work is noted in The Princeton Review's Guide to Green Colleges and in the Sierra Club's list of "Cool Schools." 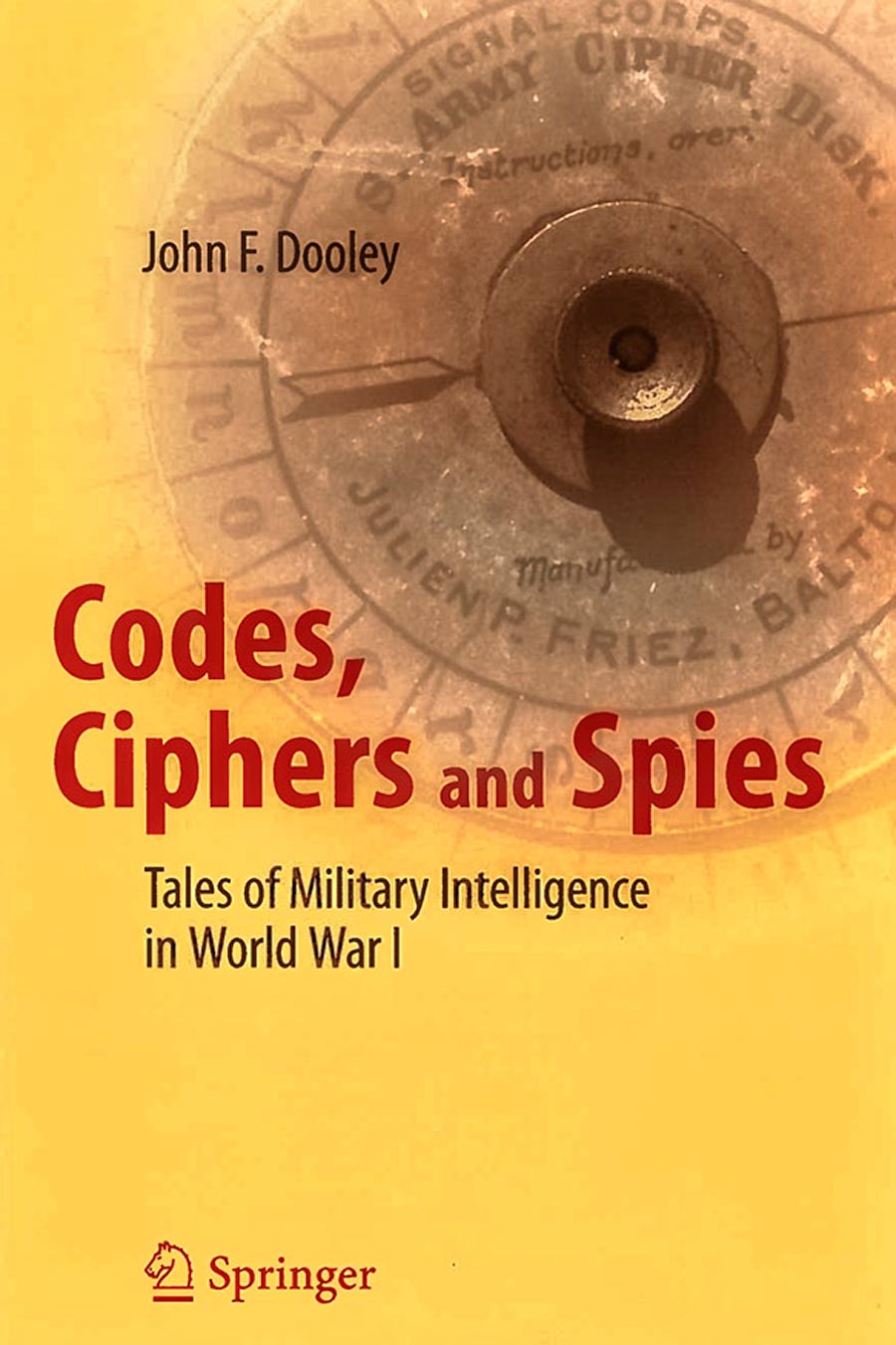 "fascinating insight into the mind of a nation at war." 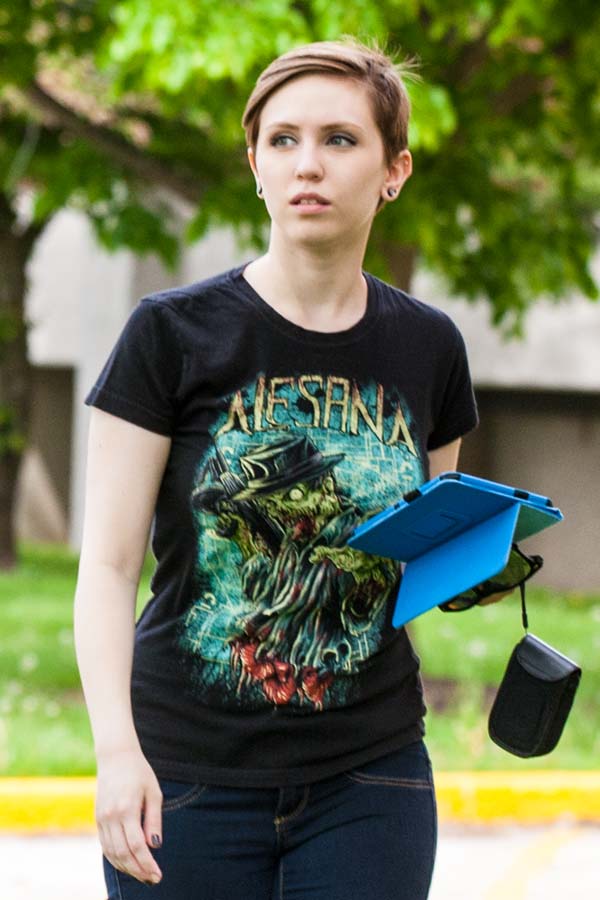