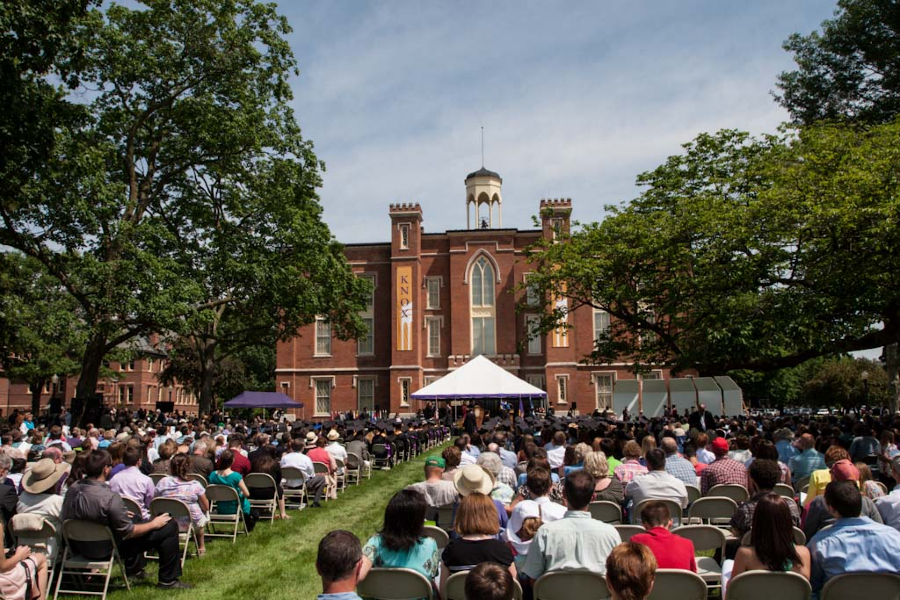 Actor and comedian Ed Helms and graduating senior Alex Uzarowicz addressed the Class of 2013 before President Teresa Amott welcomed the graduates to the alumni community.

Helms, in describing his journey on the way to a career in comedy, told the graduating seniors that fear of the unknown should be "a trigger for curiosity."

Fear "can be a spirit guide on your path to a successful life," he added. "Success lies in the tension between fear and discovery."

During the Commencement exercises, Katherine Elizabeth Miller and Joshua Richard Tatro were announced as winners of the John C. Weigel Prize, which is awarded to the member of the graduating class with the highest scholastic achievement.