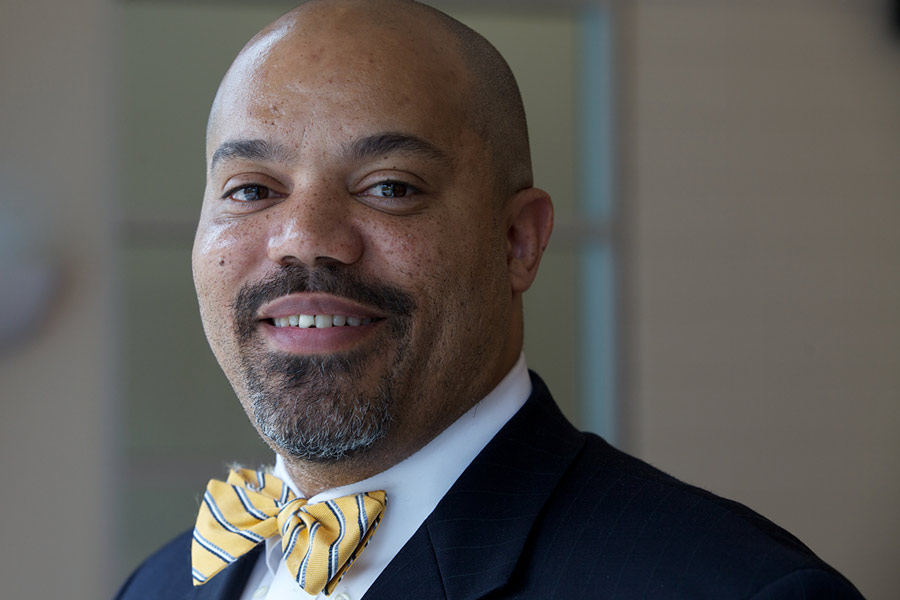 "Kai Campbell brings nearly 20 years of innovative leadership and experience in higher education, having worked across the spectrum of academia as a faculty member, a researcher, a thought leader, and an administrator," says Knox College President Teresa L. Amott. "His contributions to Morehouse and Swarthmore Colleges, from strategic planning and the introduction of innovative academic programs to renewed faculty governance, and his dedication to strengthening diversity among academic communities, most notably in the sciences and technology, make Dr. Campbell uniquely qualified to lead our academic program."

The provost and dean of the College leads all aspects of the academic program at Knox College, including oversight of the curriculum and leadership of the faculty. The provost also oversees numerous College programs and departments directly related to the educational experiences of students, including Athletics, Seymour Library, the TRIO and Ronald E. McNair Programs, the Vovis Center for Research and Advanced Study, and the Stellyes Center for Global Studies.

"Knox College is an institution with an extraordinarily deep commitment to the liberal arts and to diversity. It is an institution that works hard to live up to the ideal of being an engine of social mobility," said Campbell upon his appointment. "This commitment and ambition, along with Knox's notable history, are what attracted me to this position initially; the strong sense of community and dedication to students that I found when I visited campus compelled me even further. I am excited to be joining the Knox and Galesburg communities and am eager to learn more about their history and values. I look forward most to helping Knox College continue to meet its mission and to amplify its impact as a highly respected institution of higher education."

Campbell received his bachelor's degree in mathematics from Swarthmore, where he was a Mellon Mays Undergraduate Fellow and an Academic All-American wrestler, and earned his Ph.D. in mathematics from Rutgers University. He returned to Swarthmore as a Consortium for Faculty Diversity Fellow in the Department of Mathematics and Statistics, followed by an appointment to the faculty. While at Swarthmore, Campbell held several leadership positions, including associate dean for academic affairs, acting dean of students, and associate vice president for strategic planning and special assistant to the president.

In 2013, Campbell was appointed provost and senior vice president for academic affairs at Morehouse, where he facilitated the first change to the general education program in nearly three decades, enhanced the culture of shared governance, and reshaped the academic leadership. He played an instrumental role in securing resources for academic programs and broader institutional needs, including a $2.5 million gift to support STEM programs; a $1.2 million grant from the Gates Foundation to develop and evaluate innovative student success initiatives; and a $1.25 million Lilly Endowment grant to strengthen career pathways for students through improved curricular and co-curricular programming, structured internship opportunities, and enhanced advising.

Campbell's work in his field of mathematics has focused predominantly on exploring particular properties of elliptic curves and exploiting those properties to solve select problems in number theory. He is the recipient of many awards for his teaching and research, including the Minority Graduate Fellowship from the National Science Foundation; the Lindback Minority Junior Faculty Grant; the Woodrow Wilson Career Enhancement Fellowship; and the Henry Alder Award for Distinguished Teaching from the Mathematical Association of America.

He is also recognized for his innovative work to shape programs designed to engage and retain students underrepresented in STEM disciplines. In particular, he has worked with the Professional Development Program at the University of California, Berkeley to boost enrollment of African American, Latinx, and Native American students in graduate mathematics programs; helped design and administer alternative assessments for the Vanguard Scholarship Program of the National Action Council for Minorities in Engineering (NACME); and taught and consulted for the Enhancing Diversity in Graduate Education (EDGE) Program to strengthen women's success in graduate mathematics programs. In addition, he has served on the advisory boards for the Math is Power and Figure This! Campaigns, promoting math and science literacy to elementary and middle school-aged children and their parents. He is currently a Scholar in Residence at the New York University Tisch School of the Arts in the Interactive Telecommunications Program, where he is investigating, writing, and serving as a thought partner on topics at the intersection of technology, identity, art, and higher education.

"The caliber of the candidate pool for this position was outstanding, and Kai Campbell immediately rose to the top of that pool," said search committee co-chairs Vice President for Student Development Anne Ehrlich and Professor of Physics Chuck Schulz. "His ability to lead institutions through vital moments of change, as well as his commitment to diversity and inclusion, make him an outstanding match for Knox."

"I look forward to welcoming Kai to the Knox community and to his leadership as we continue to navigate the opportunities and challenges facing higher education today," said President Amott.

Campbell succeeds Laura Behling, who stepped down from her position in June 2017 to return to the Knox College faculty after four years of innovative academic leadership, and will assume his role at Knox in June.

Commencement will be on Sunday, June 7, on the South Lawn of Old Main. It is free and open to the public.