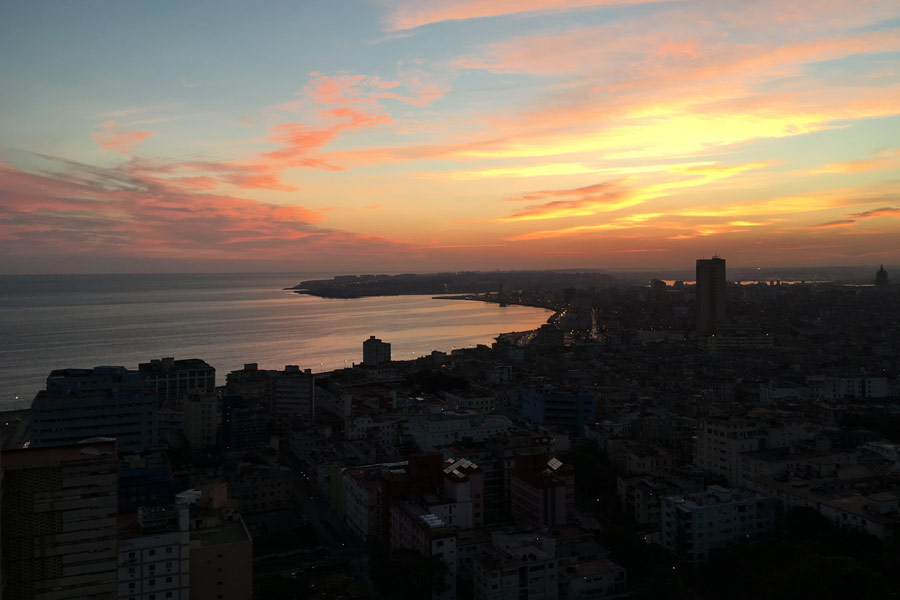 Members of the Knox College community recently traveled to Cuba to experience its culture, interact with its people, and gain insights into the life of writer Ernest Hemingway, who lived there for 20 years.

The Knox College Office of Alumni Relations organized the Cuba visit, which took place in late March and included 23 Knox alumni, friends, and faculty. Scott Schwar '70, who has led dozens of trips to the island country, served as travel guide.

The trip was fun and educational, participants said.

"I especially enjoyed all the arts, the opportunity to visit with young adults who were engaged in various fields of study, and spending the week with members of the Knox community," said Christine Eik Winick '73.

"I was thrilled by the quality of our itinerary, put together by Scott Schwar, who was a classmate of mine at Knox," said Sue Deans '70. "We focused on the arts, on Hemingway, on history, architecture, so many topics."

"Best of all, I knew a number of people in the group before we left, and even those who didn't know each other became fast friends during the trip," Deans added. "Knox people are smart, fun, and great traveling companions."

Schwar said that as travel guide, he acted as "the link between the Knox alumni office's desire to create a meaningful and shared travel experience for Knox alums and making it happen in Cuba, including travel and program arrangements for our 23 travelers."

Since 2000, he has accompanied dozens of groups—including medical associations and cultural delegations—to Cuba. Twice in recent years, Schwar has escorted Knox students and faculty members Robin Metz and Liz Carlin Metz when they traveled to Cuba as part of a literature class.

"It was interesting to me that the curiosity and intellectually probing interests of the two Knox student groups I escorted was duplicated in the alumni group," Schwar said. "Although many age groups were represented, the genuine rapport between all of the travelers was affirmative, comfortable and caring."

In Cuba, the Knox group visited several places associated with Hemingway, including his farm, Finca Vigía; one of his preferred bars, El Floridita; the Ambos Mundos Hotel room where he wrote For Whom the Bell Tolls; and Cojimar, a fishing village where The Old Man and the Sea was set. 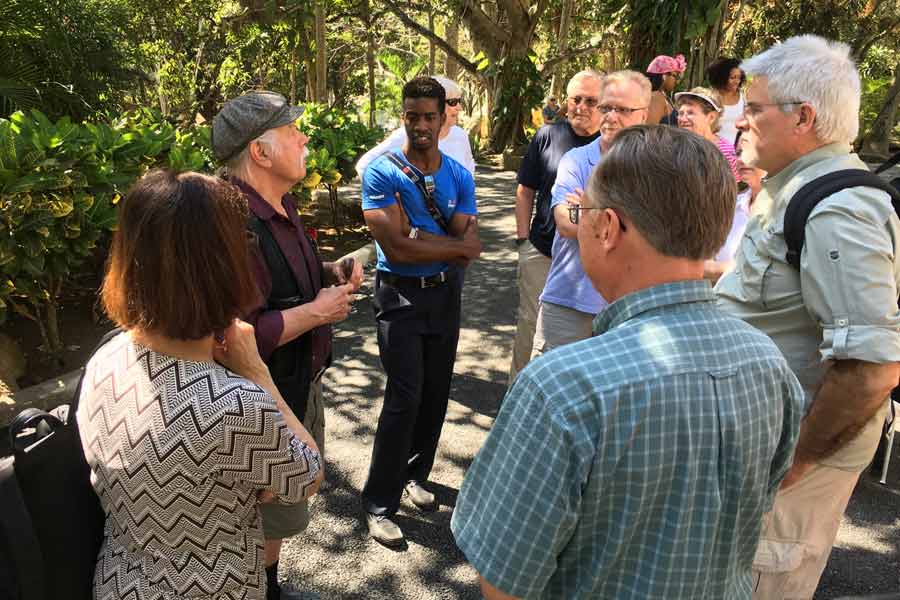 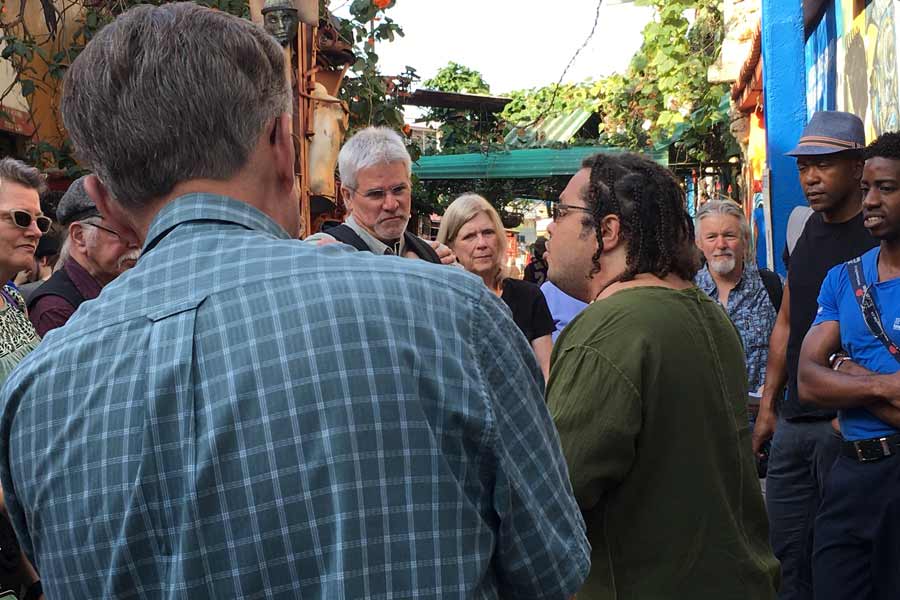 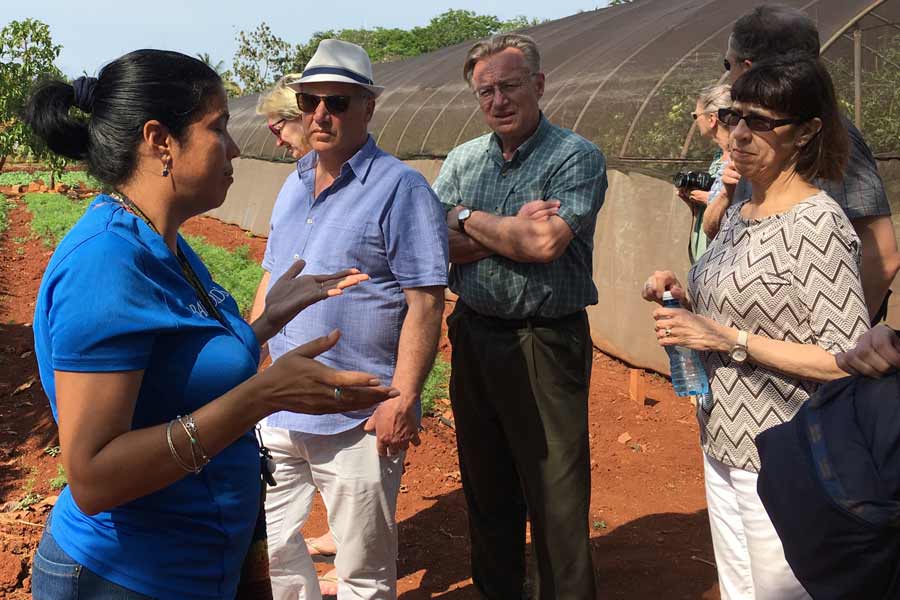 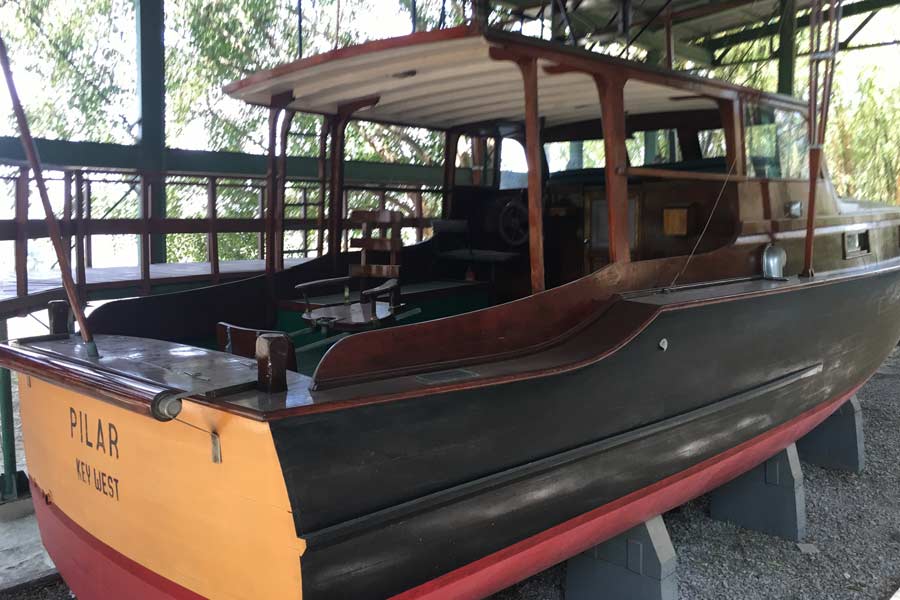 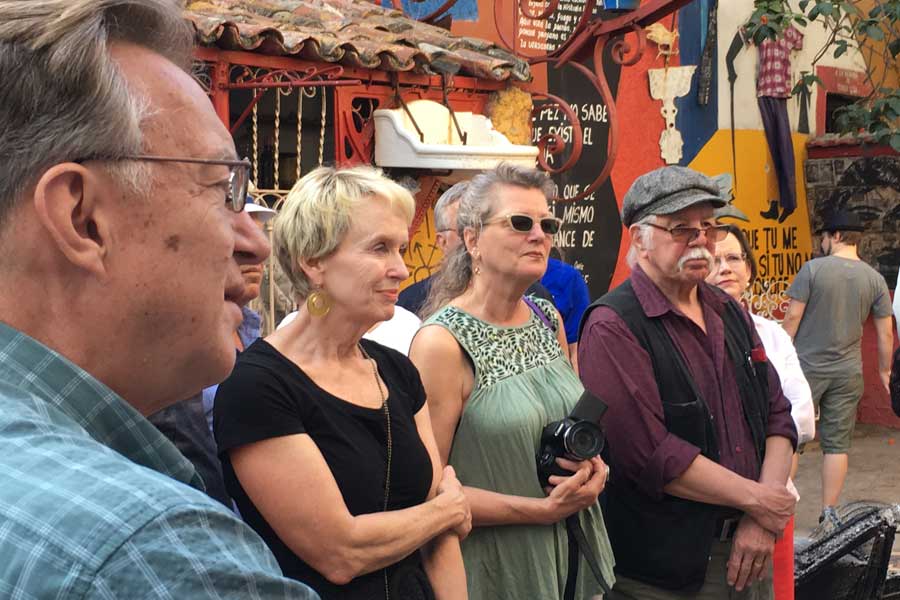 Several of the Knox travelers said they had been wanting to visit Cuba for a long while.

"When Knox offered the opportunity to the alums, we signed up without hesitation," James R. "Bud" Potter '63 said, referring to himself and his wife, Mary Jo Howe Potter '62.

Deans said that "as the barriers seem to be breaking down between Cuba and the United States," now seemed like a good time to go there. That proved to be true.

"It was a trip of a lifetime," she said.

Alumni response to the trip was so overwhelming that another trip to Cuba has been planned for December 2016 with Schwar and Assistant Professor of Anthropology-Sociology William Hope, who will share his expertise on Cuban culture and music. In June 2016, alumni will be touring the American Southwest with Instructor in Art (photography) Mike Godsil '76 and Art History Professor Greg Gilbert.