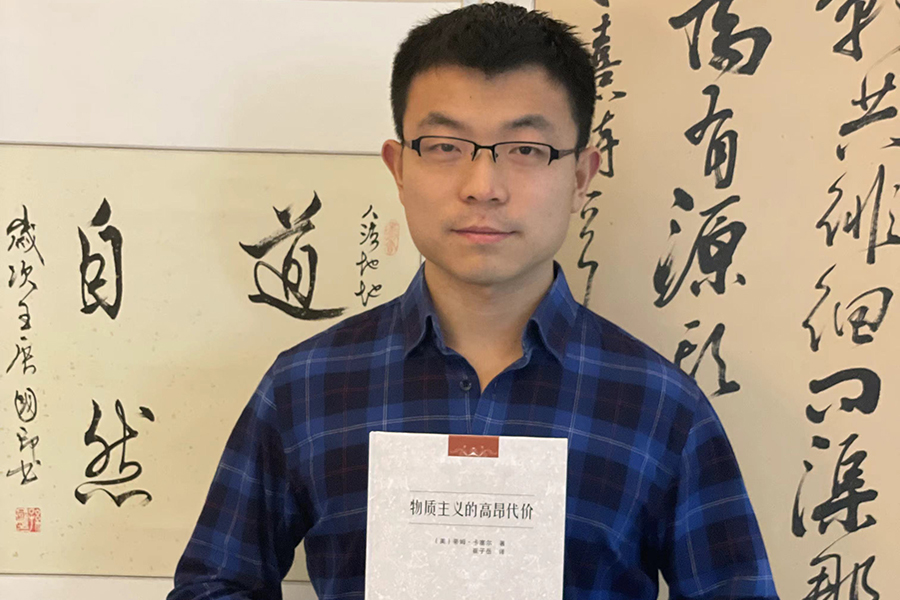 Professor Emeritus of Psychology Tim Kasser’s books have been published and translated into many languages—Turkish, Russian, Persian, Catalan, and more. Over the last year, Kasser was fortunate enough to have his first book, The High Price of Materialism, translated into yet another language: Chinese. This time, however, it was a former student of Kasser who reached out and offered to translate.

Ziyue Cui ’17, a psychology major, worked with Kasser for two terms on his senior research project. Wanting to learn more about Kasser’s writing and to bolster his own research, he decided to pick up a copy of The High Price of Materialism. As he read, he says he felt that the message of the book was relevant to his own experiences in the current Chinese society.

Cui says that the time spent on his research project was a great learning experience and helped him develop a relationship with Kasser that persisted since graduating from Knox.

“That’s something unique about small liberal arts colleges,” Cui said. “Knox gives you those relationships with mentors that can be carried throughout your career.”

After later receiving his master's in psychology from DePaul University, Cui moved back to Beijing, China. He says he was talking with a friend who worked at a Chinese publishing house about Kasser’s book. His friend read an English copy and the pair decided that the effort to translate the book into Chinese would be well worth it.

“I jumped at the opportunity, I thought it was great. I was honored when he asked to do it,” Kasser said. 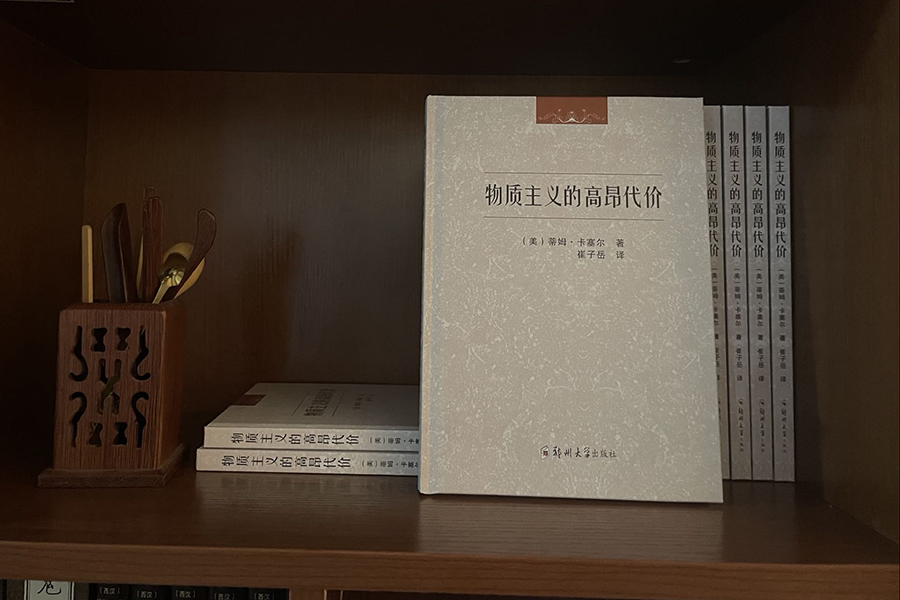 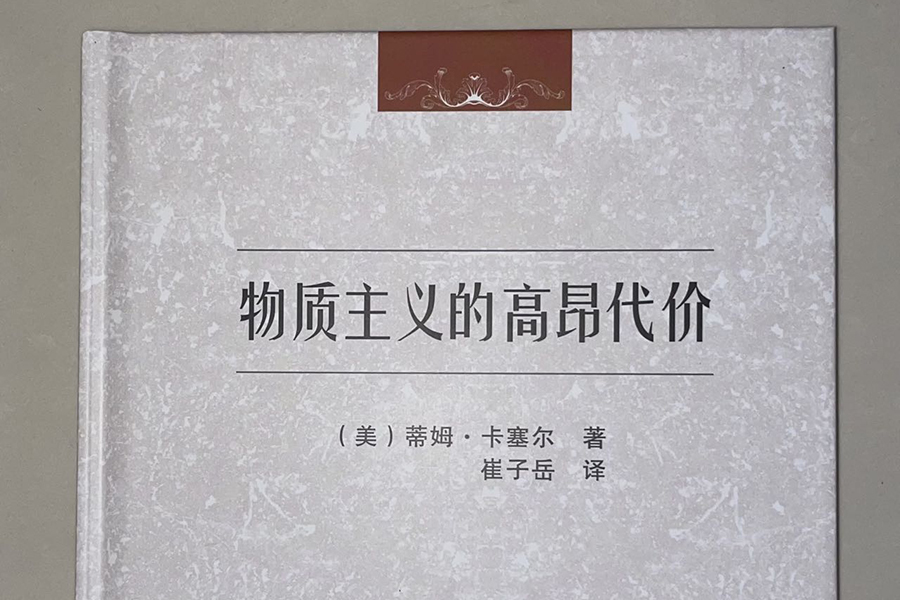 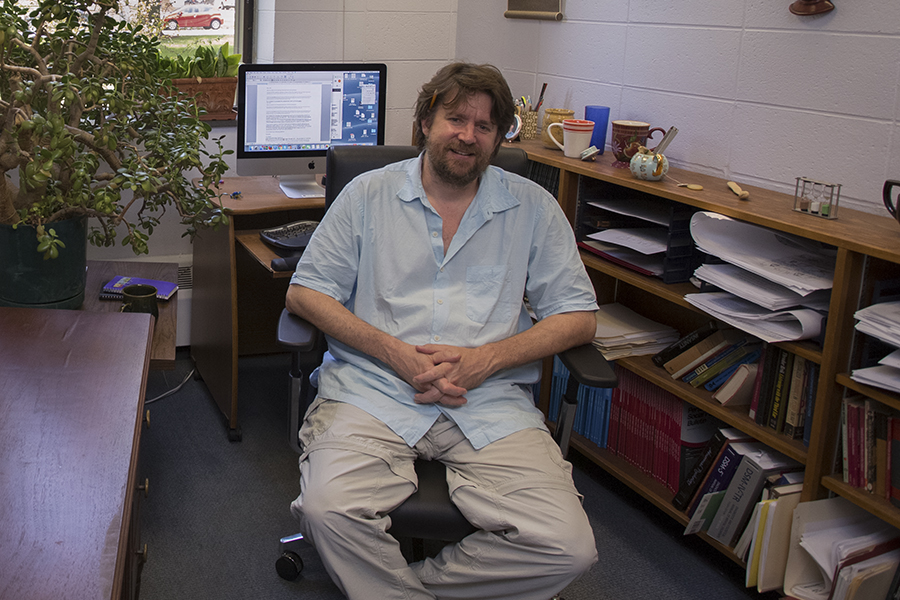 Kasser says Cui and he stayed in contact during the process, making sure that the translated text was staying true to the original concept.

Cui says he spent “a few hundred hours” translating the 166-page book. To Cui, the most difficult part was making sure the many subtleties of the English language were not lost. For instance, he pointed out that many English metaphors do not have a direct Chinese translation. He recruited the help of his family and friends to proofread his work and make sure it was correct.

“Tim gave me a lot of autonomy during the process,” Cui said. “He gave his opinion on the structure of the translation wherever he could. The collaboration went very smoothly.”

Both Kasser and Cui expressed their appreciation for the working relationship that they built at Knox. Kasser says he stays in contact with many of his students from over the years and couldn’t have had an opportunity like this without the wide array of international students attending Knox.

Cui agreed that the small class sizes and intimate learning environment of the College were one of the reasons Knox remains an important part of his educational journey.

“Knox facilitated our relationship and his research, but his education as a whole is what spurred him to read my book and find interest in it. Knox fosters a love of learning,” Kasser said.