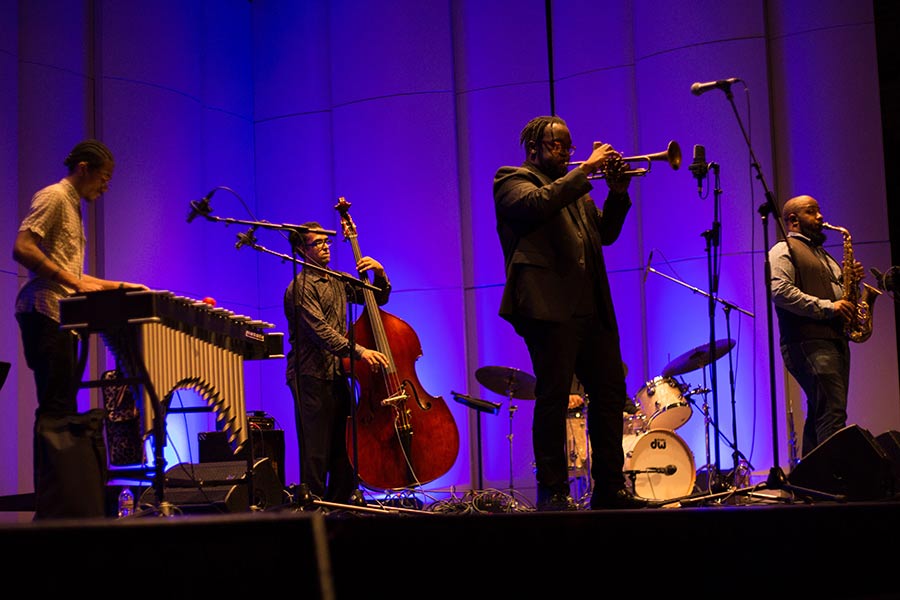 Knox College student musicians sharpened their skills with the Marquis Hill Blacktet as part of the annual Jerome Mirza Jazz Residency in October.

The Blacktet is led by trumpeter Marquis Hill and features alto saxophonist Chris McBride, vibraphonist Joel Ross, bassist Joshua Ramos, and drummer Makaya Craven. The band members worked with the jazz ensembles and with students individually October 3-6, and wrapped up the week with a combined concert at the Orpheum Theatre, followed by a reception and jam session at Fat Fish Pub.

Alexis Bell '17, who plays drums in the Cherry Street Combo and the Knox Jazz Ensemble, was inspired by how well the band members worked together.

"The residency week really pushed me to think about my part as a drummer in relation to the whole. You want to play in a manner that makes everyone feel good because when everyone feels good and is having fun, that's where the best music happens," she said.

Vibraphonist Mike Sockol '17, was excited to work alongside professionals who are active in the jazz world.

"I get to hear current fresh takes on what's happening in jazz right now from people who are on the scene, and I think that's really important," he said.

In addition to student lessons and performances, the week included a masterclass on improvisation, a composition workshop, and a jazz listening session at Knox's Jazz House.

Hill appreciated the ways in which the band was able to work with the students directly.

"I've been in residencies before, but what I've enjoyed about this one is how hands on we can be," he said.

He was also impressed by the range of students who participated in the residency.

"It's a liberal arts college, so the majority of students aren't music majors," said Hill. "The fact that these students can take these classes, play in the jazz band, sing at the choir—it's making better human beings," he said.

Marquis Hill is well regarded in his field, having won the International Trumpet Guild competition in 2012 and Thelonious Monk International Jazz Trumpet Competition in 2014. The Blacktet formed in Chicago four years ago and recently released The Way We Play, an album that explores the unique feel of Chicago jazz.

Hill attributes his success to the significant amount of time he spends working and practicing, and he encourages students to do the same.

"Once you find what you want to do in life, really be serious about it," he said. 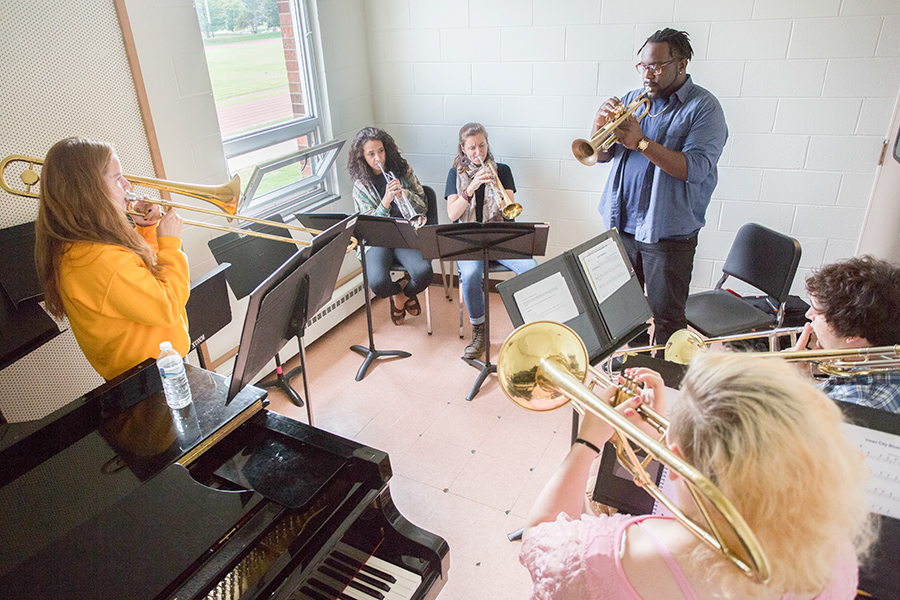 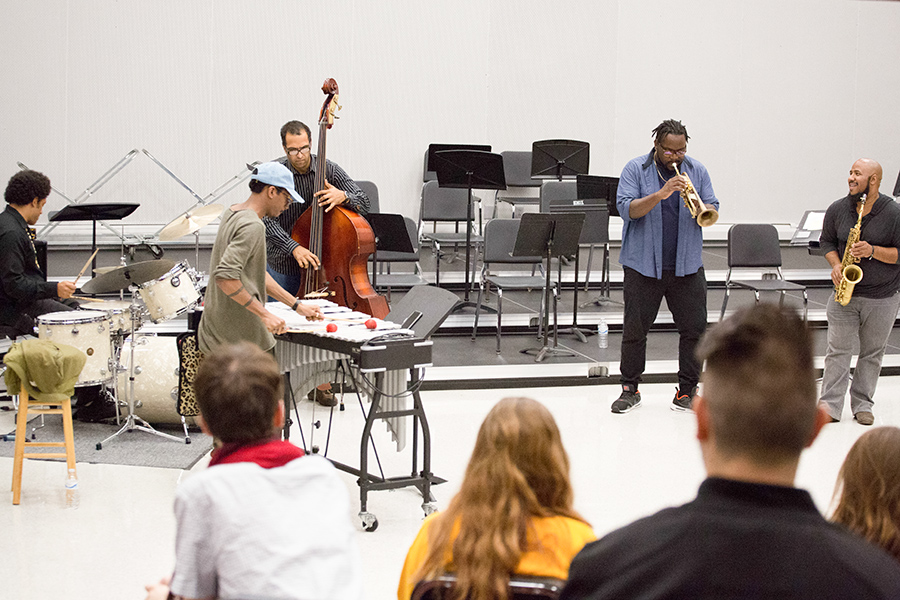 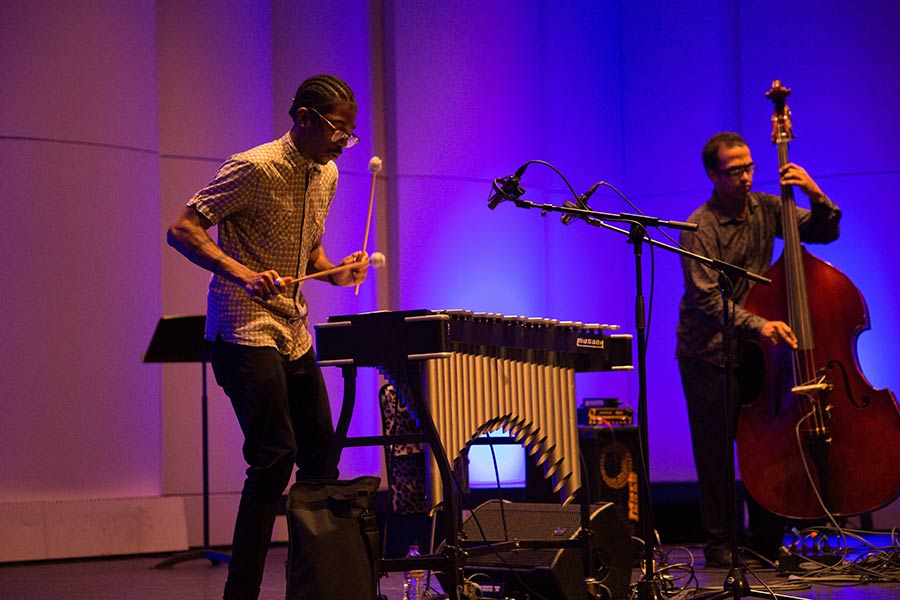 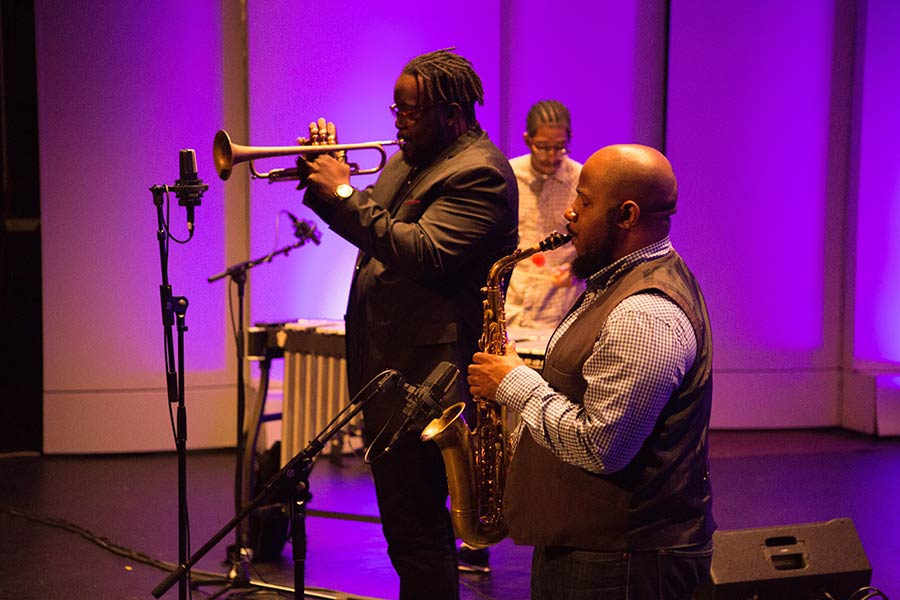 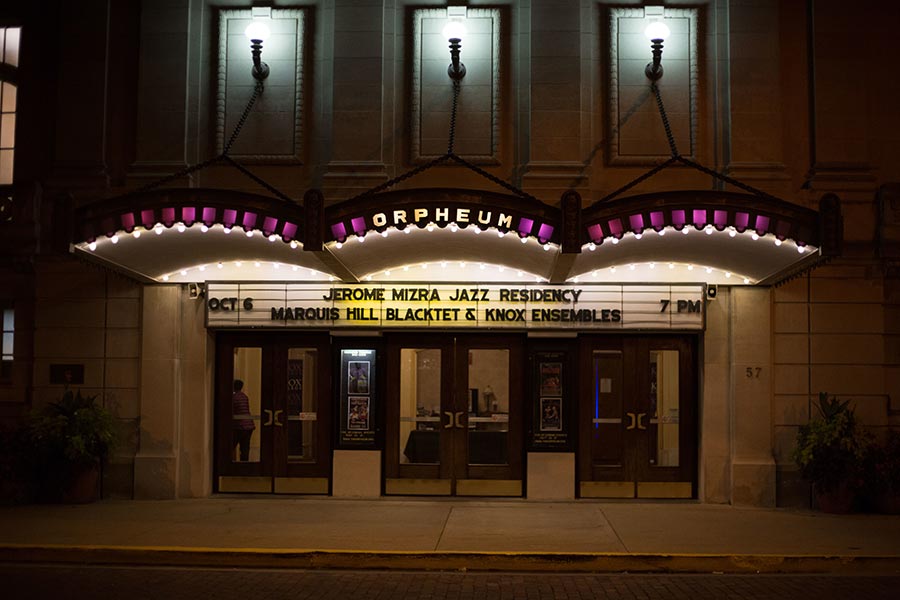