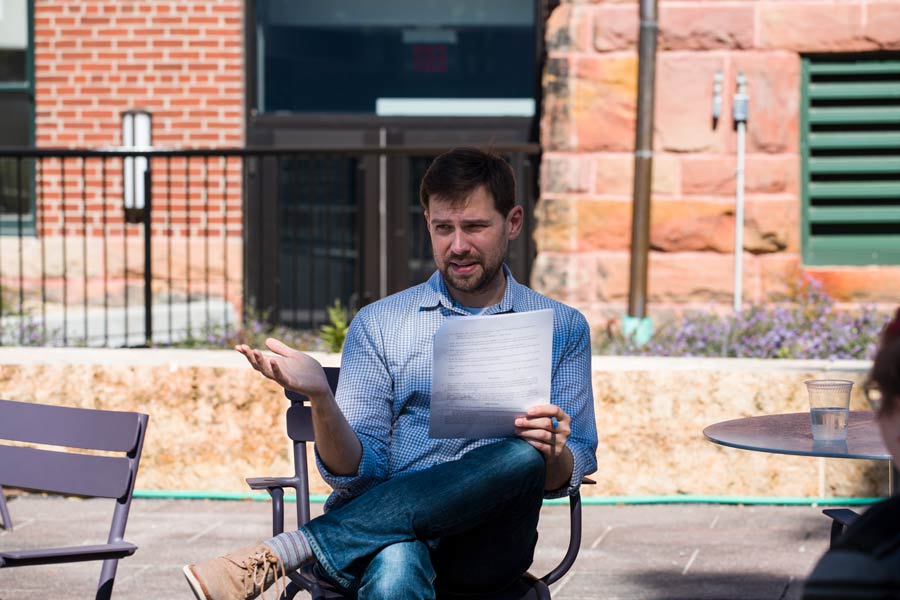 Summer quarantine breeds creativity and allows for discussions that are often overlooked, whether they be too boring, too niche, or just too strange. Associate Professor and Chair of Philosophy Brandon Polite '03 has often addressed music from a variety of angles in his work, so it's not surprising he recently joined John Dyck, a teaching postdoctoral scholar in philosophy at Auburn University, for a debate over whether Lil Nas X’s popular song "Old Town Road" can be considered country music.

"The status of 'Old Town Road' as a country song has been contested since its release," Polite said. "This issue pertains, among other things, to questions of authenticity—who can write and perform 'real' country music?—and of race—can Black people write and perform 'real' country music? It intersects with larger conversations about racism and institutionalized exclusion based on race."

In their debate, Dyck claimed that he could "convince Brandon that 'Old Town Road' is a country song." Polite, however, says that he finds the question of genre very complicated. "I think it at least partly has to do with chains of influence: a song is a country song only if it was influenced by earlier country songs, and these influences manifest in how the song sounds. To my way of thinking, the trap influences are so strong that they disqualify the song from counting as a country song."

In addition to influence, Polite believes that an artist's intentions are very important to how we understand and evaluate their works but aren't necessarily the full story on their own. "An artist can fail to manifest their intentions in their works of art. For instance, Tommy Wiseau very much intended his 2003 film The Room to be a drama and social satire; however, he was such a poor writer, director, and actor that it ended up becoming a cult comedy," he says. "I'm a bit skeptical about Lil Nas X's stated intentions that 'Old Town Road' is a country song. So, getting a grip on an artist's true intentions can be a tricky thing."

Many might wonder why it matters what genre the song is. To this, Polite says that a piece of music's genre matters to how we assess and evaluate it. "Whether a song is good or bad depends on what criteria we use to evaluate it, and those criteria vary from genre to genre, tradition to tradition. Every punk rock or heavy metal song will count as garbage if we use the same standards we use to evaluate classical piano sonatas," he says. "But some valuable aspects of a song may transcend genre. For instance, 'Old Town Road' would be astoundingly catchy regardless of whether it’s country or hip-hop."

So, is it country? Polite acknowledges that Dyck had convinced him to lean more closely to considering "Old Town Road" a country song. "I've known John for a few years," said Polite. "His knowledge of country music, both traditional and contemporary, far exceeds mine. If he thinks it's a country song, that should give anyone a solid reason to take the claim seriously. To my ears, the song still sounds like hip-hop, but he points to elements of the song that align it more with country than with hip-hop."

"One thing we didn't consider was that 'Old Town Road' belongs neither to country nor to hip-hop but instead to a hybrid genre that mixes elements of both," Polite added. He said that he was skeptical of this possibility, though, because it's not clear whether a genre can consist of a single song. "If other songs come along that are strongly influenced by 'Old Town Road,' then the possibility that it was the first instance of a new genre becomes more conceivable. Rock and roll started in a similar way. But just because it's conceivable doesn't mean it's right. This might lead us to think that [the country genre] can't change and evolve. And this claim is a troubling one, even if we don’t agree that 'Old Town Road' itself is a country song."

To listen to their full discussion, visit the philosophy and aesthetics blog Aesthetics For Birds.

Congratulations to Sara Jane Ahmed '12, who just received one of this year's Climate Breakthrough Awards! #Kn...