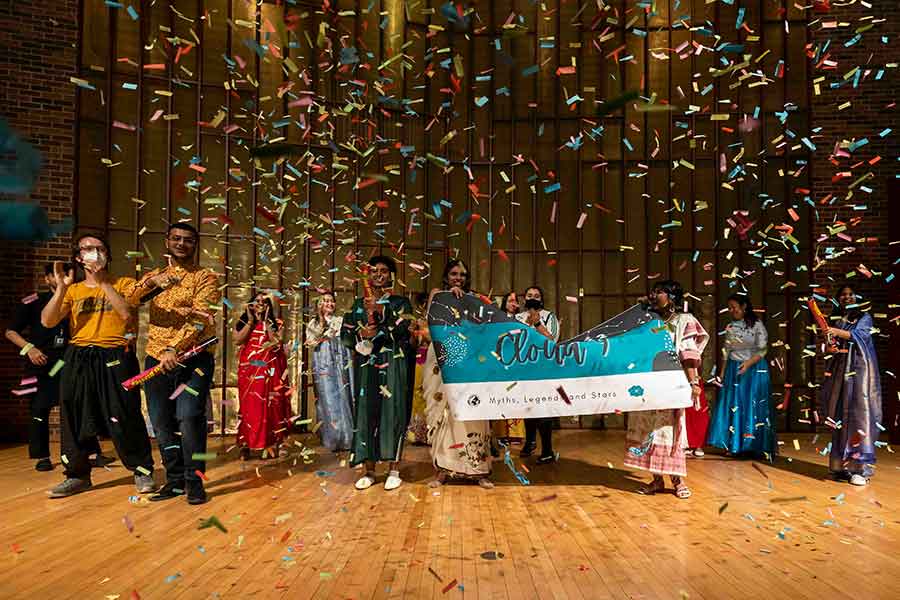 Each year, Knox College students celebrate the international community at the College during a highly anticipated event called International Fair, or I-Fair. Many students attend the food fair, booth fair and flag parade, and cultural showcase on Saturday, as well as various other events during the week.

Karla Perez ’25 bore the Cuban flag in the parade. “I was really nervous and I thought no one would cheer for Cuba because no one else is from Cuba, it’s only me. Then when I came out on stage, everyone was cheering super loudly. When we were going back someone said ‘Let's go Cuba!’ in Spanish and I felt really happy,” she said. She had been planning for I-Fair since she found out about it in the summer. I-Fair “felt really magical,” she said. 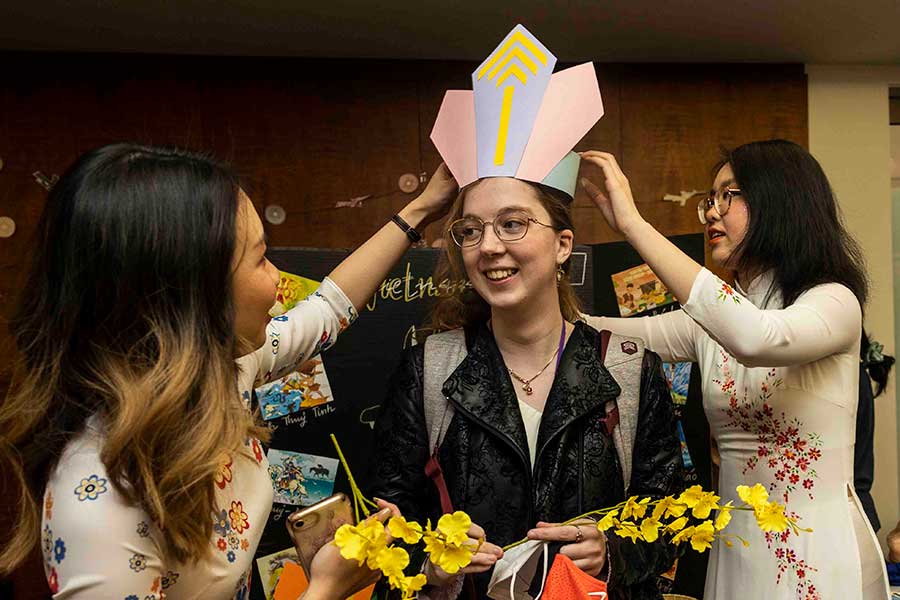 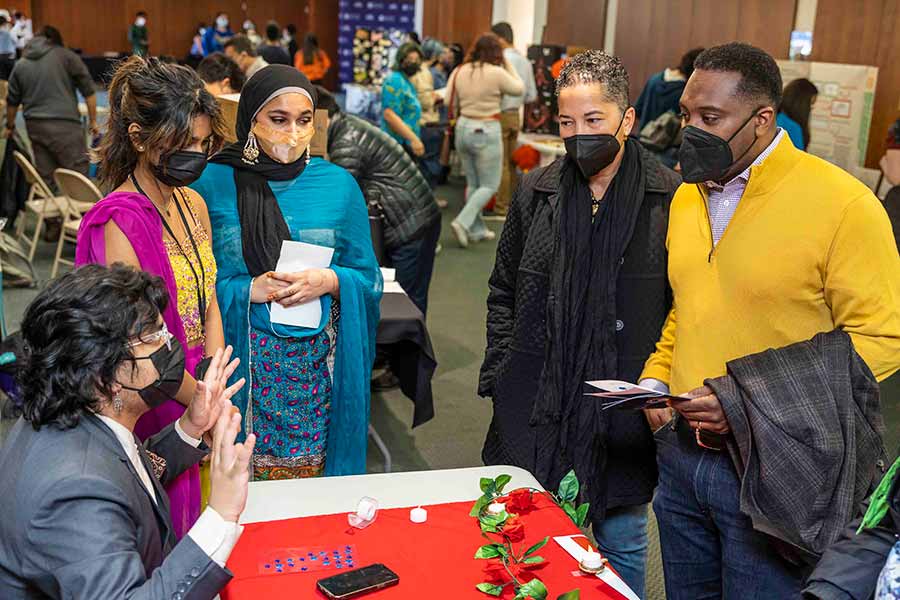 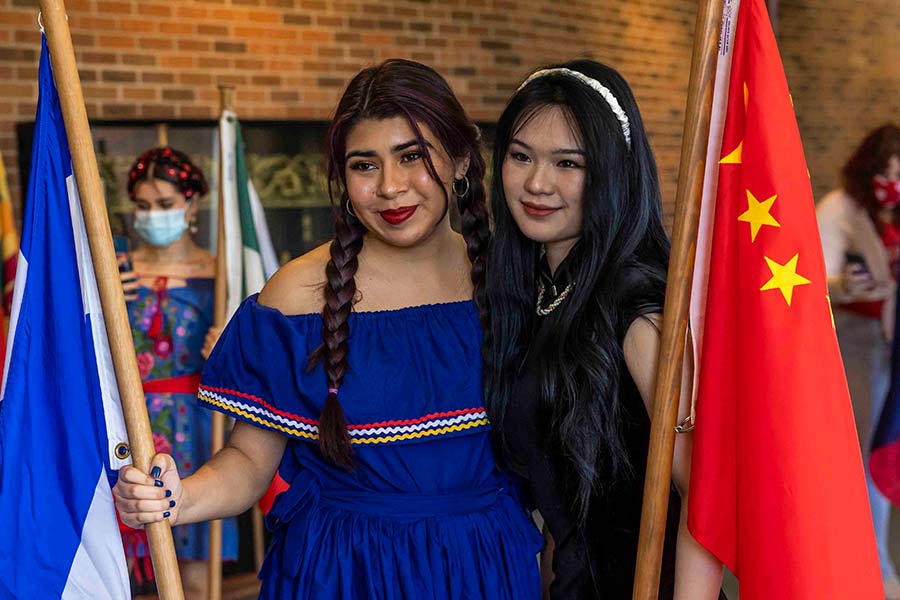 In the flag parade, students bring their country’s flag on stage to cheers and applause from the audience. The cultural showcase is similar with students performing music, dance, and reciting poetry—along with displaying other art from their countries. Prior to these events, students displayed information about their home countries in booths, teaching their fellow students about customs, culture, and geography in their countries.

Koji Wittimer ’22 has participated in I-Fair every year since he first came to Knox. His favorite parts of I-Fair include the food, the showcase, and the flag parade.

“The food is great. The showcase is really fun to watch and to perform in. I did the flag parade in past years and it was fun to hold the flag,” he said. “The president [of Knox College] comes by, which is pretty cool. Those are probably the best aspects.” 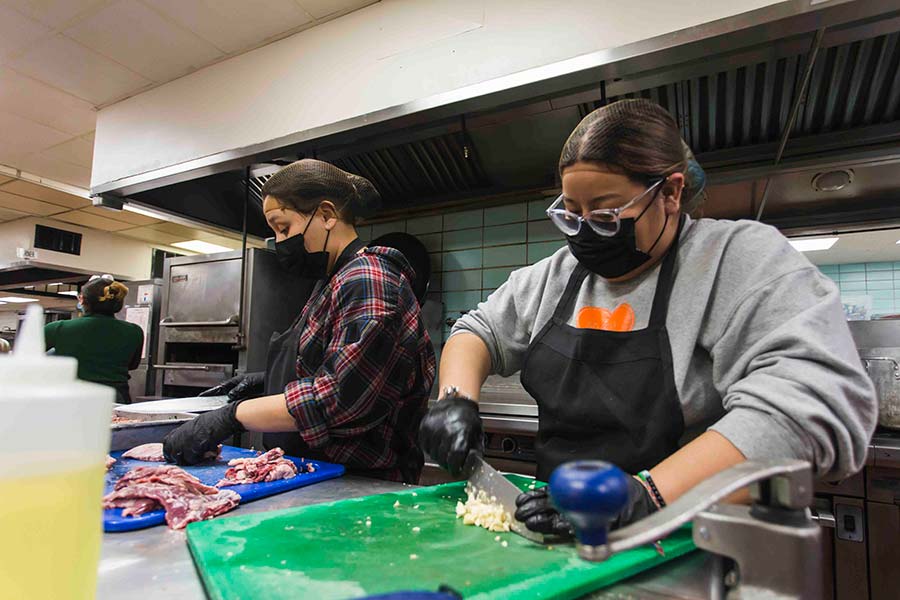 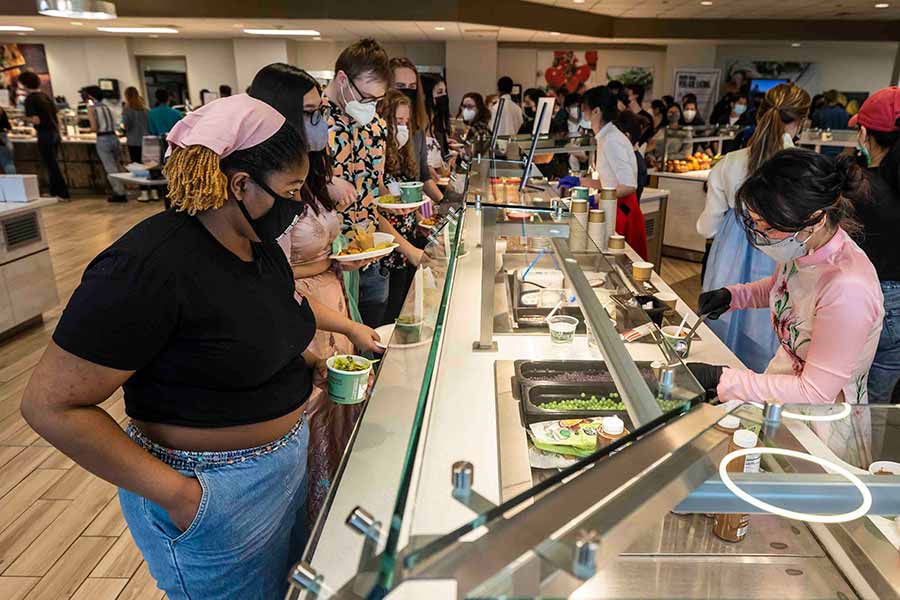 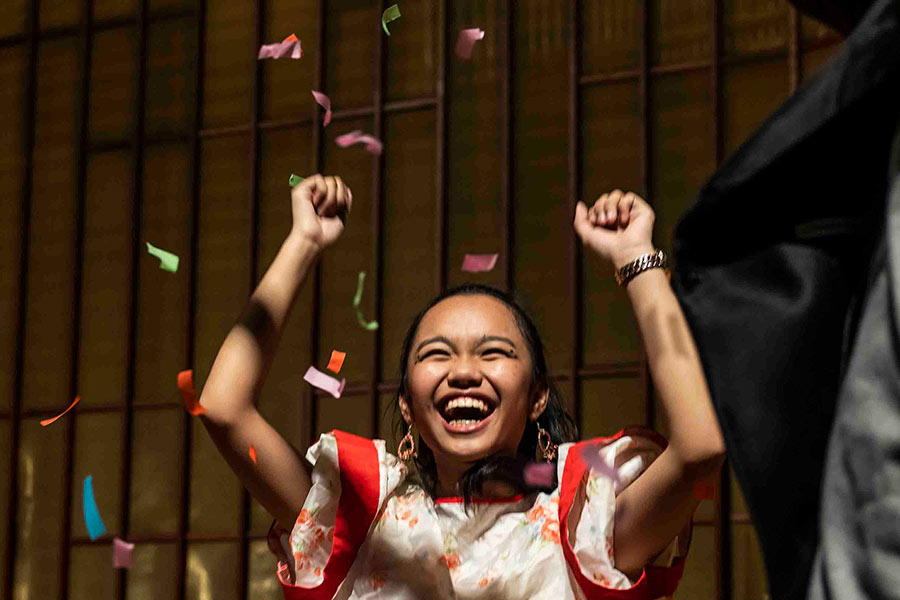 First-year Ava Vaccarella ’25 enjoyed her first I-Fair. “My favorite part was the showcase, and watching different aspects of everyone's cultures, be it song, dance, poetry, or the beautiful clothing. Everyone was cheerful in sharing this part of themselves that is so close to them,” she said.

Vaccarella enjoyed sharing a traditional Italian dish—gnocchi verdi—at the food fair. “The traditional, homemade way is what everyone should have a taste of, and everyone loved it so much, it made my heart happy,” she said.

During the food fair, students take over the Hard Knox Cafe to prepare traditional dishes from their country for dinner on Saturday.

Perez is excited to participate more in the I-Fair next year. “It was really nice sharing my culture in a very small way this year, but I hope to share more next year now that I know how exciting and welcoming it is,” she said. 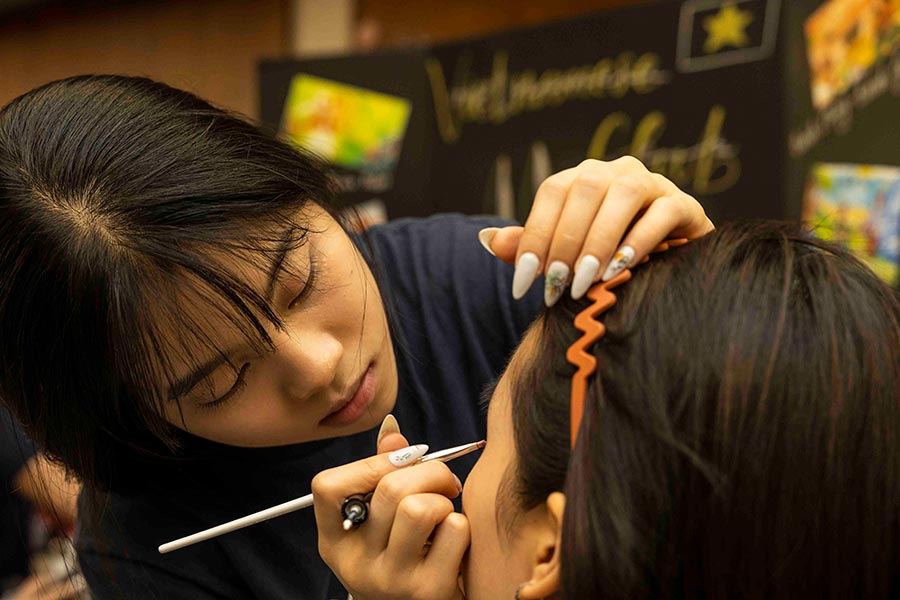 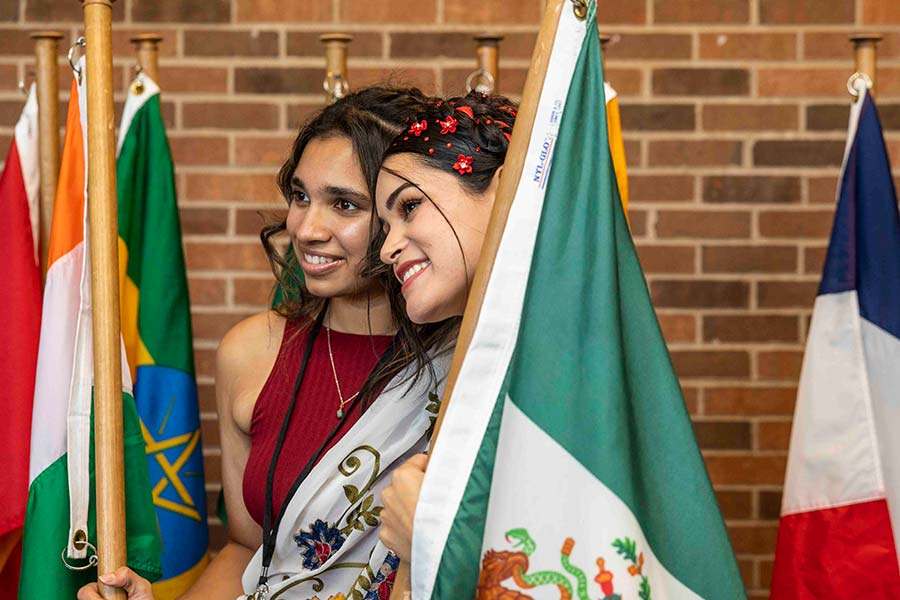 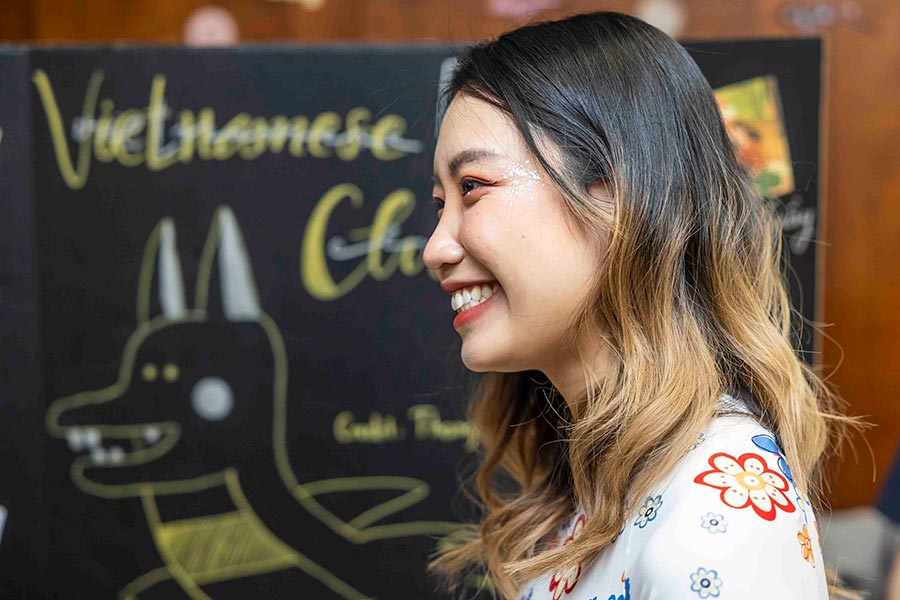 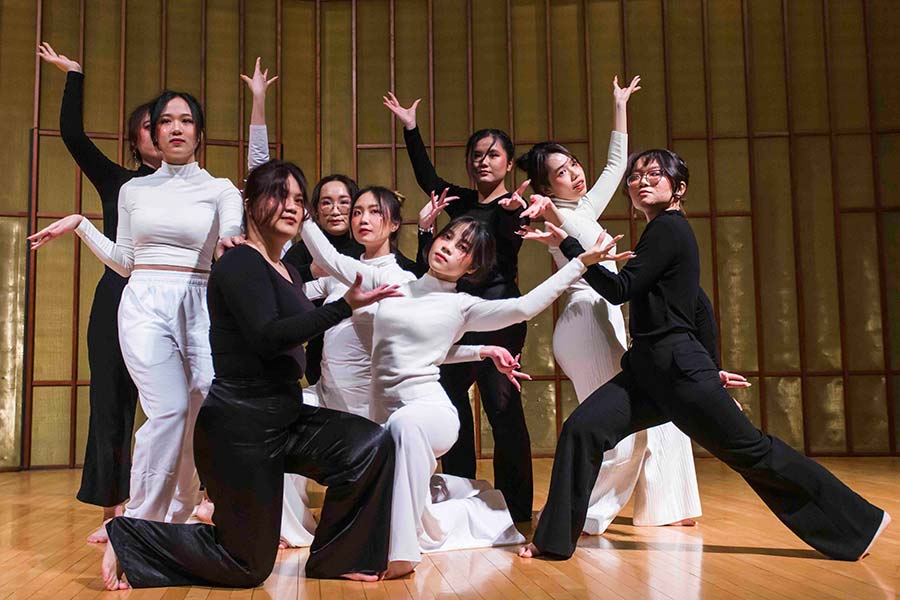 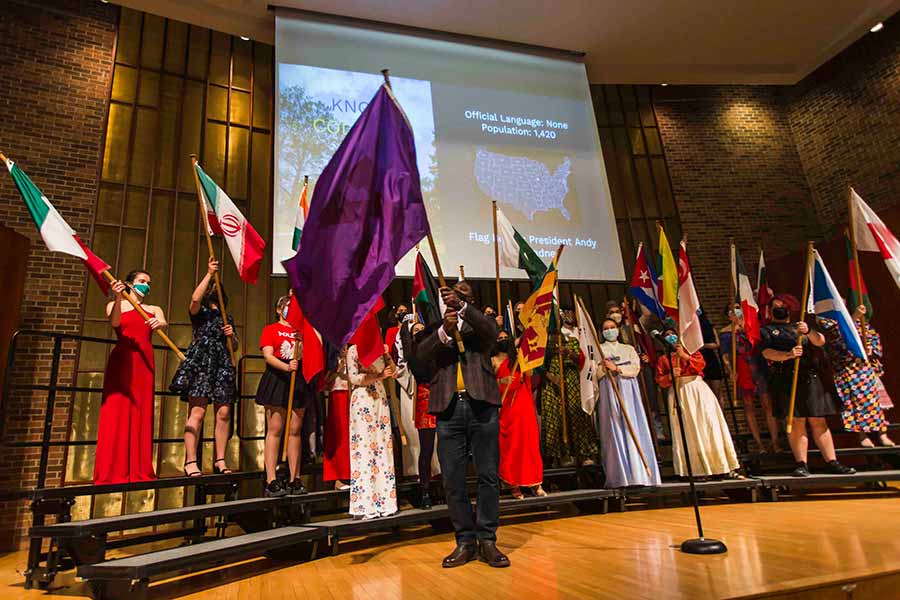 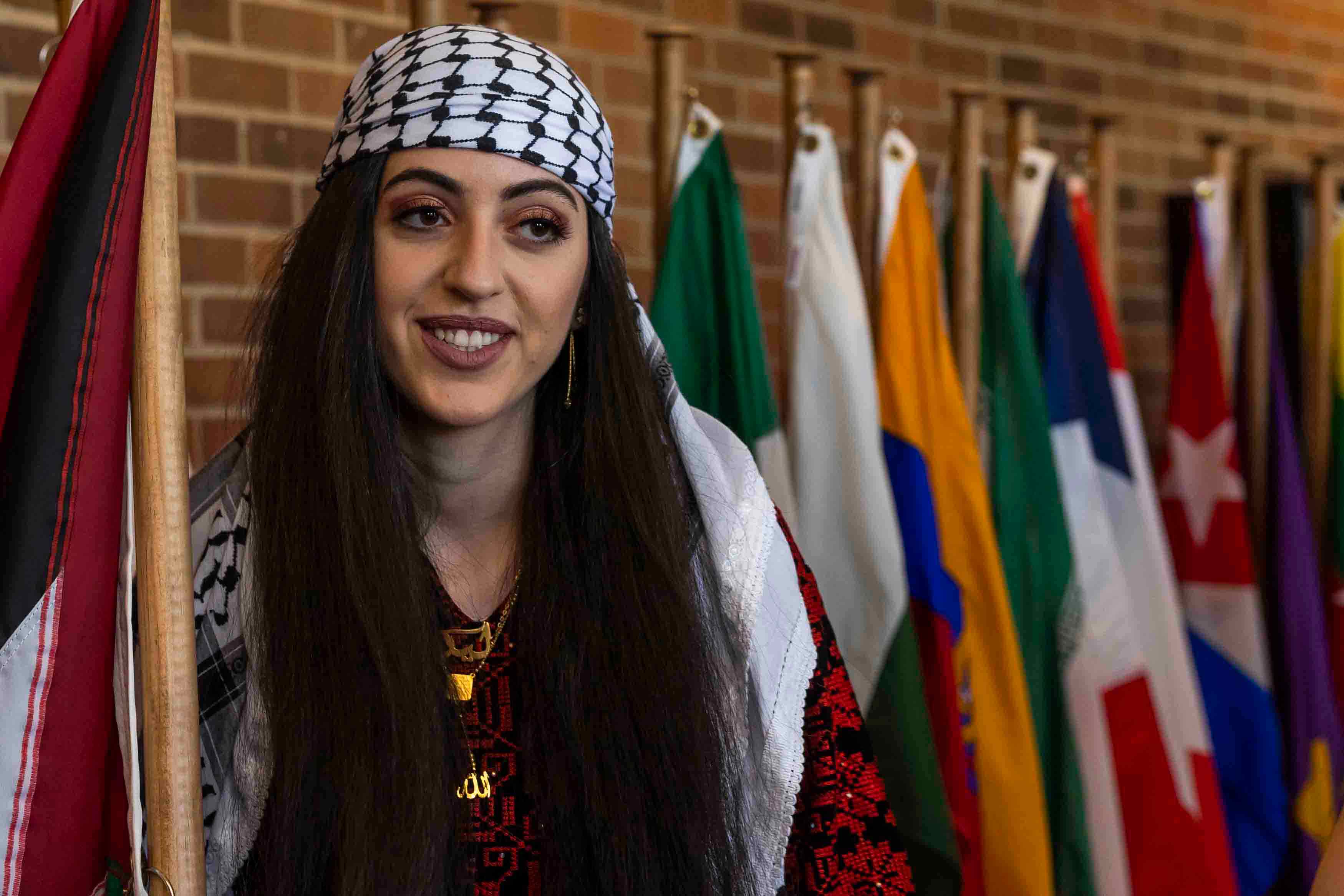