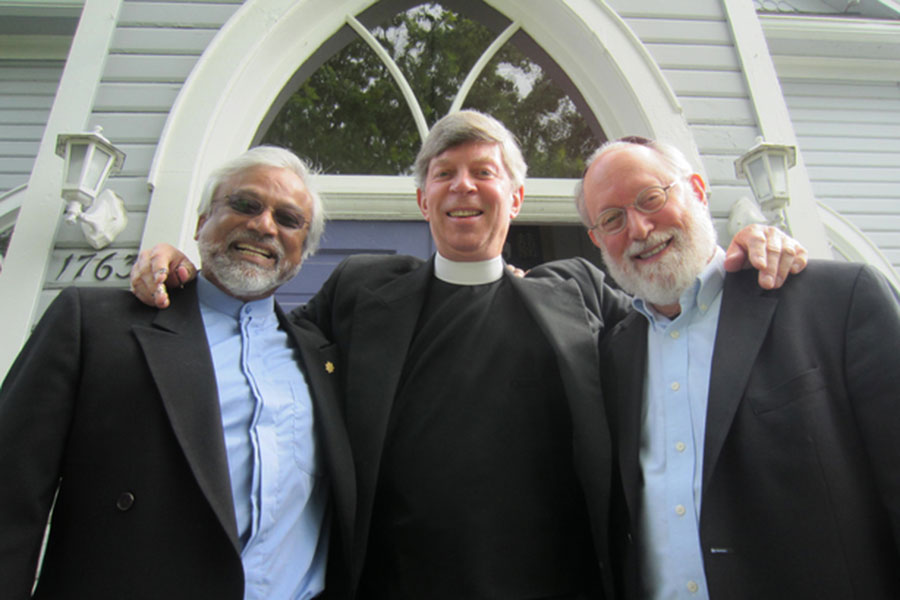 The Interfaith Amigos, a trio of spiritual leaders from three different religious backgrounds, visited Knox College to give the presentation, "Interfaith Dialogue for Challenging Times."

Rabbi Ted Falcon, Pastor Don Mackenzie, and Imam Jamal Rahman came together after the terrorist attacks on September 11, 2001. According to Pastor Mackenzie, the three saw that religious divisions were affecting the world in more and more dangerous ways.

Imam Jamal Rahman, who shared his own story about Islamophobia in the United States after 9/11, said, "Where there is discrimination, bias, prejudice, fear, suspicion—it really, in different degrees, mangles the psyche. And it really hurts the souls on all sides."

The Interfaith Amigos prefaced their presentation at Knox by saying they once again find themselves speaking to a radically divided, increasingly polarized world.

As a solution, the leaders decided to talk to one another, and—even harder—to listen.

The leaders acknowledged how difficult interfaith dialogue is, and they laughed together about their first few meetings in which they all talked more than they listened. Over the years, however, the three developed a process of conducting meaningful discourse, which they define in their three books, Getting to the Heart of Interfaith, Religion Gone Astray, and Finding Peace through Spiritual Practice.

Of all the parts of their process, The Interfaith Amigos stressed the first step the most.

Once the leaders grew to know and respect one another as human beings, they began talking about doctrines, but only, at first, about commonalities.

"There's an understanding that in each text there are two kinds of verses or passages—particular, which requires context, or universal," said Imam Rahman.

The spiritual leaders defined three core values of the three religions. Rabbi Falcon spoke on Judaism's developing awareness of "oneness," or the idea of goodness, rightness, peace, love, and life being one beautiful being. Pastor Mackenzie named the core teaching of Christianity as "unconditional love," noting that English has no word for the pure love the Bible describes. Imam Rahman named the core value of Islam as "compassion," specifically through the surrendering of one's own ego so that one may better serve others and Allah.

Knox first-year Camille Morhun, who comes from a Catholic background, said she appreciated how the presenters addressed universal themes of each religion rather than points of contention.

"A lot of people, when they get together like this, just argue," said Morhun. "I liked how they had the principles of each of our religions and asked, what does that mean today?"

Morhun attended the event with her friend, sophomore Iesha Said, co-president of Knox's Islamic Club. Said values tough conversations like those facilitated by The Interfaith Amigos.

Said repeated the importance of getting to know people of other religions as humans first. Said mentioned "Mocha with a Muslim," an event put on by the Islamic Club, in which students from all backgrounds can come and simply "chat" with Muslim students.

"We're really looking forward to a lot more awareness on campus," Said said. "[We want] to compare other ways of faith to our own and show the similarities rather than the differences."

"Knox is such a diverse place in such a small space," Corsaro said. "It's about bringing the traditions together, it's about finding the commonalities."

She described how Knox collectively aspires to be a place of deep discourse where students, and anyone else who wants to join, can expand their understandings of the world through personal interaction with varied individuals.

"I know we are thinking, thoughtful people who care about the world here at Knox and in Galesburg," Corsaro said, "There's definitely now a good vision, a good energy where not only Knox students but people of Galesburg are interested in interfaith [dialogue]."

"True interfaith dialogue can support us all in our spiritual quest, and we believe that spiritual quest is required if we are to seek together the true healing that needs to be."—Rabbi Ted Falcon 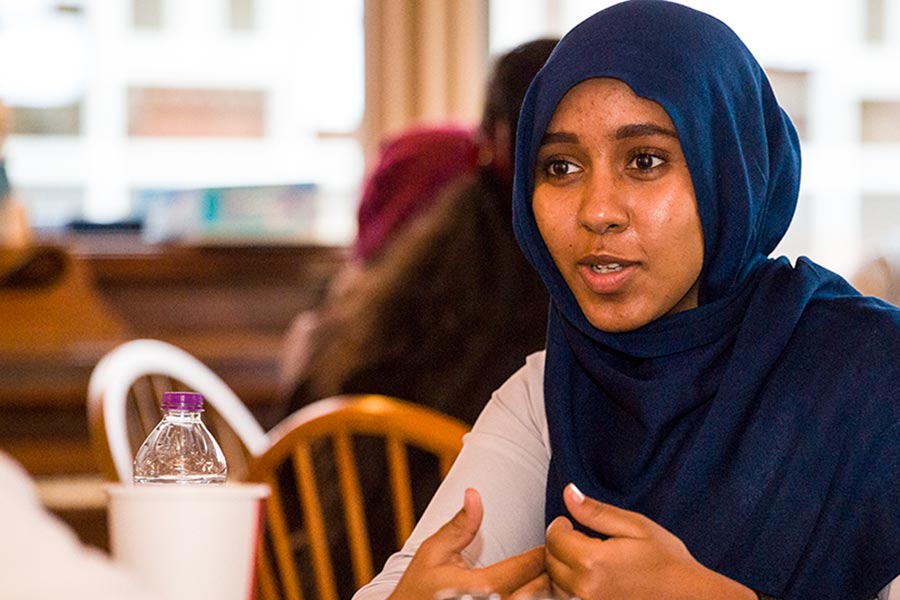 "[We want] to compare other ways of faith to our own and show the similarities rather than the differences." —Iesha Said, Islamic Club Co-President