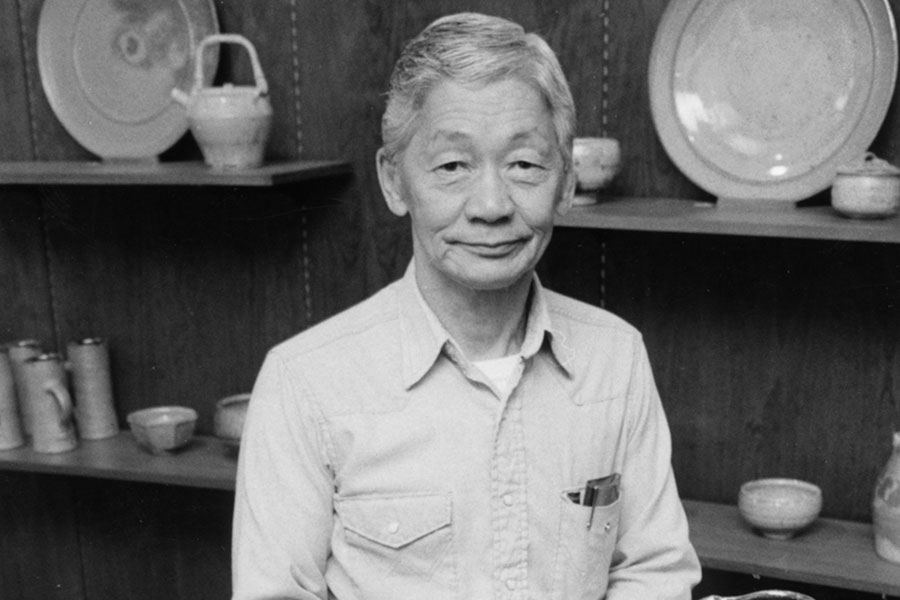 He was born on July 2, 1927, in Bingham, Utah, and is the son of Young-ho and Sung Kum Joe. He grew up in Butte, Montana, and completed his higher education at the University of Montana in Missoula. There he studied fine arts under the mentorship of Rudy Autio, graduating with a B.A., M.A., and an M.F.A., at the time the terminal degree in his chosen field. He also did graduate work at the University of Minnesota in Minneapolis.

Joe began his teaching career in ceramics, sculpture, and Asian art history at Knox in 1967. He also served as chair of the Department of Art until his retirement in 1995.

“Henry was passionate about the belief that clay is mystical and the human touch on clay is uniquely expressive,” said Mark Holmes, associate professor and chair of art. “He believed that clay is an extension of human and spiritual consciousness, and many of his students felt connected to a larger movement through ceramics.”

“Henry was a kind, humble, and gentle soul, who was also a seeker of knowledge,” said Michael Godsil, instructor in art. “I know that he touched the lives of many of his students in profound and lasting ways. The world is a poorer place without Henry among us.”

Joe is survived by his wife, Patricia of Monmouth, Illinois, and two sons, Wesley Joe and spouse, Niharika, of Arlington, Virginia, and Jonathan Joe and partner, Monica, of Portland, Oregon.