In Memoriam: Eugene A. Perry 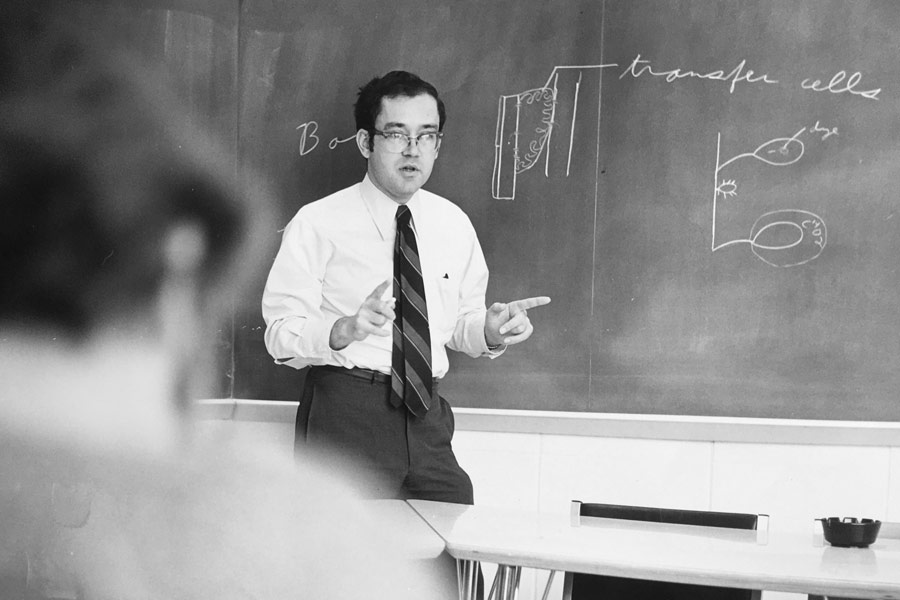 Eugene A. Perry, Knox College professor emeritus of biology, died on July 17 at his home in Galesburg.

A Wisconsin native, Perry received a bachelor’s degree in biology from Northland College in 1960 and a Ph.D. in botany-mycology from Indiana University in 1967.

Perry’s research interests included regulation of fungal spore germination, and the interactions of algae, fungi, and bacteria in various soil and freshwater habitats. For example, he researched the response of those organisms to stresses such as extreme temperatures and introduced pollutants.

He received the Philip Green Wright-Lombard College Prize for Distinguished Teaching in 1982. His service to Knox included serving as chair of the Department of Biology from 1983 to 1995 and as program advisor to the ACM Wilderness Field Station in Costa Rica.

Perry was a member of the American Institute of Biological Sciences, the American Society for Microbiology, and The Society of Sigma Xi.

Visitation has been scheduled from 1:30–2:30 p.m. on Friday July 24, 2020, at Hinchliff-Pearson-West Funeral Directors and Cremation Services Galesburg chapel. Funeral services will follow at 2:30 p.m. at the chapel.