In Business: Students Act as Consultants to Produce Economic Analysis 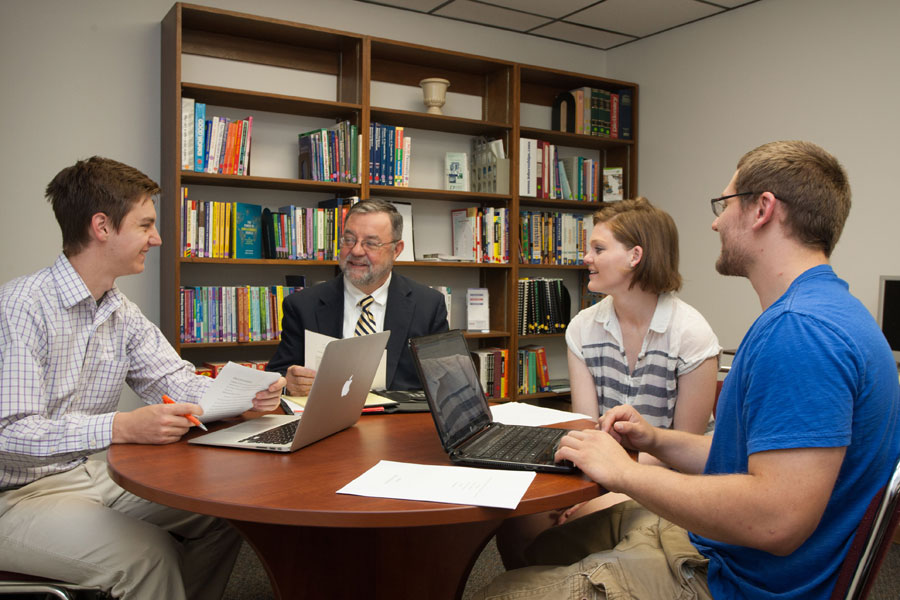 Four Knox College students recently got a taste of what it's like to develop a business relationship with a client when they designed, researched, and wrote an economic analysis for a Galesburg-area non-profit organization.

"I gained experience in working with a client to complete my first real business-related project," said Weston Chenoweth '14, an economics major and business and management minor who just started a job with KPMG's economic and valuation services practice. "You can do these things in class, and you can practice over and over again, but until you do it for real, it's just not the same."

Chenoweth, Charlotte Garvin '14, Ben Moss '14, and Bo Ram Lee '14 volunteered their time and talents throughout the 2013-14 academic year to complete the project for KCCDD. Based in Galesburg, Illinois, KCCDD provides developmental training and employment opportunities for people with developmental disabilities. They also offer the only adult day care for area seniors.

"Dealing with a client is a great experience," said Garvin, an economics major who has an internship with Accenture as a member of its digital media marketing team. "I learned a lot about the community and also about myself. It was overall pretty cool." 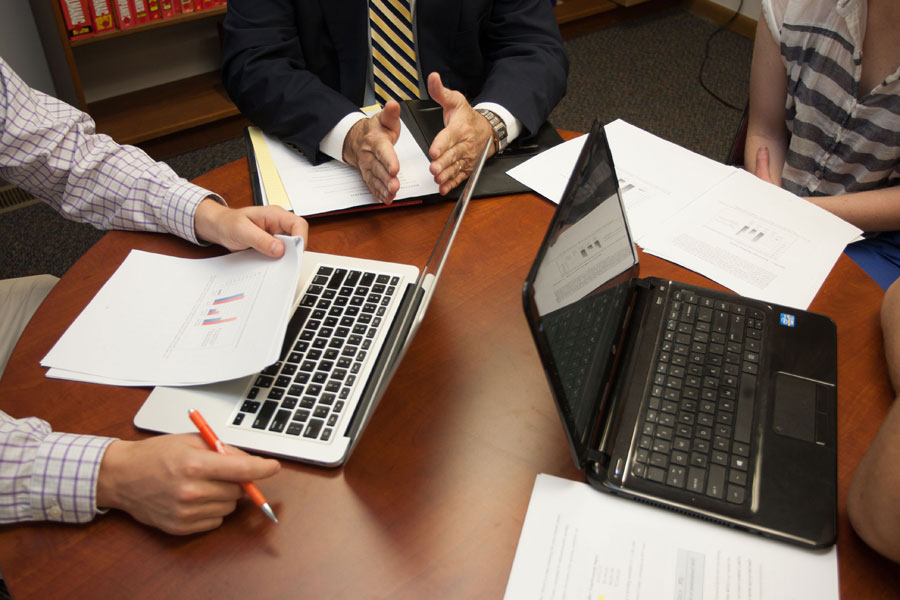 Under the guidance of Knox College Professor John Spittell, chair of business and management and executive in residence, the students determined the scope of the project and divided the work. Karrie Heartlein, Knox College's director of government and community relations, also helped coordinate the project.

The students collected and analyzed data to meet four objectives:

While working on the project, the students met frequently -- generally at 8 a.m. once a week -- to track their progress and tackle any challenges.

Students said that as they put together the analysis, they found themselves drawing on their Knox experiences. Chenoweth, for example, saw a "perfect opportunity" to use concepts he'd learned in a macroeconomics class.

The final report, presented in May, concluded that KCCDD has a significant impact on Knox County's economy and health for several reasons. They include KCCDD's role as one of the county's biggest employers and its success in effectively promoting the well-being of its clients.

KCCDD Executive Director Mark Rudolph said the organization wanted to have an economic analysis because "it's important for the agency and our industry to demonstrate to the community just how important we are to the economy of (Galesburg and) Knox County."

Rudolph said a conversation with Spittell led to the idea of having Knox students conduct the analysis. The learning experience will help them in their lives after Knox, he added.

"We looked at this as a business relationship, where we sat down, and I gave them my vision of what I was looking for," said Rudolph. "Basically, KCCDD was viewed as the client, and the students were the consultant."

Catch up on what's happened at Knox in 2019 with the top news stories from the previous 12 months.

I gained experience in working with a client to complete my first real business-related project.