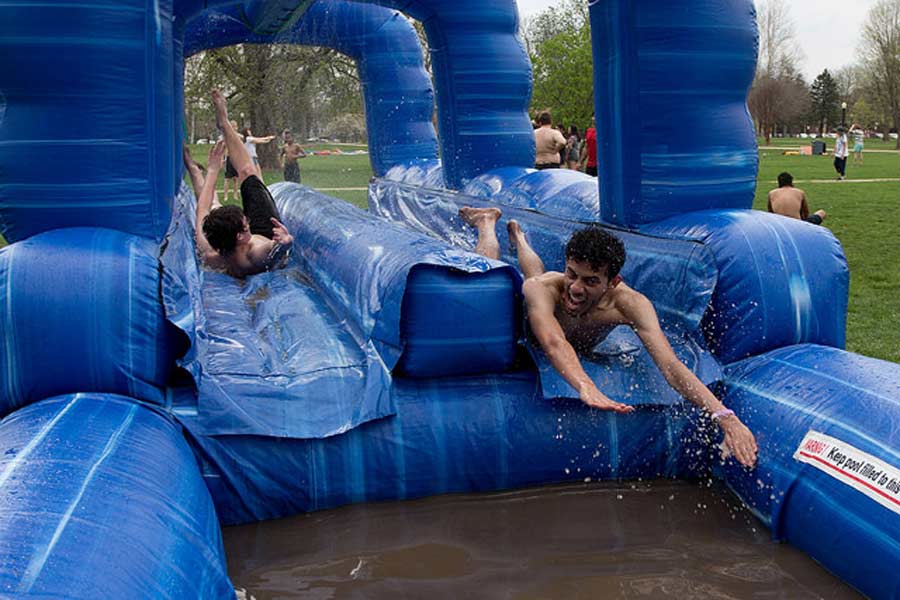 Knox College students welcomed Flunk Day 2018 by flinging themselves against a Velcro wall, zooming along a zipline, playing lawn games, and, most importantly, enjoying a fun day with friends.

Students played on numerous inflatables, such as Human Spheres and the Lagoon of Doom, and they chatted and took photos with an Abraham Lincoln impersonator. They also participated in other outdoor activities that included the "Flunk-posium," which was a debate organized by the Philosophy Club, and a softball game against Knox faculty and staff.

The faculty-staff team won the softball game, 7-5, with one of the highlights coming when Mark Shroyer, associate professor of physics, hit a home run.

Flunk Day is a Knox tradition that dates to the 1920s. Student-organized spring festivals on the Knox campus go back to the beginning of the 20th century. Planners of each year's Flunk Day keep its exact date a closely guarded secret, resulting in weeks of rumors and occasional Flunk Day scares as everyone awaits the big day. 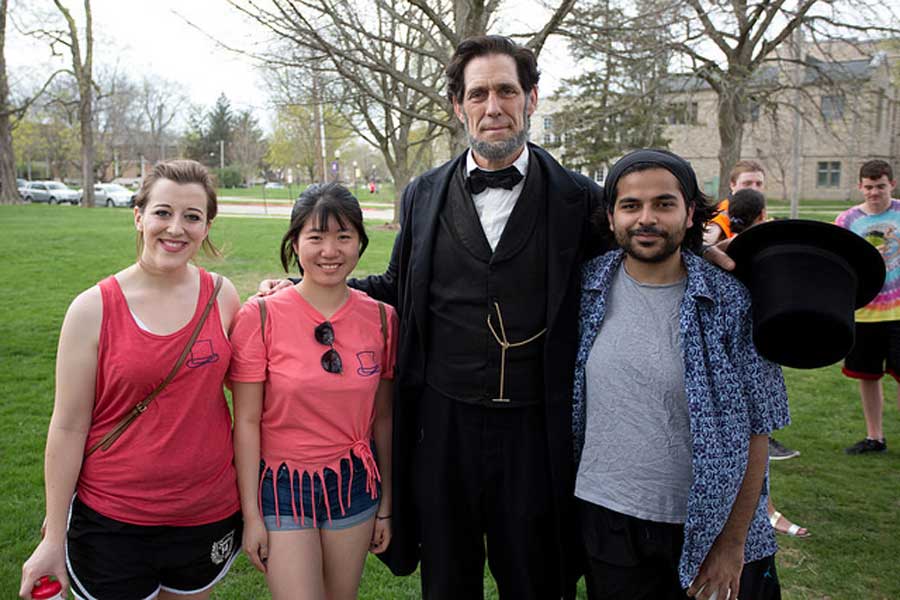 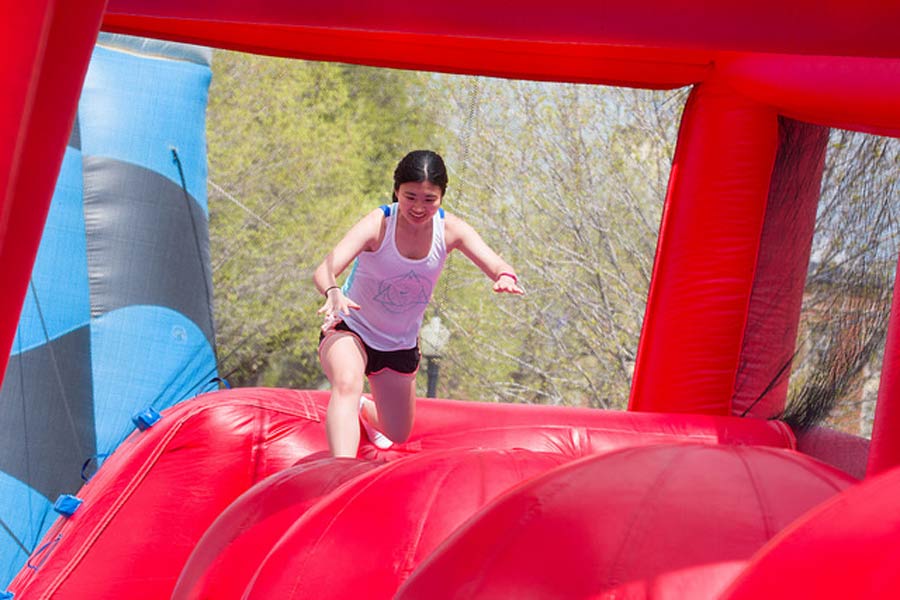 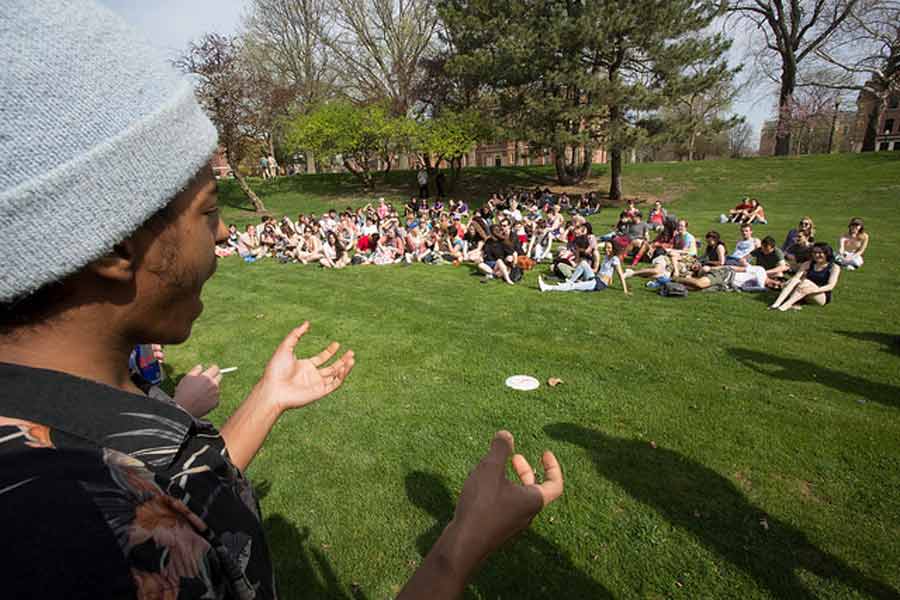 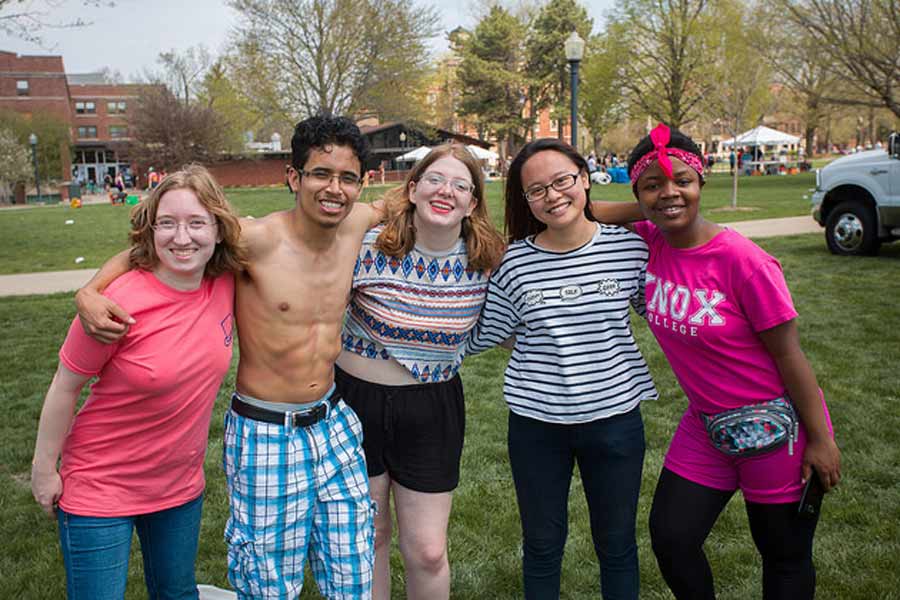