At its 2008 commencement, on Saturday, June 7, Knox College will award honorary degrees to former United States Secretary of State Madeleine Albright; Alan I. Leshner, chief executive officer of the American Association for the Advancement of Science; and Barry Bearak, a Knox graduate and Pulitzer Prize winning reporter for The New York Times.

Madeleine Albright
Secretary Albright will deliver the commencement address and receive the honorary degree of doctor of laws. She served as Secretary of State under President Bill Clinton from 1997 until 2001, the first woman to hold the position. While in office, she traveled to more than 60 countries around the world, representing the United States' interests. Previously she had served as U.S. Permanent Representative to the United Nations.

Barry Bearak
Barry Bearak will receive the honorary degree of doctor of humane letters. A 1971 Knox College graduate, Bearak earned a master's degree in journalism at the University of Illinois. Prior to joining The New York Times, he was a general assignment reporter for The Miami Herald and a national correspondent for the Los Angeles Times.

With the New York Times, Bearak has been a staff writer for the Sunday Magazine, and co-chief of the South Asia and Southern Africa Bureaus. He won the Pulitzer Prize and George Polk Award for his coverage of Afghanistan and Pakistan in 2001. He also has won the James Aronson Award for Social Justice for a series on the American labor movement, and the Mike Berger Award for a series on heroin addicts in Brooklyn.

Alan I. Leshner
Alan Leshner will be awarded the honorary degree of doctor of science. He was named chief executive officer of the American Association for the Advancement of Science in 2001, serving as a national spokesman for the scientific community, promoting the importance of integrity in science and the value of scientific research in the making of public policy. Prior to joining the AAAS, he held leadership positions at the National Institute on Drug Abuse, the National Institute of Mental Health, and the National Science Foundation.

Previously Leshner held academic posts at Bucknell University; the Postgraduate Medical School in Budapest, Hungary; University of Wisconsin Primate Research Center, and the Weizmann Institute of Science in Israel. A graduate of Franklin and Marshall College, he earned master's and doctoral degrees from Rutgers University.

Founded in 1837, Knox is a national liberal arts college in Galesburg, Illinois, with students from 46 states and 50 nations. Knox's 'Old Main' is a National Historic Landmark and the only building remaining from the 1858 Lincoln-Douglas debates. 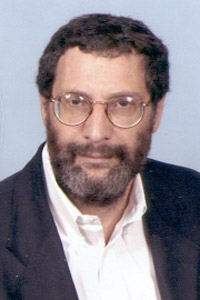 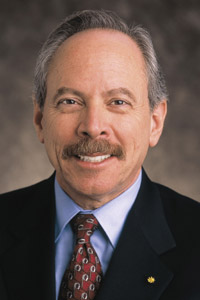