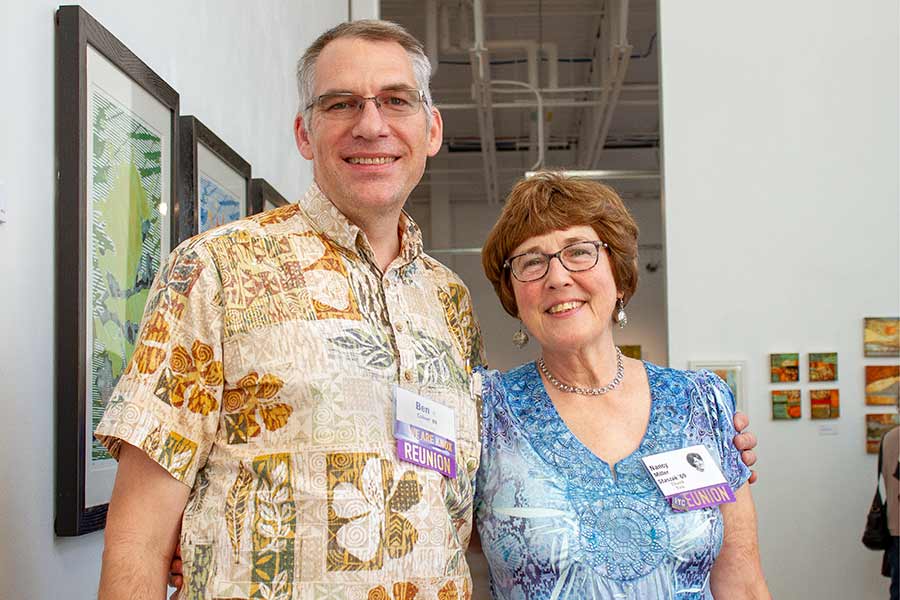 While giving an art demonstration earlier this year in the Chicago suburbs, Benjamin Calvert ’89 mentioned that he created his first wood block relief print as a student at Knox. Immediately, an excited hand went up in the audience. The hand belonged to Nancy Miller Stasczak ’69.

The two had never met, and they had graduated 30 years apart, but they soon found common ground as they shared majors (history), their favorite professor (Harland Goudie), and their impending reunions (50-year and 30-year).

That serendipitous meeting also led the two alumni to share a showing of their work at Homecoming 2019. “This was just meant to be,” said Stasczak as alumni viewed their work at the gallery in the Whitcomb Art Center. “We’re just so excited to share our work.”

Their show was one of close to 100 events held on campus from November 1-3 as part of Knox College’s 2019 Homecoming festivities. Among the other activities: a bonfire, the all-class reception, alumni panel discussions, a Prairie Fire football game, the premiere of a documentary film produced and directed by Jordan Anderson '19 about the legendary Harley Knosher; and a tour of Phase I renovation work at the Umbeck Science-Mathematics Center (SMC), including a sneak peek of a 55-foot fin whale skeleton that’s being reassembled by science and art faculty and students.

“Thanks for taking the long, long road to alma mater,” President Teresa Amott told alumni and friends who gathered at Homecoming Convocation. Knox alumni will always feel “an instant kinship” with one another, she added.

As part of Homecoming Convocation, the Class of 1969—observing its 50th reunion—presented the College with an oversized check in the amount of $3,144,025.

Earlier during Homecoming weekend, a member of the Class of 1969, Jan Pope Mulvaney, described her feelings toward the College. “I love Knox. I loved being here. I loved everything about it—every minute. I loved the challenge of the classes. I loved it all.”

For more photos of the 2019 Homecoming, check out Knox’s Flickr page. 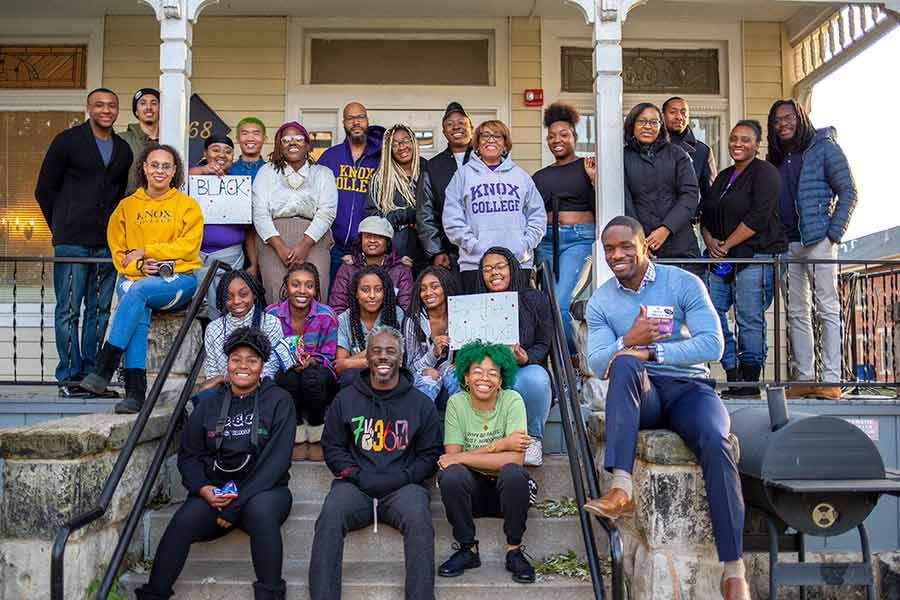 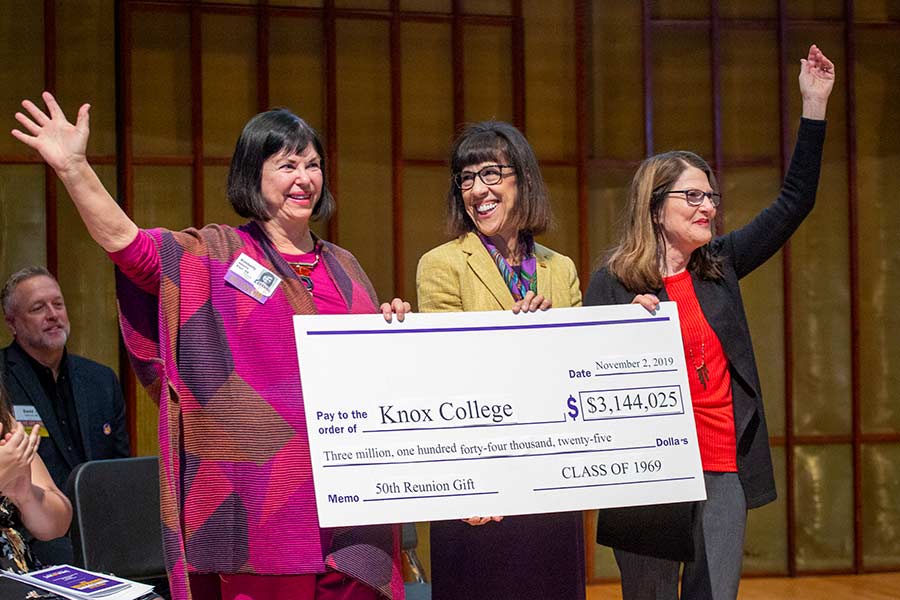 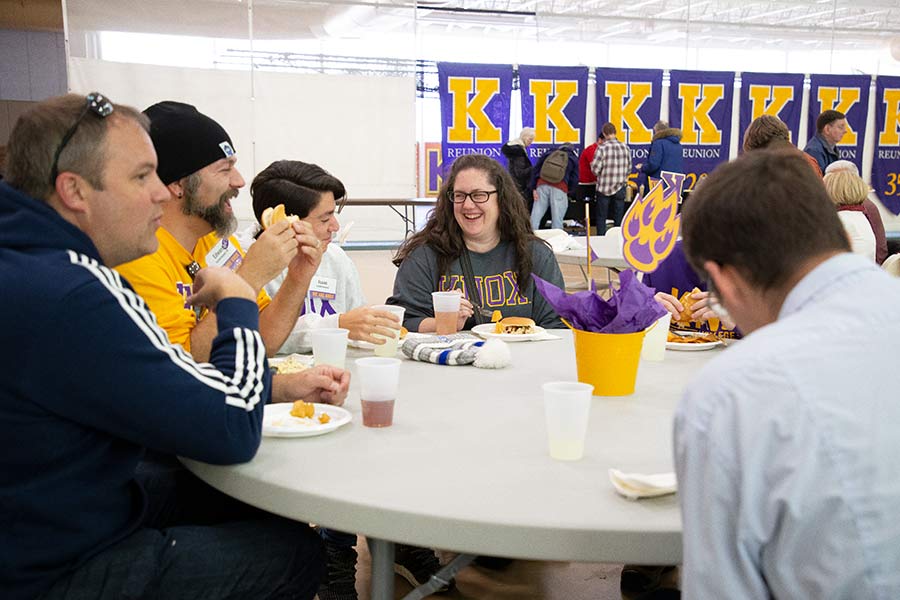 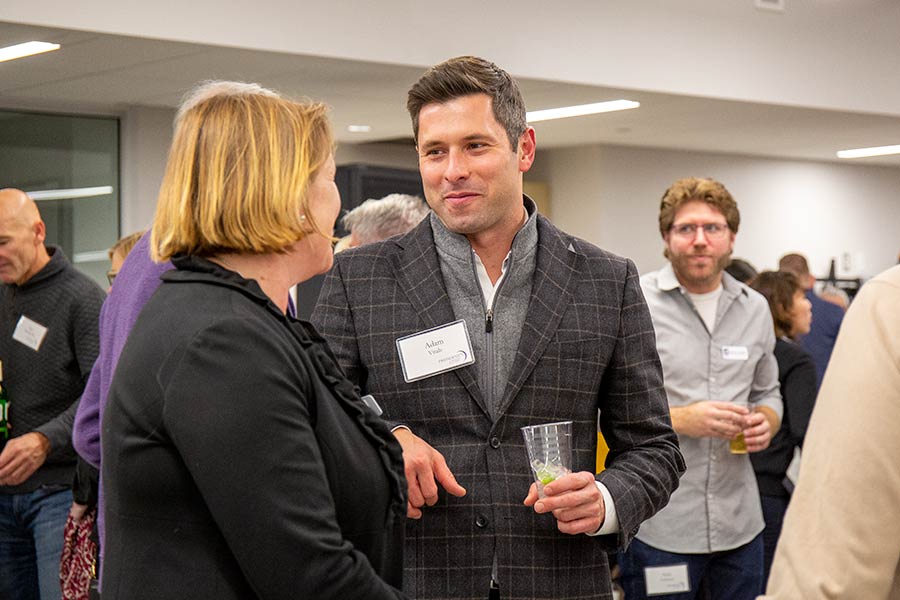 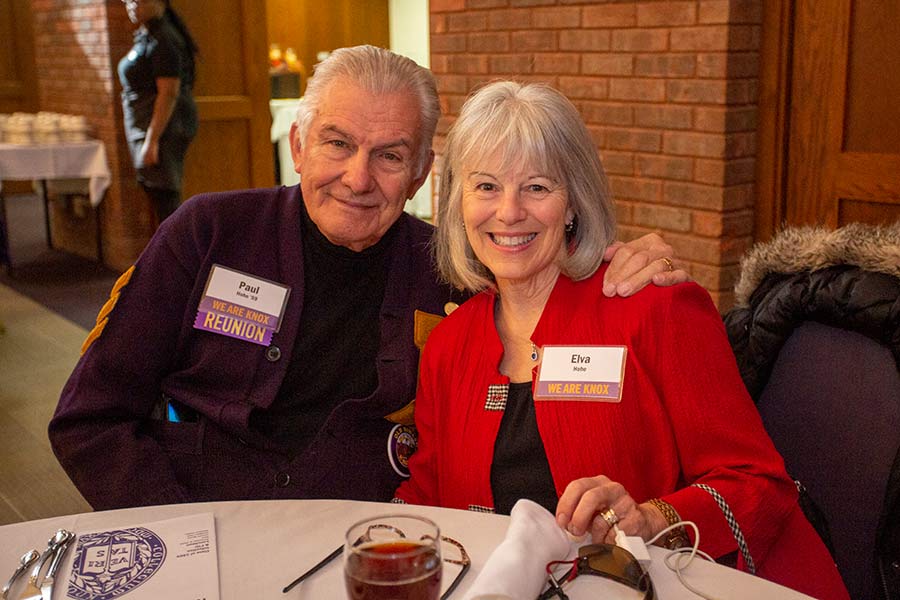