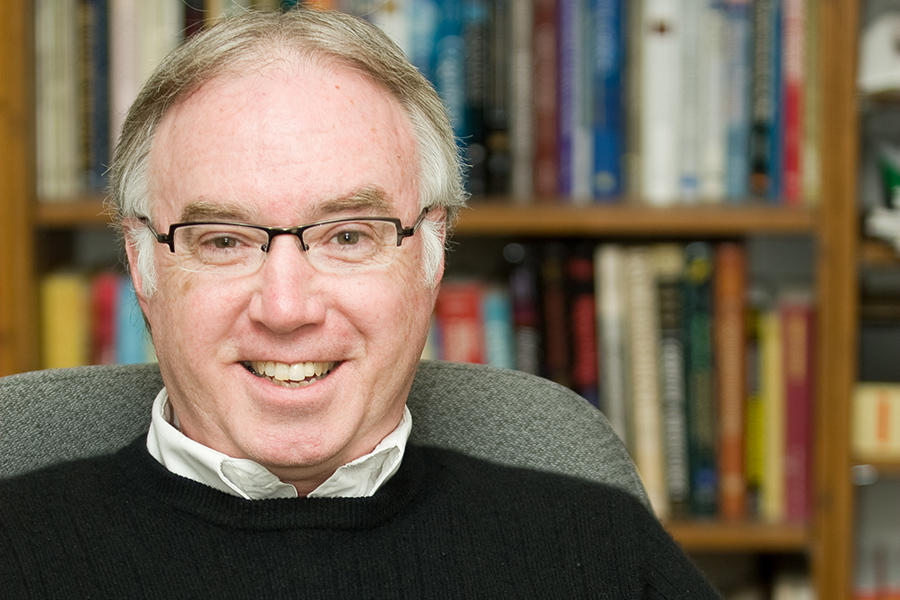 Frank McAndrew, Cornelia H. Dudley Professor of Psychology at Knox College, was interviewed recently on WBBM-TV in Chicago (CBS 2) in a news story about workplace gossip.

McAndrew, an internationally recognized expert on gossip, has studied the subject for years, and he has written numerous publications about it.

When a Chicago business, Empower Public Relations, banned its employees from gossiping in the office, CBS 2 sought McAndrew's take on the issue.

"Asking people to stop gossiping is just like asking them to stop breathing," McAndrew said in his interview with reporter Susan Carlson.

He also explained that gossip at the workspace might actually have important advantages, such as motivating people to work hard.

"One of the things that keeps you working hard is that you know your reputation's going to suffer because people are going to talk about you if you're a bad worker," he said.

The interview can be seen here.

A member of the Knox faculty since 1979, McAndrew earned his bachelor's degree in psychology at King's College and his Ph.D. in experimental psychology at the University of Maine.