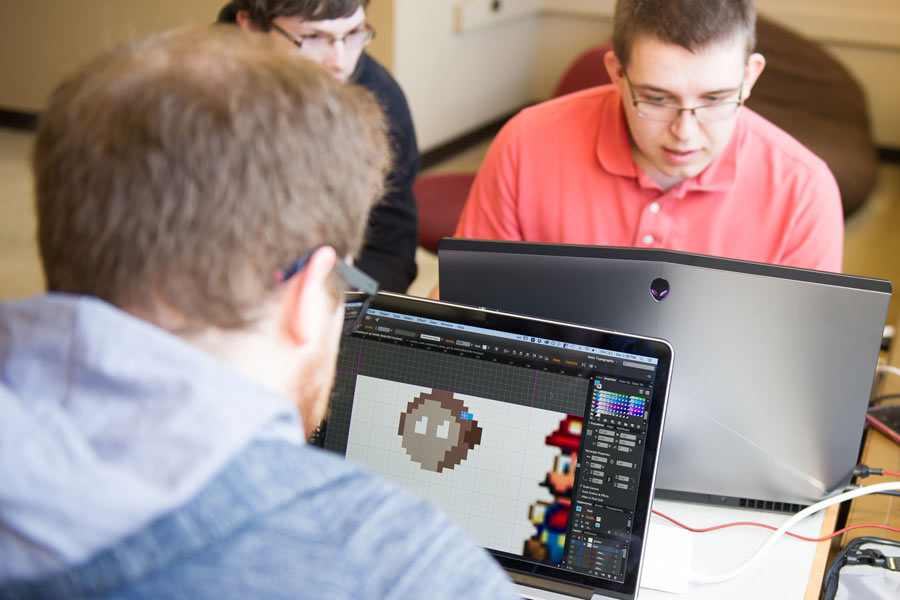 A monkey and a robot join forces to battle crime. Unicorns hang out with other mythological animals in a unique zoo. Those are a couple of the ideas that Knox College students came up with as part of Game Jam—an event bringing together people who want to create video games.

Students with a variety of academic backgrounds—including computer science, art, and creative writing—teamed up on a Saturday in April to dive into the different aspects of making their own video games. The groups of students developed storylines, decided what their characters would look like, and modified computer code.

Knox faculty member Jaime Spacco said the idea behind Game Jam was to create an environment where students could think of good ideas and characters, learn as much as possible in a short time, and build on those experiences.

"Only when people with different skillsets combine their creative energies, do we get the kind of immersive games that people find so fun and moving," said Spacco, associate professor of computer science.

A "mixer" event that took place a few days before Game Jam allowed students to share their game ideas and start forming teams. While there wasn't enough time for any of the teams to create a complete game, several students said they felt they made good progress at Game Jam.

One team, for example, worked on a game it calls "The Adventures of Ham and Cheese."

Brian O'Grady '18 explained the game's premise: "There's a monkey and a robot and they're in space, and they fight crime with laser guns."

O'Grady and Emily Hastings ‘16 worked on concept art and a plot outline for the entire game. Other members of their team modified computer code for the game and further developed the art, creating more polished character illustrations.

Another team focused on creating a game in which the main character, Robin, is a biology major working on a class project to build a zoo of mythological creatures, including unicorns and dryads.

"I really like design in all of its forms, and I like watching video games, even though I don't necessarily play them all that much," said Nola Thompson ‘18, who used LEGO blocks, colored markers, and graph paper to design the game's characters. "I thought it would be fun to do something like this." 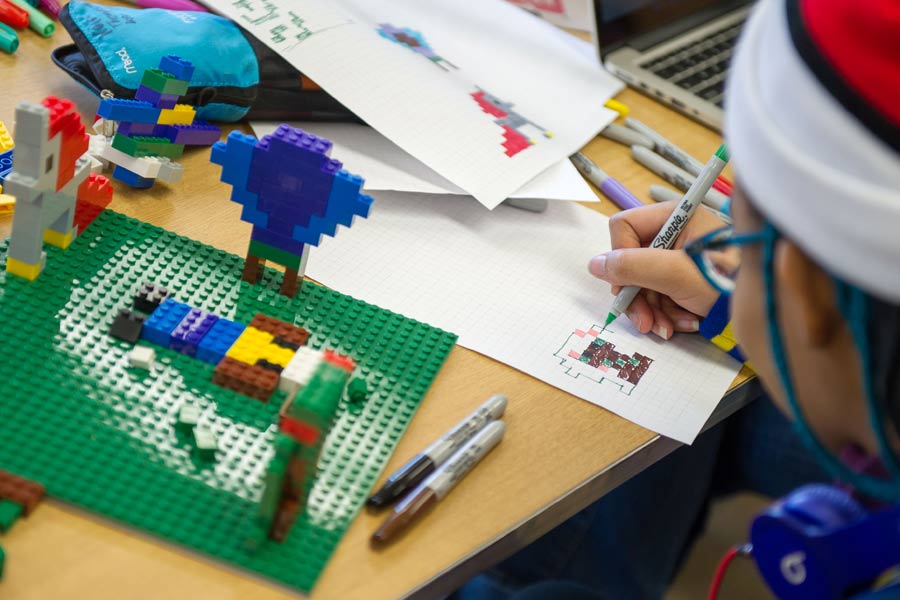 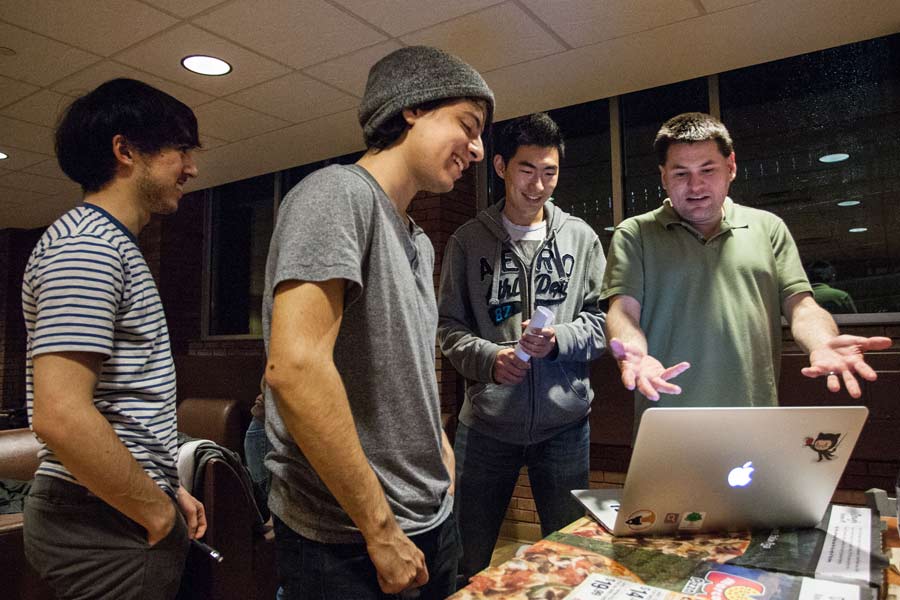 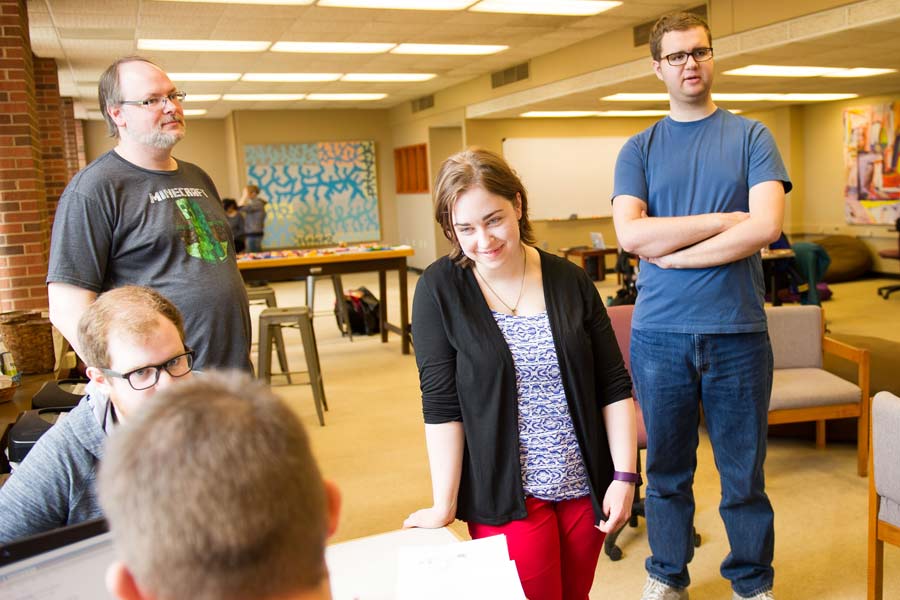 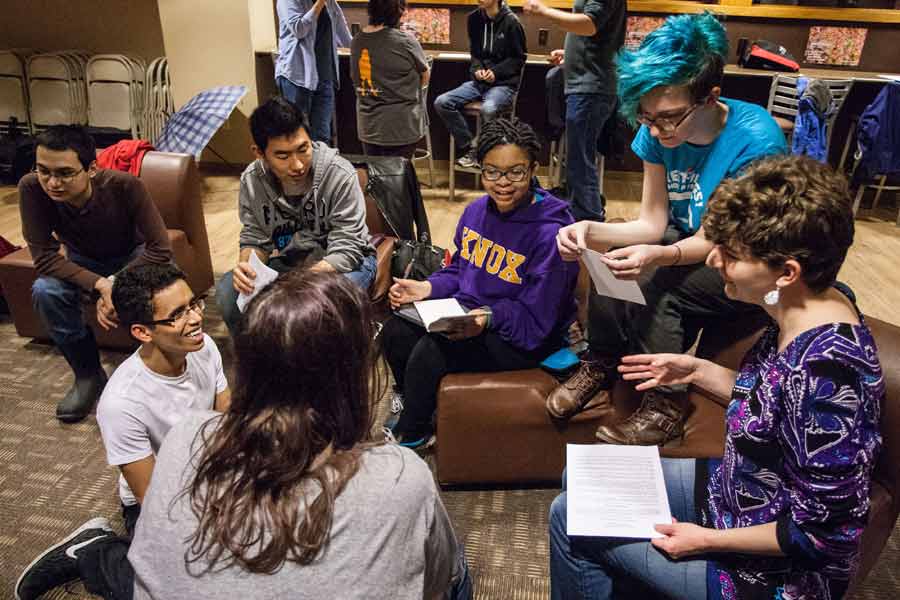 Hastings said one reason she wanted to participate in Game Jam was its "multidisciplinary nature."

"I'm interested in the interaction of different fields," said Hastings, a computer science major with a self-designed minor in Renaissance and medieval studies. "This seems to be a prime example of that."

"I really enjoyed being able to work with people and actually design a game," O'Grady added.

I really enjoyed being able to work with people and actually design a [video] game." - Brian O'Grady '18