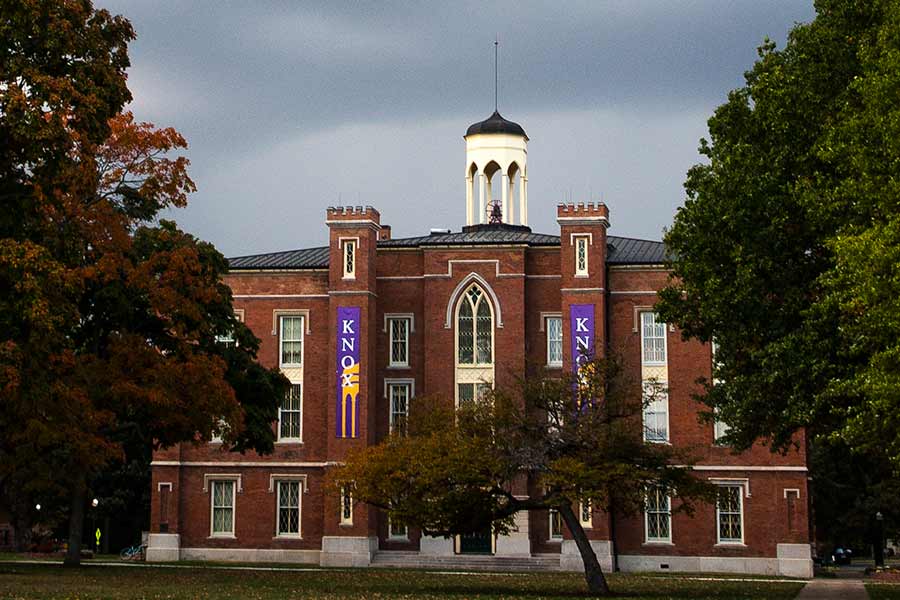 "I was thrilled by the support and enthusiasm our alumni and parents showed during The Campaign for Our Knox," said Knox College President Teresa Amott. "In addition to making their own gifts, so many of them reached out to their friends and classmates and encouraged them to give, too." Approximately 98 percent of Knox students receive some form of financial assistance. "Keeping a high-caliber liberal arts education within the reach of any bright, promising student has always been Knox's mission—and our donors make it possible."

In addition to gifts to the Knox Fund and K Club, donors contributed:

The majority of all of these gifts support the Above & Beyond: Initiatives for Knox, a series of fundraising projects and priorities that make possible the goals of the College's strategic plan, Knox 2018. Since 2012, the Above & Beyond initiatives have received gifts totaling $12.6 million for Alumni Hall; $8.4 million for the Whitcomb Art Center, which opened for classes in January 2017; $6.4 million to support the first phase of renovations to the Umbeck Science-Mathematics Center, and $57 million in support of faculty and students and other campus facilities. In total, Above & Beyond has raised more than $84 million to date.

"We've talked the last several years about it being a ‘transformative moment' at Knox," said Beverly Holmes, vice president for advancement, "You can really see that transformation taking place across campus—new construction; new academic options for students, like the introduction of the bachelor of science degree; and expanded opportunities for students through initiatives like the Power of Experience Grant."

In recent years, private gift support has surpassed endowment income to become Knox's second largest source of income after tuition. As of March 31, 2018, Knox's endowment stood at $158 million, an increase of $18 million from the previous year.

"Our alumni are the people who best understand the work we do here, and they have high expectations for us as an institution," said President Amott. "I'm extremely grateful that they continue to show their belief in our mission through their generous financial support."