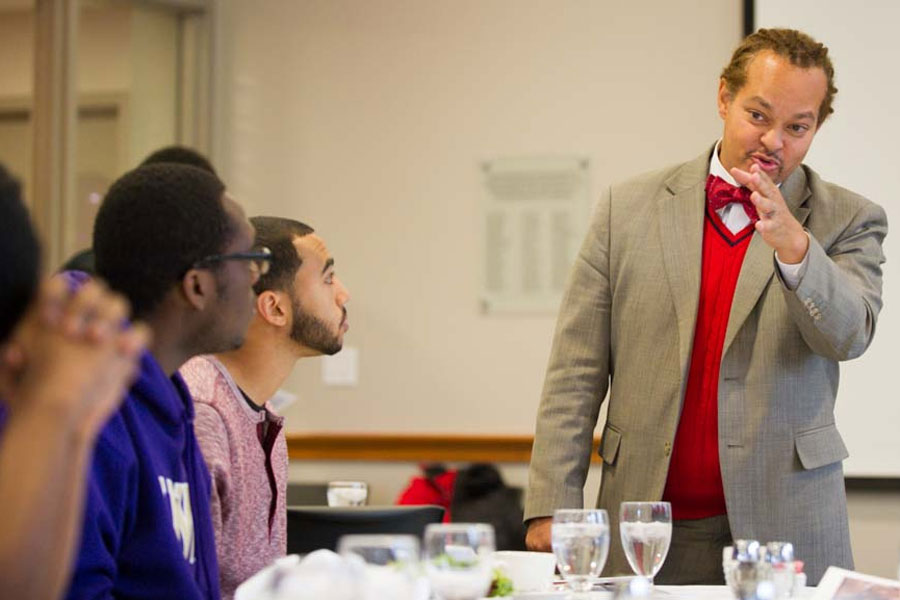 Bruce, who is chief diversity officer at San Diego State University, participated in several events while on the Knox campus, including a luncheon for black men and a panel discussion about study abroad.

"I would argue that you cannot afford not to study abroad," he said at the luncheon.

"Your future depends on your ability to think globally," he added, pointing out that employers value workers who have global perspectives.

He encouraged students to explore their options for studying abroad, which might include short- or long-term opportunities, an alternative spring break, and traveling alone or with a group.

"I've always struggled with the idea of whether I can go abroad," said Jorel Holmes, a Knox junior majoring in Africana Studies. "What I picked up is that I can."

As a high school student, Holmes traveled to Costa Rica, and now he plans to pursue study abroad as a Knox student. "I feel that it changes you, each time you study abroad."

Getting to Know the World

Knox sophomore Donald Harris, who studied abroad in Panama while in high school, said hearing Bruce's presentation made him realize how much he misses study abroad. Interested in a career in international business, he intends to study abroad in South America, Spain, or China.

"I want to become more knowledgeable about the world and have different experiences," Harris said. 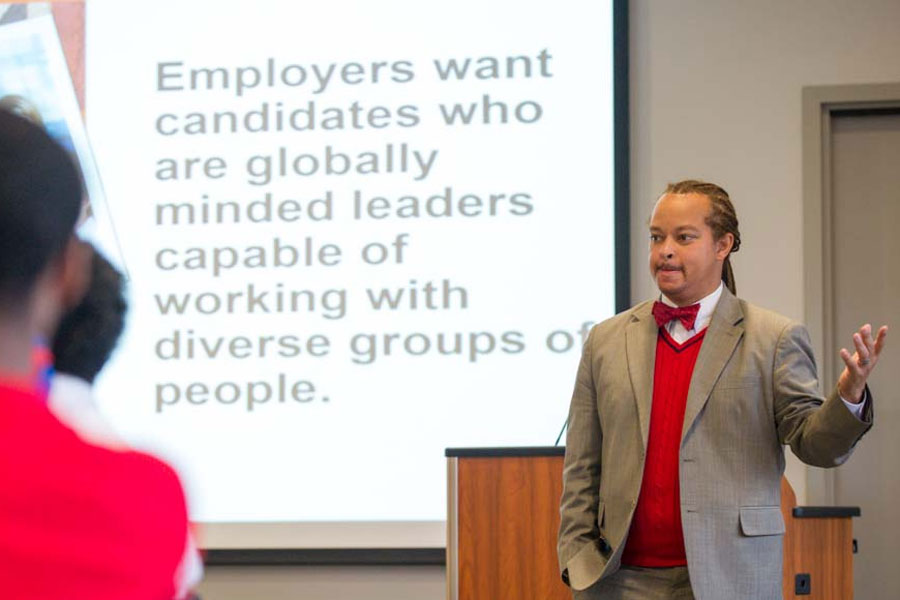 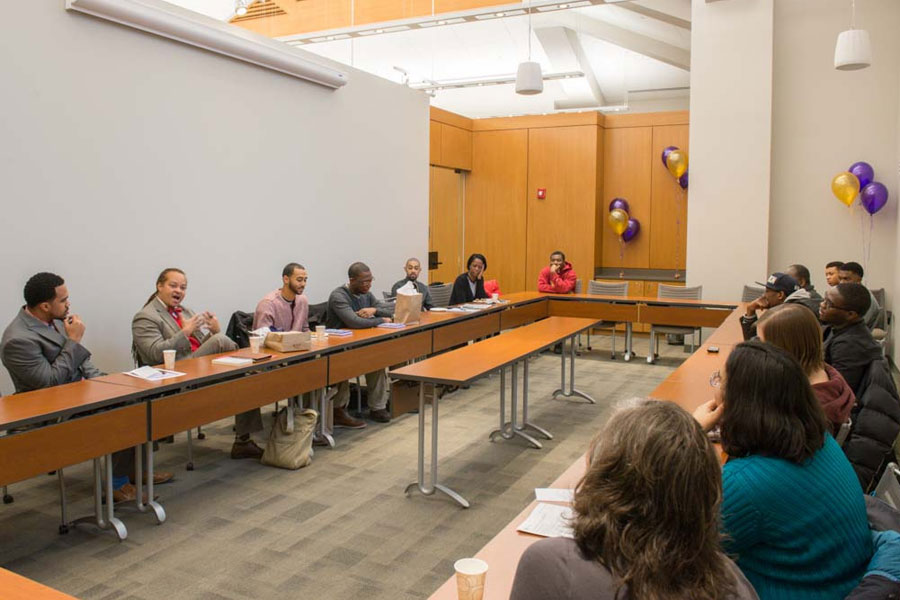 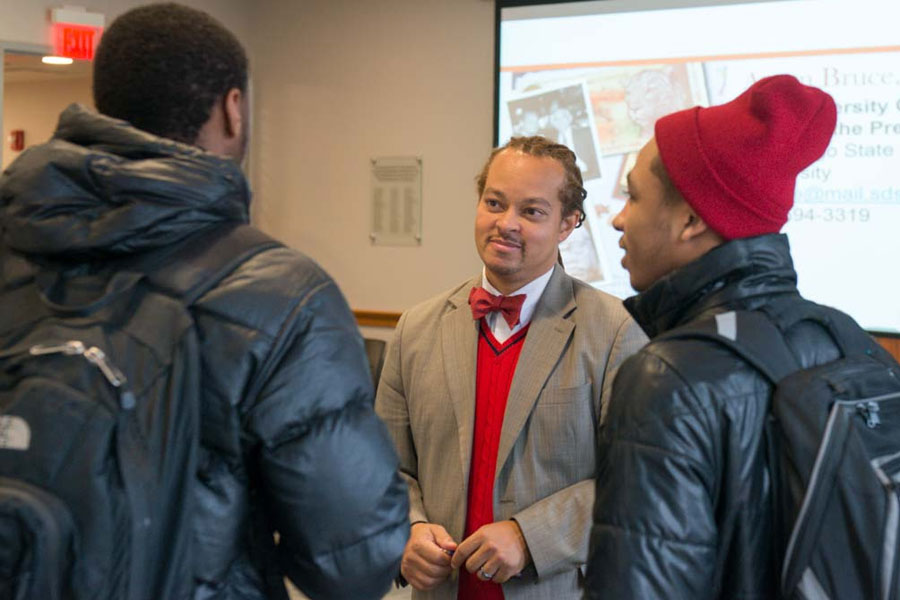 Bruce also participated in a panel discussion with two Knox seniors, Chaz Benton and Deveon Rose, who have studied abroad.

"The biggest thing I learned is the importance of seeing things from other people's points of view because that's how you understand things best," said Benton, who studied in Barcelona, Spain.

Spending time in another country "opened my eyes to so many things I wouldn't have expected," said Rose, who studied in Costa Rica and said he was inspired to travel by Knox faculty member Jessie Dixon. She is an associate professor and Burkhardt Distinguished Chair of Modern Languages.

In a presentation called "Study Abroad and Careers," Bruce spoke to students about how study abroad fits into a larger context. Students need to be able to describe to a potential employer what transferrable skills they gained by studying abroad, Bruce said.

Employers want to hire people who can adapt to change, understand cultural differences in the workplace, and interact with people with a variety of interests, values, and perspectives, he said. Through study abroad, students can develop and improve those skills, Bruce added.

Bruce's visit to Knox was organized by the Eleanor Stellyes Center for Global Studies.

At Knox and other institutions, the students who participate in study abroad programs are mostly female and white, said Robin Ragan, director of the Stellyes Center. Knox is trying to change that, she said, and it is making special efforts to raise awareness among black men about study abroad opportunities.