Donors Give More than $18 Million to Knox 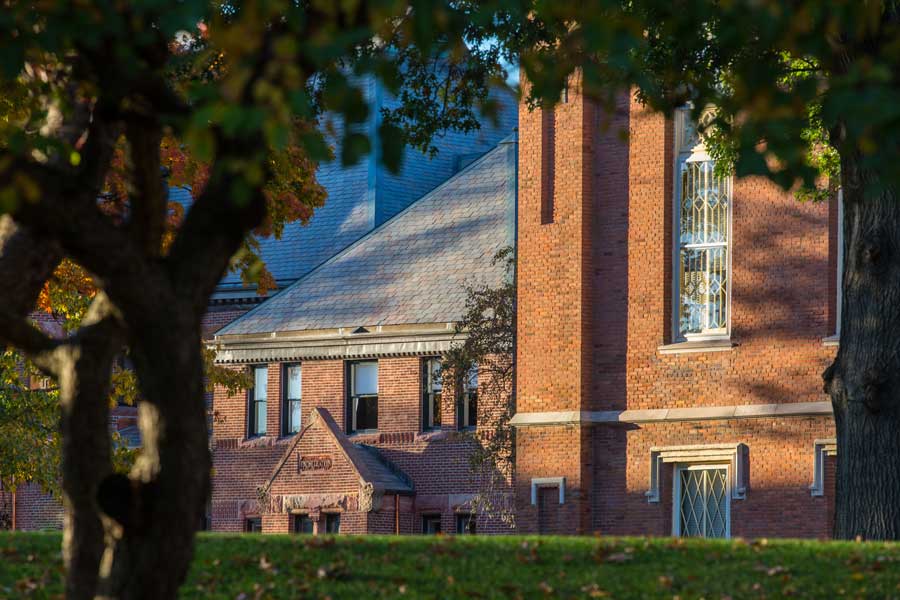 Knox College ended another strong fundraising year in June, as donors to the College gave more than $18 million during the 2014-15 fiscal year (July 1, 2014-June 30, 2015). This year's fundraising success follows on the heels of two record-setting years. In 2012-13, Knox raised a record-breaking $17.7 million in a single year, and a $5-million gift from Dick '57 and Joan Whitcomb '56 to support a new art building, the largest gift from living donors in College history, significantly contributed to $19.5 million in total giving for the 2013-14 fiscal year.

This year marked the return of Alumni Hall as a functioning hub of the campus after being shuttered for nearly 40 years, and design work continues on the new Whitcomb Art Building with plans to begin construction later this year. Design work is also progressing on creating a contemporary, environmentally-sustaining, year-round educational and residential complex at the College's Green Oaks Biological Field Station near Victoria. Green Oaks is the second oldest prairie restoration site in the nation.

"Over the past three years, the College has focused fundraising on a series of giving initiatives collectively called Above & Beyond to enhance the educational experience for both students and faculty," said Beverly Holmes, vice president for Advancement. "This year more than $5 million was received that directly impacted the learning experience on campus, and another $6 million in support of faculty, the student experience through scholarships, research assistance, overseas travel, internships and community service, and the transformation of the Knox campus through new facilities and renovations."

Since 2011, the Above & Beyond initiatives have raised $12.6 million for Alumni Hall and more than $38.6 million in support of faculty, students and other campus facilities for a total of more than $50 million.

Knox College's endowment also continues to grow. As of March 31, 2015, Knox's endowment stood at $127 million, the highest amount in College history. Annual income from the endowment, tuition revenues, and private gift support are the College's three primary sources of annual revenue. Over the past few years, private gift support has surpassed endowment income to become Knox's second largest source of income after tuition.

"I am profoundly grateful for our alumni, parents, and friends, whose generosity helps Knox provide a 21st-century education for 1,400 talented and promising students," said Knox College President Teresa Amott. "In our ever-changing global world, a residential, liberal arts education -- a Knox education -- is more important than ever, and I am thankful for the gifts we receive each year to support and enhance that education."