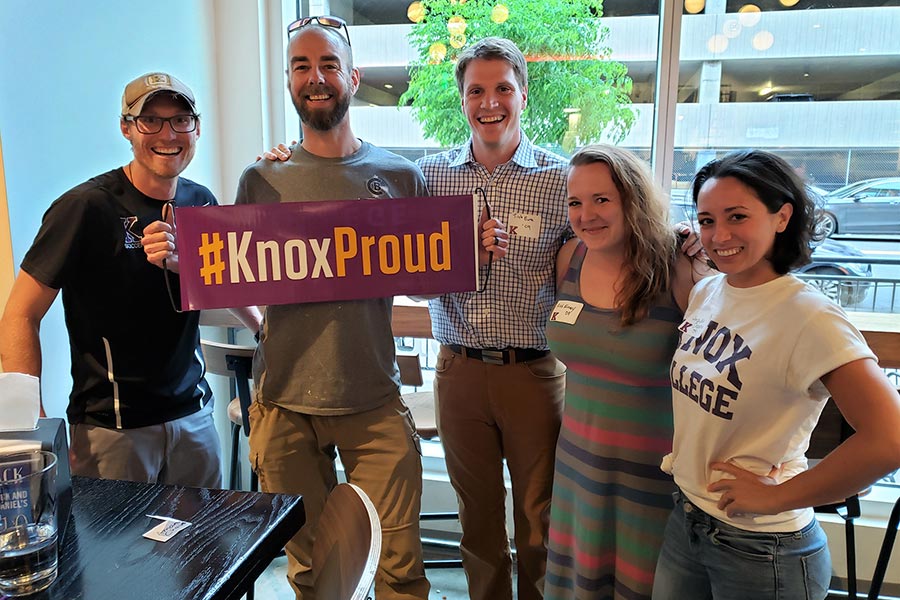 More than 6,000 of those donors made gifts totaling $3.7 million to the Knox Fund, which pays for those aspects of the Knox experience that tuition doesn’t cover, with financial aid and scholarships being the most popular area of support.

Another $7.6 million in gifts went toward campus facility renovations, including Phase I renovations to the Umbeck Science-Mathematics Center, the opening of the HOPE Center in the former Second Baptist Church on Cherry Street, and the completion of Phase I improvements to Prats Soccer Field. In addition, $3.4 million was added to the Knox endowment in support of scholarships; student experience funds for research, community engagement, and global travel; and departmental programming.

"This past year was our strongest fundraising year in five years," said Vice President for Advancement Beverly Holmes. "It is exciting to work each day in a science building that is being renovated right around us, thanks to the donors who believe in the project and the work of our faculty and students. It was also so powerful to see the high level of enthusiasm on #KnoxProud Day as donors rushed to participate and met the donor goal hours early. We are grateful to the donors who went 'all in' for Knox this year and look forward to engaging more alumni in the work of the College this coming year through expanded alumni engagement."

Knox also announced the successful conclusion of Phase II of its Above & Beyond Initiatives, which began in FY2013. In total, the initiatives raised more than $97.2 million, or 114 percent of the $85.3 million goal. Gifts went toward capital improvements and endowed funds in support of  faculty compensation, student experiences, academic programming, and scholarships.

Among the most noticeable changes on campus as a result of the Initiatives are:

In the classroom, Above & Beyond Phase II has resulted in five new endowed professorships; new endowed funds to support student research, American history, physics, entrepreneurship, and other programs; and 35 new endowed scholarship funds, resulting in an additional $675,000 for scholarships each year.

"Thanks to the support of these many donors, Knox maintains its strong academic reputation, a dedicated faculty and staff, and a solid—and growing—endowment," said President Teresa Amott. "We’re so grateful that the Knox community believes in the power of the work we do here and invests in it. This philanthropic support, along with the diligent management of our resources, enables Knox to continue to deliver an exceptionally valuable education to our students."