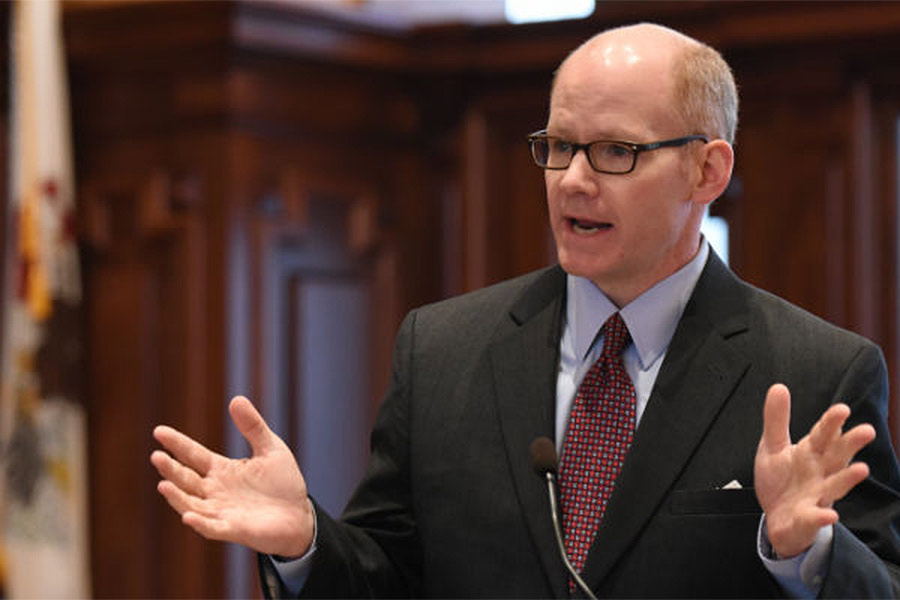 "This is a wonderful example of how a Knox education prepares you for a life of leadership and purpose," said Knox President Teresa Amott.

Harmon, who is from Oak Park, has served in the Illinois Senate since 2003, playing a key role in shaping public policy and advancing legislation. He represents the 39th Legislative District, which consists of Oak Park, parts of the city of Chicago, and other suburbs, including Addison, Bensenville, and Franklin Park. During his time in the Illinois Senate, he has advocated for educational and economic opportunity, ethics reform, voters’ rights, protection of civil rights, and promotion of renewable energy.

After graduating from Knox with a degree in English, Harmon worked his way through the University of Chicago, where he received both a law degree and MBA. He later worked in Springfield on the legal staff of the Illinois House of Representatives and in his private law practice.

As a student at Knox, Harmon was a member of Beta Theta Pi fraternity and the football and wrestling teams. Since graduating, he has remained involved with the College, serving as an alumni trustee from 2013-2017 and as a member of the Knox Alumni Council, Chicago Knox Club executive board, and annual fund steering committee. He was named a general trustee in 2018.

“Knox changed my life,” Harmon said in the fall 2013 issue of Knox Magazine. “I owe the College a great deal more than I can ever repay.”

Knox has discontinued its previous majors in Latin and Greek to offer two new programs in Classical Languages and Classics & Mediterranean Studies.