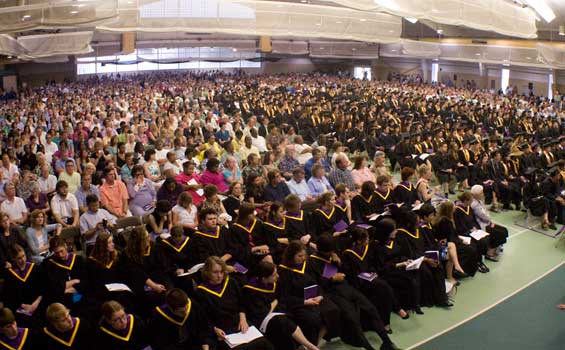 "Change is important -- it takes you out of your comfort zone," said Tina Tchen, Director of the White House Office of Public Engagement, in her address to graduating seniors at Knox College. It was Knox's 165th Commencement Exercises -- for the first time in more than 20 years, held indoors due to weather.

"If you aren't changing, you aren't growing," said Tchen, who told graduates that she left a 30-year legal career in Chicago to lead the office that describes itself as "the open front door to the White House."

Knox awarded honorary degrees to Tchen, Caterpillar Chairman and CEO Jim Owens, and poet Kwame Dawes, who was unable to attend due to weather.

Stats on the Class of 2010: 344 receiving diplomas; from 18 countries and 25 states; 34 inducted into Phi Beta Kappa, 34 inducted into Mortar Board; three will study abroad next year with Fulbright Fellowships; 24 earned College Honors for their advanced research or creative projects.