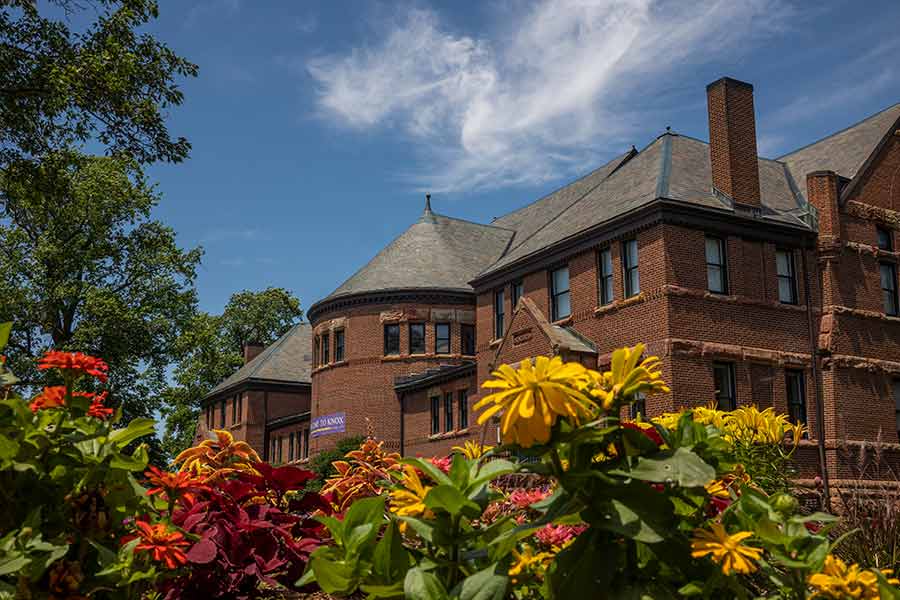 Ten students who recently completed eighth grade in Galesburg School District 205 have been selected as the newest inductees to the George Washington Gale Scholars Program, which provides qualified Galesburg students with a path to a free college education.

Every year, eighth-grade students from District 205 are selected for the program after a rigorous application process. As Gale Scholars, the students participate in summer enrichment courses, community service opportunities, extracurricular activities, and demanding academic coursework and special-skills workshops to prepare them for collegiate studies.

Students who successfully complete the Gale Scholars Program during their time in high school receive tuition-waiver scholarships toward the completion of associate’s and bachelor’s degrees at Carl Sandburg College and Knox College, respectively. Highly academically successful students at Galesburg High School may qualify for direct enrollment at Knox College. The George Washington Gale Scholars Program was founded in 1996 and is named after the founder of the City of Galesburg and Knox College.

The traditional in-person induction ceremony for the new Gale Scholars—the Class of 2025—was not held because of public health protocols related to the COVID-19 pandemic. Instead, the Gale Scholars Steering Committee honored those students, as well as the Gale Scholars Class of 2024, with a virtual ceremony, which can be viewed on the District 205 YouTube channel.

“The new inductees entered the program with a cumulative GPA of 3.40, are involved in a variety of student activities, and serve their community by volunteering for a number of causes,” said Steve Cheesman, director of the Gale Scholars Program. “Many of these students face enormous challenges, and they find ways to overcome these challenges with their grit, determination and intelligence.”

The Gale Scholars Program provides students with “an opportunity to achieve their dreams and experience things that will serve them well for the rest of their lives,” Cheesman added.

Below are the names of the Gale Scholars of the Class of 2025: