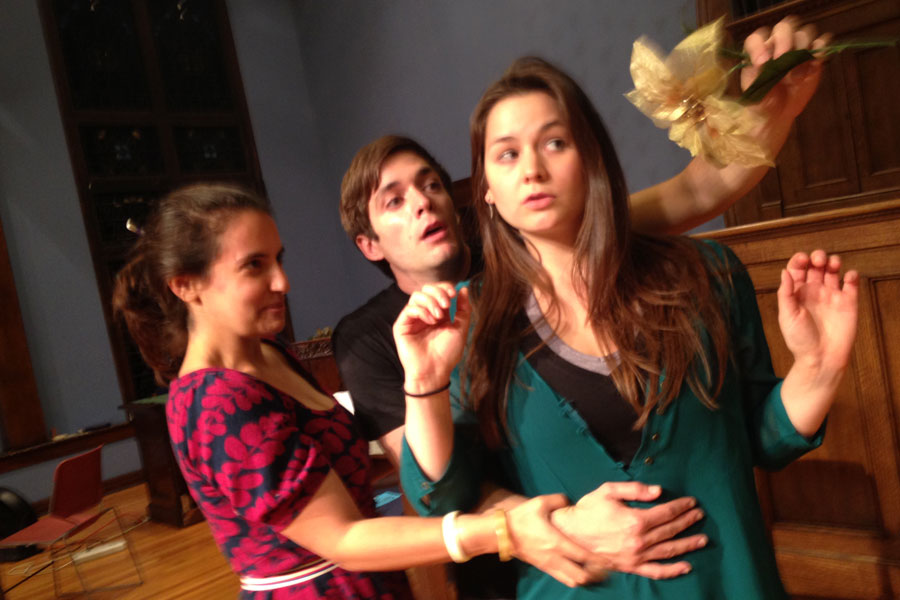 Knox alumni have always had a strong presence in Chicago Theatre, but this summer, a new theatre company showcases the diverse talent of Knox graduates.

Anaemic Theatre, started by several Knox alumni, is a small new company in Chicago. Their inaugural production of Sarah Ruhl's Passion Play premieres at the end of July.

"Passion Play has been on my radar for about five years now," she says. "Last fall, I suddenly found myself in the position to be considering actually staging it. This falling-into-place of circumstances coincided with the moving to the city of several fellow Knox alums (and dear friends). I had the space, I had the time, and now I had the team."

Lurenz, a founding member of the company, majored in modern languages at Knox. He wasn't a theatre major, but he still left Knox prepared for the world of professional theatre.

"The liberal arts education Knox offers, especially the microcosm that is the theatre department, allowed me to explore different areas of theatre and gain skill sets that other programs may not allow non-majors to take part in," says Lurenz.

During his time at Knox, Lurenz gained practical experience in costume, make-up, and millinery designs and construction, preparing him to become the costume designer for Anaemic Theatre's inaugural production.

Munzesheimer, also a founding member, will play "The Director" in Passion Play and has worked as the fundraising coordinator for the young company.

"At Knox I was able to autonomously build projects from the ground up," says Munzesheimer. "This was great practice for the world of professional theater, since sometimes you have to create the kind of theater you want to be a part of."

At Knox I was able to autonomously build projects from the ground up.