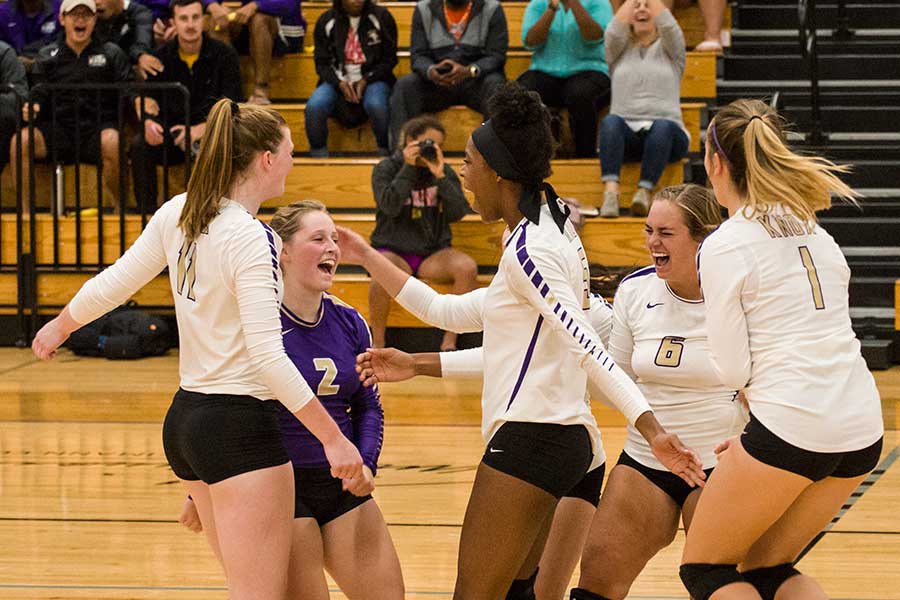 This past weekend, more than 100,000 fans packed into the Alamodome in San Antonio to watch the NCAA Division I Men's Basketball Final Four, while another 20-plus million watched from home. However, this week marks a celebration for a different kind of collegiate student-athlete. For NCAA Division III athletes, there are no athletic scholarships being handed out and no extra benefits due to their standing as a student-athlete, but rather a greater focus on their academic course load.

Knox College President Teresa Amott says, "I just kind of think that it's an interesting moment that we are talking about DIII Week in this context as all of us are glued to our TVs to watch teams compete at the highest level of athleticism, but in ways that aren't really connected to the educational experience on our campuses."

The National Collegiate Athletic Association initially announced the annual celebration of Division III Week in 2010 in efforts to "sharpen the division's identity and to enable schools and conferences to more effectively explain why they prefer to compete in Division III."

President Amott believes this preference to compete in Division III is important for Knox student-athletes. "The priority that is placed in Division III is on the overall quality of the educational experience and to make sure that every student-athlete is integrally related to the campus; that they don't have an experience that is educationally different from the non-athletes."

Not only do some believe Division III separates itself academically, but relationally as well. "I was actually a Division II athlete and didn't, coming into it, have an intention to go to Division III. I loved Division II and had a great experience as an athlete there, but when I started working in Division III, it was just so much more of a personal experience between coaches, administrators, and student-athletes," Knox Athletic Senior Woman Administrator Lexie Vernon said.

The focus of this year's celebration is "to observe and celebrate the impact of athletics and of student-athletes on the campus and surrounding community."

At Knox, Professor of Chemistry and Faculty Athletic Representative Larry Welch believes that student-athletes truly represent this vision set forth by the NCAA. He says, "I really like the notion that we have real students and our athletes are real members of the campus community. They are not like, 'I am here to take a few classes so I can wrestle' or 'I am here so I can do this,' but they are really here to focus on being a student and yet they are passionate about their athletics."

In talking with multiple student-athletes on campus, passionate is exactly what they are. "Being a Division III athlete means taking time to truly be a student while still being able to pursue your passion for athletics in a competitive environment. That's important to me because I still love football and baseball; I wasn't ready to give them up and Division III gave me an opportunity to get a great education while continuing to play sports," Knox College senior football and baseball player Matt McCaffrey said.

Fellow senior and basketball and soccer standout Kayla Brown goes on to say, "I also felt more comfortable coming to a school where all the athletes were close and connected, basically creating a second family for me."

The celebration of Division III Week at Knox is full. "We have a week of activities planned where there is a different theme each day and we are asking all members of the community to dress in various attire to show support for athletics and use designated hashtags for Division III Week and Prairie Fire Pride," Knox Student Athlete Advisory Committee (SAAC) Advisor Kim Schrader said.

Knox joins 451 schools and 43 conferences nationwide in the Division III week celebration that concludes on Sunday. 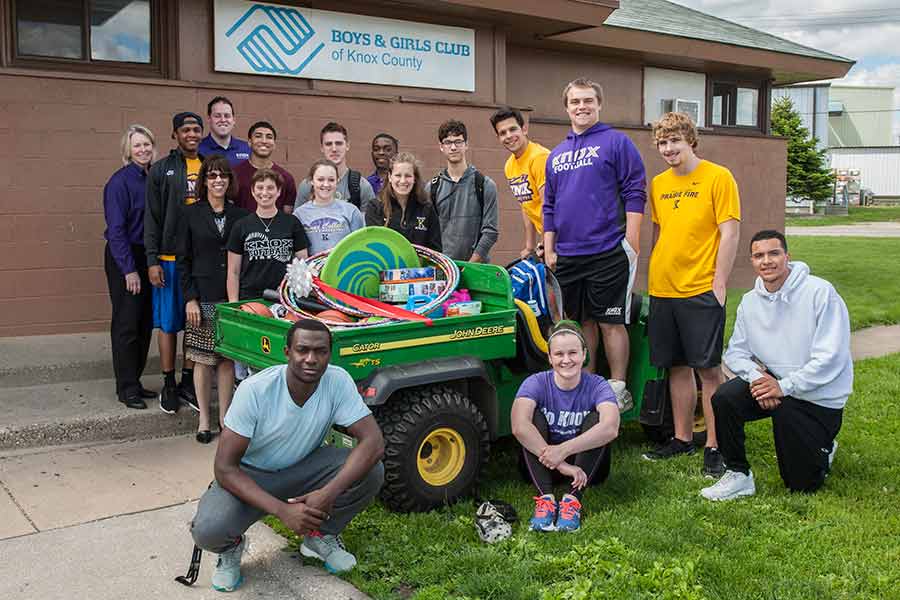 Pictured above: Students in SAAC (Student Athlete Advisory Committee, a club for students on NCAA teams) take books and toys they purchased for donation to the Boys and Girls Club in Galesburg.

Andrew Isaacson '99 of The Famous Group and Jordan Anderson '19 of the NFL helped enhance fans' experiences for the big game.

There will be no 2020–2021 conference play for fall or winter sports, though the conference and Knox are still hopeful that competition may resume for spring sports. 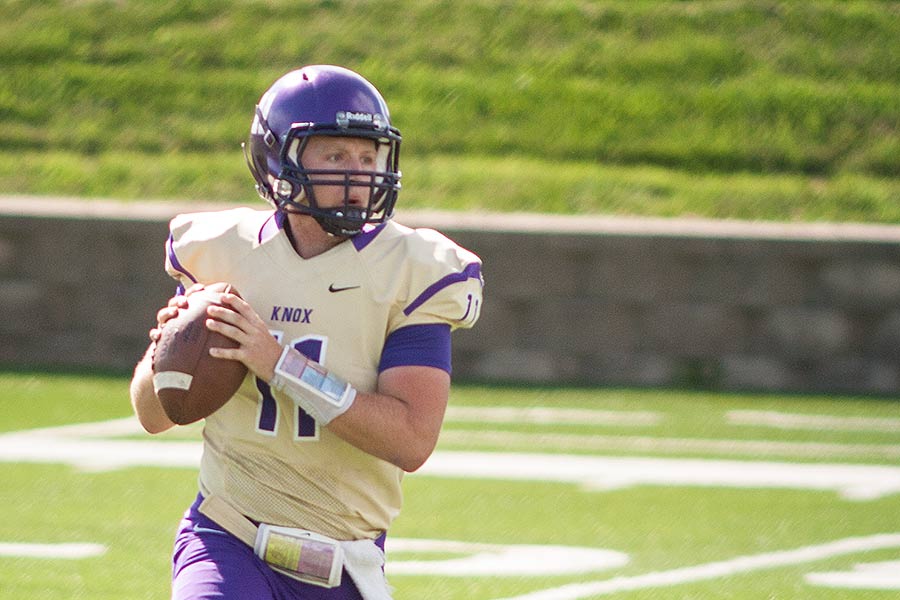 "Being a Division III athlete means taking time to truly be a student while still being able to pursue your passion for athletics in a competitive environment."—Matt McCaffrey '18