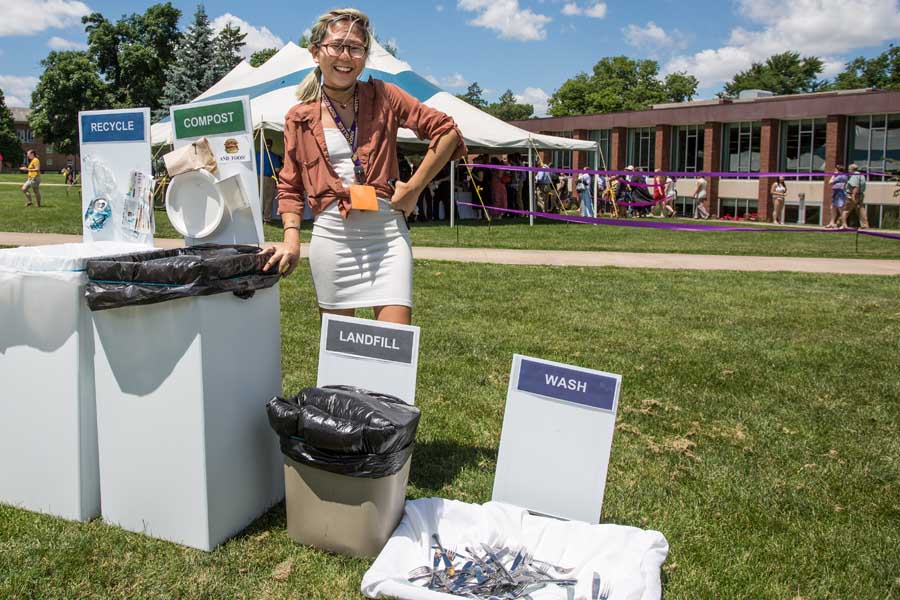 Less is more in a lot of ways, including student-operated waste-reduction initiatives at Knox College that have achieved significant savings through increased reuse and recycling.

Among the areas most affected are major campus events that come at the end of the regular academic year, including Commencement festivities and the closing of residence halls for the summer.

"For me, this has grown from something that I just helped with, into something bigger that makes the end of the year feel right," said Michael Gerten, a computer science major who graduated in June. He's been involved with the year-end recycling for the past three years.

"The awareness level has gone up among students, and that helps. We know that the donated items are going to the right places."

Surplus electronics require special handling, Gerten said, and the year-end program helps ensure that they're either reused or correctly recycled. "This year we only had to get one television out of the trash. All the rest were donated to us instead of being thrown away."

The Commencement picnic—attended by hundreds of graduating seniors, families and friends—generated just 2.5 pounds of waste that had to be shipped to the local landfill.

"Only 1.3% of the Commencement picnic waste had to be landfilled. The balance of the waste, more than 180 pounds, was recycled back to the earth through our composting program," said Deborah Steinberg, Director of Campus Sustainability. The compost is used on the Knox Farm, where students grow vegetables that are supplied to the campus cafeteria during the school year, and donated to students and local charities during the summer.

Recycling and reuse have transformed another traditionally big waste generator—the week when students clean out their residence halls for the summer.

"More than seven tons of materials from the residence halls, which in the past would have been thrown away, was diverted from the dumpsters," Steinberg said. Year-end recycling in the residence halls began as an informal faculty-student effort; now it's a well-organized, campus-wide push by staff and students from the Sustainability Office.

"Clothes, books and household items that students can use were donated to the campus Share Shop, where they'll be given away free to new and returning students who need those kinds of things in the fall," Steinberg said.

Ten student volunteers from Knox's Kleine Center for Community Service each had shifts of up to three hours a day during the week-long period that other students were moving out of their residence halls. They joined four students in the program who had work-study jobs with Knox's Office of Sustainability.

Clothing that exceeded the capacity of the Share Shop was donated to the Purple Hanger, a resale shop that benefits the Safe Harbor Family Crisis Center in Galesburg, while food and personal care products were donated directly to the family crisis center.

Fabric and foam that could not be reused were sent for recycling to the Re:New Thrift Store, operated by Northwoods Community Church in Galesburg. Blankets and towels were donated to the Knox County Humane Society.

Photos, above, recycling at Commencement and from student housing; below, the campus Share Shop; more sustainability at  Knox on Flickr... 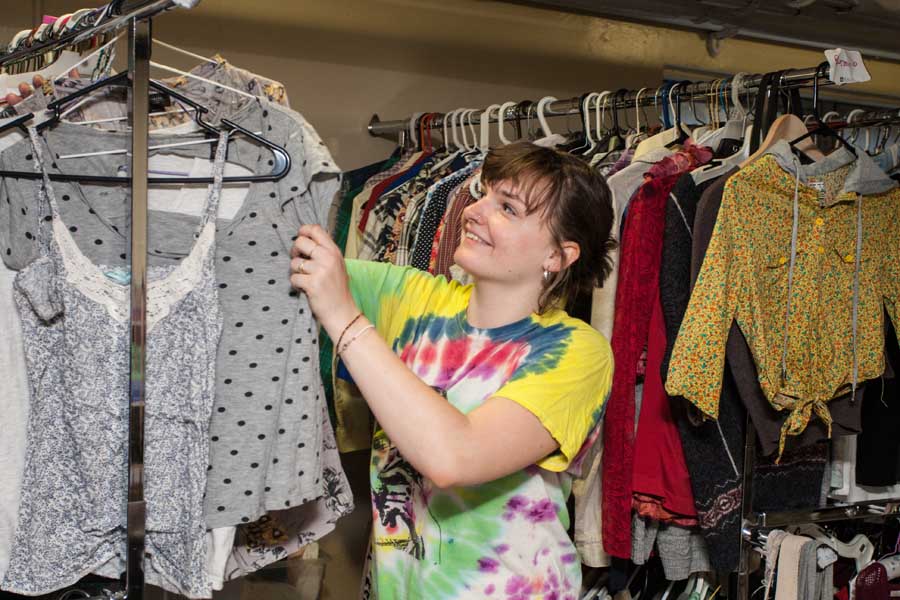 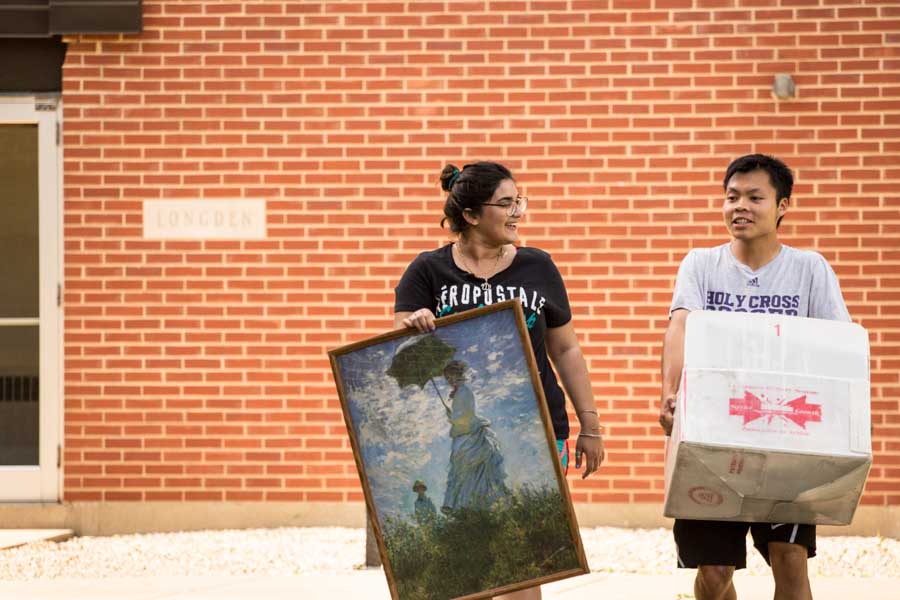 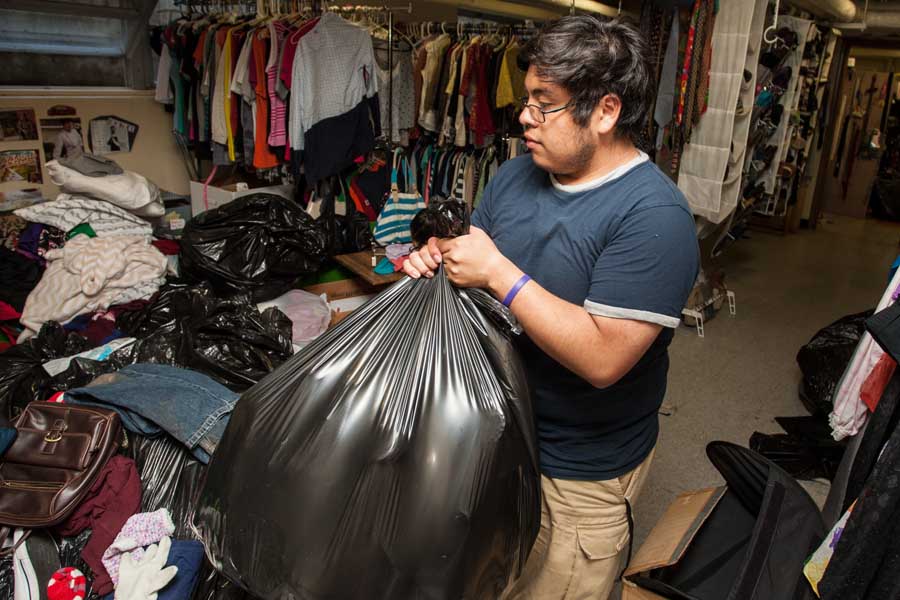 Despite personnel changes, uncommon instrumentation, and a pandemic, the Knox String Ensemble has fostered a community of musicians. 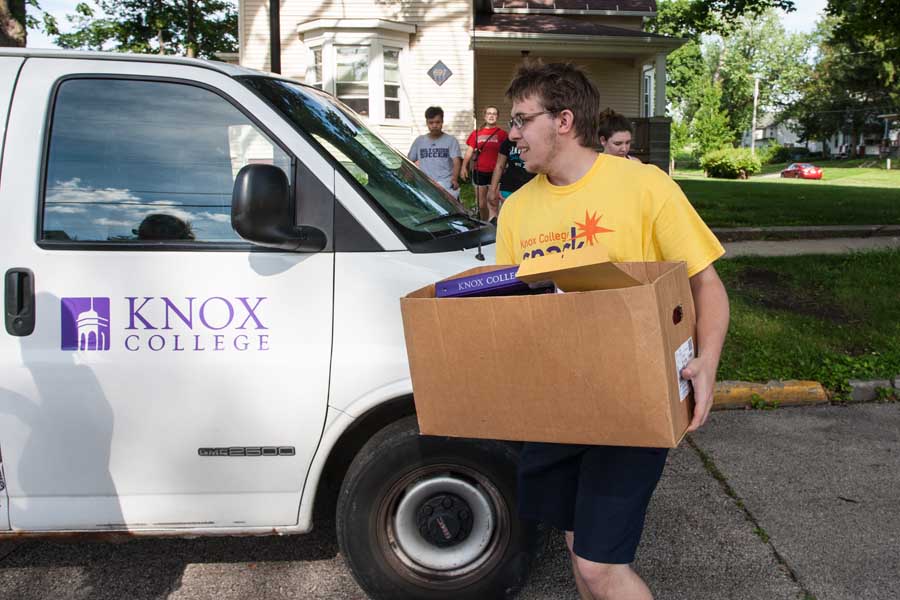 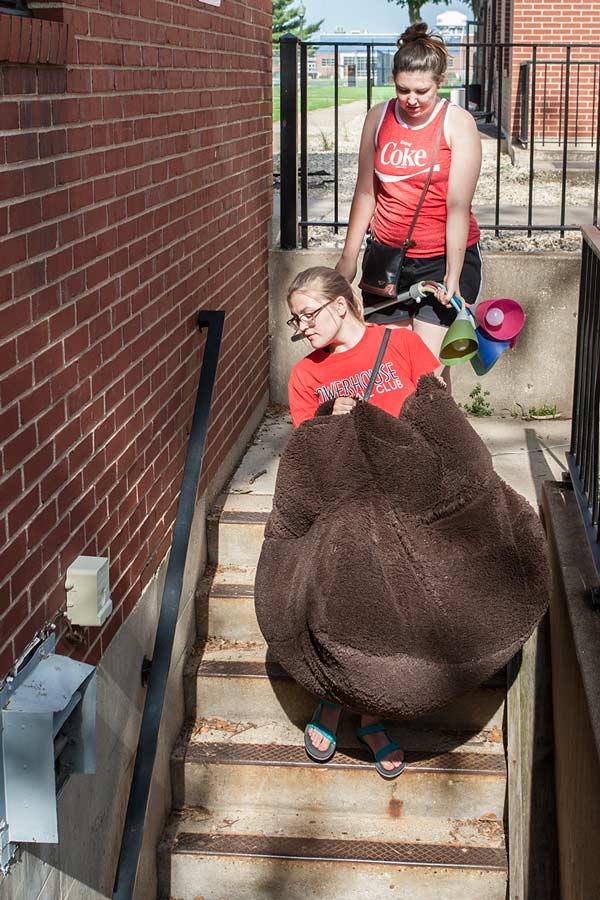