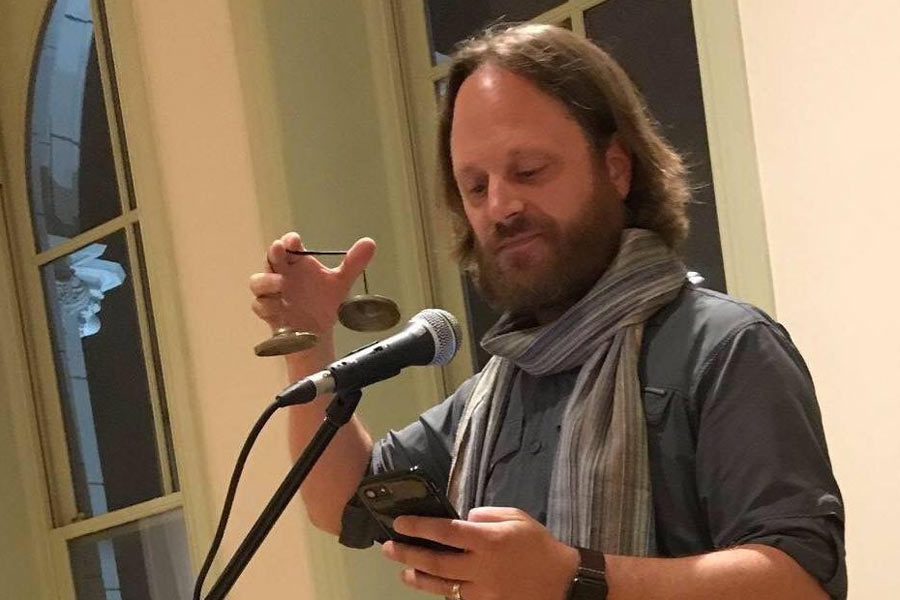 An online workshop, called “Freedom in Form—The Poetics of Haiku and Ghazal” and organized by the St. Louis Writers Guild, was led by earlier this month Moeller-Gaa and Jennifer Lynn on Zoom, a video chat platform.

“We wanted to do a talk together about how we find that writing in a formal poetry style has given us more freedom to kind of do our thing than not working formally,” said Moeller-Gaa. During the workshop, Lynn and Moeller-Gaa discussed one of Lynn’s particular forms, ghazals, and haiku, which Moeller-Gaa writes.

Moeller-Gaa studied creative writing at Knox and is now an English-language haiku poet and playwright in the St. Louis area. He first encountered haiku at Knox when then-professor Sheryl St. Germain recommended that he turn to The Essential Haiku: Versions of Basho, Buson, and Issa edited by Robert Hass to inspire his shorter poetic works.

“That was the first time I saw translations of haiku that weren’t 5-7-5,” said Moeller-Gaa, referring to the traditional syllable-count of each three-line poem, “and that really kind of blew my mind.” When Moeller-Gaa started submitting his work to literary magazines after graduation, he received feedback that often pointed him toward what to read next.

He spoke on what he loves about the nuance of haiku: “You have a moment that you capture. And you put in just enough information so that the reader, when they enter that moment, they fill in all the space in that moment with their own life, so the poem becomes the reader's, not the poet’s.”

For Moeller-Gaa, this quality of haiku makes reading and writing haiku feel like an active conversation. “The beauty of it,” he said, “is that when you're writing [haiku] or even reading, it gives you permission to stop everything else you're doing, get out of your own head, and just observe what's around you.”

Reading is essential to Moeller-Gaa’s process, and he recommends it to writing students who are struggling with their work. “Inevitably, when I'm working on a poem, I'm gonna get stuck,” he said. “And inevitably, there's another poet out there that has solved the problem for me."

Moeller-Gaa was nominated for a Pushcart prize for his 2014 haiku collection Wasp Shadows, and his 2018 collection of haiku and senryu, Wishbones, was awarded a 2018 Touchstone Award from The Haiku Foundation. Both collections were published by Folded Word Press.

What’s more, Spartan Press has just announced that a manuscript of haiku and senryu by Moeller-Gaa, titled One Breath, will be released in late June 2020.

When asked about adapting his life to the ongoing COVID-19 pandemic, Moeller-Gaa advised young writers to reread the books that they already love. “I think in some ways, as writers, you know, it tends to be a solitary kind of experience.” he said. “We're kind of uniquely equipped to ride this thing out.”

“Haiku gives you that pause and that perspective and that time to really look and see the world as it is and appreciate it.”

April 17 is International Haiku Day. In that spirit, we’ve included five haiku poems from Moeller-Gaa’s 2018 collection in the gallery below; they are calligraphed by Folded Word Press’s editor-in-chief J. S. Graustein. 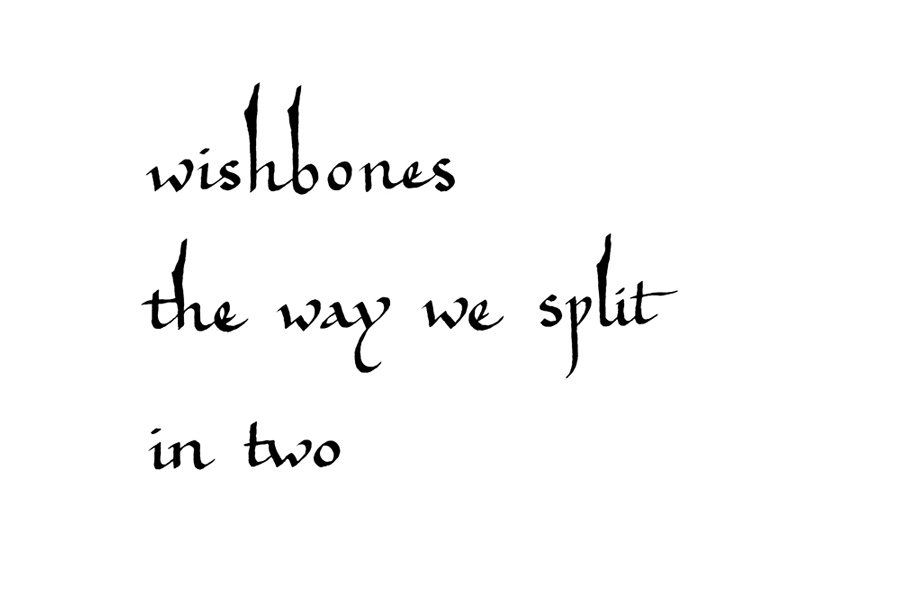 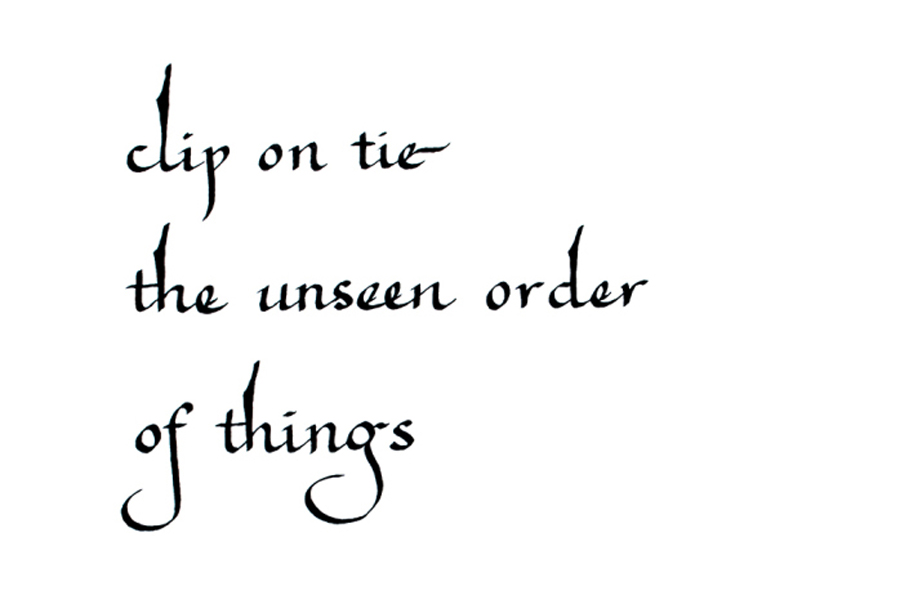 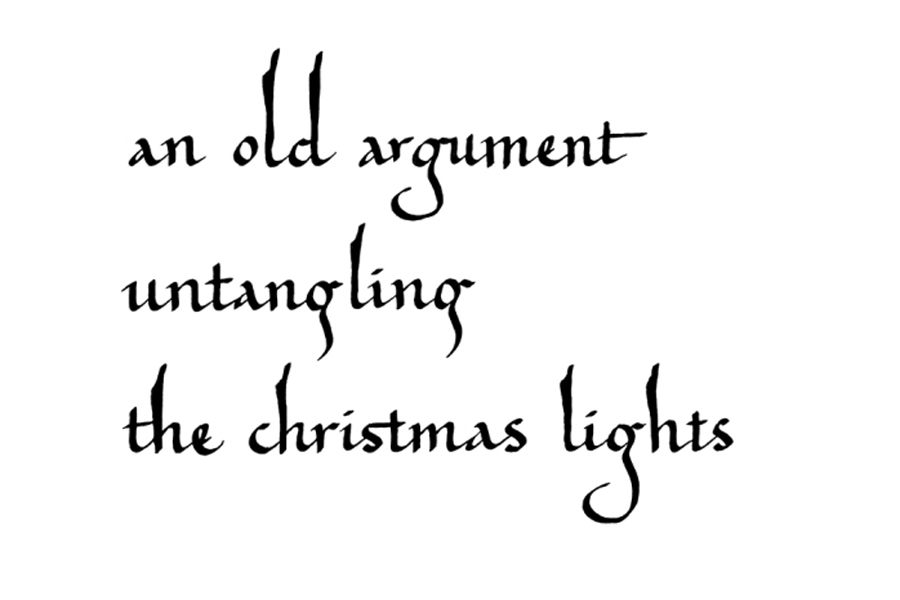 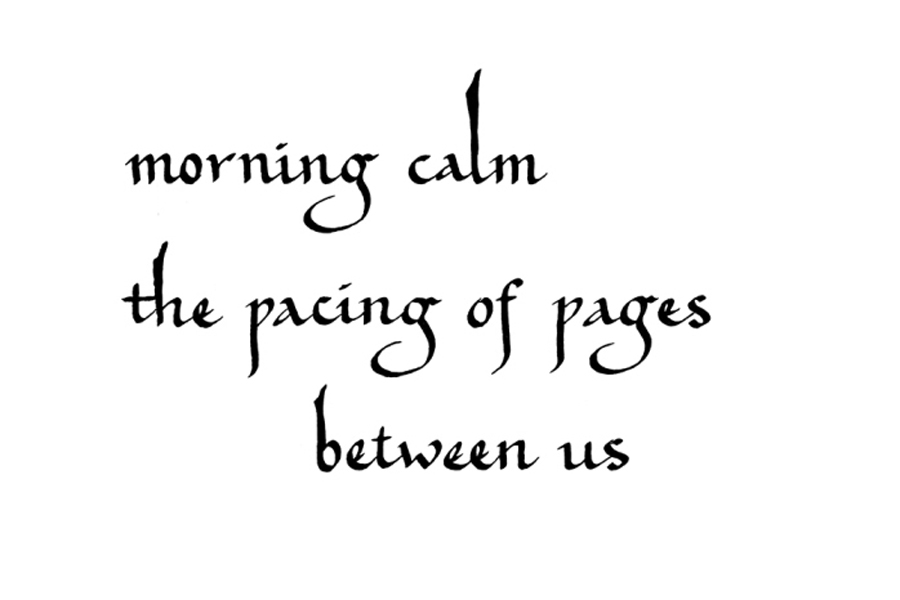 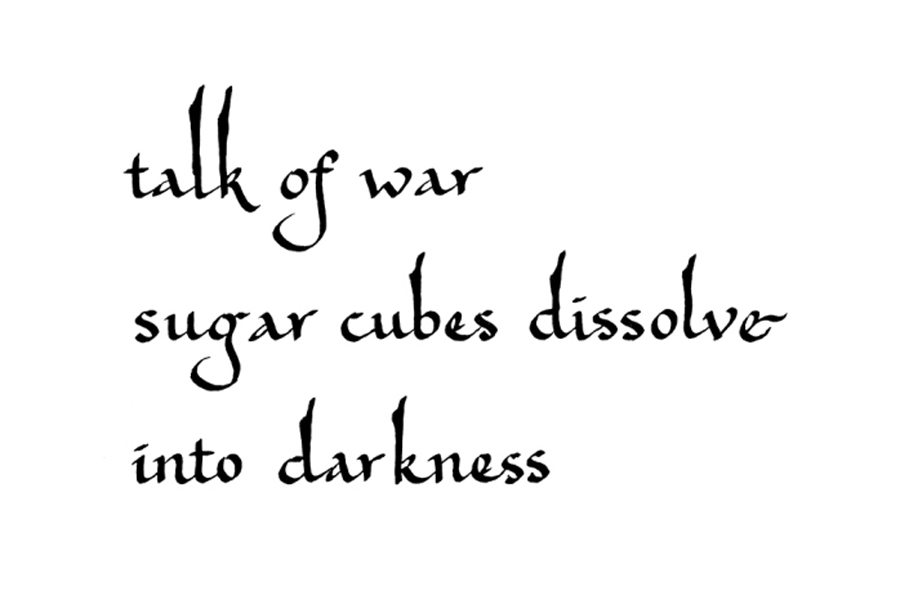