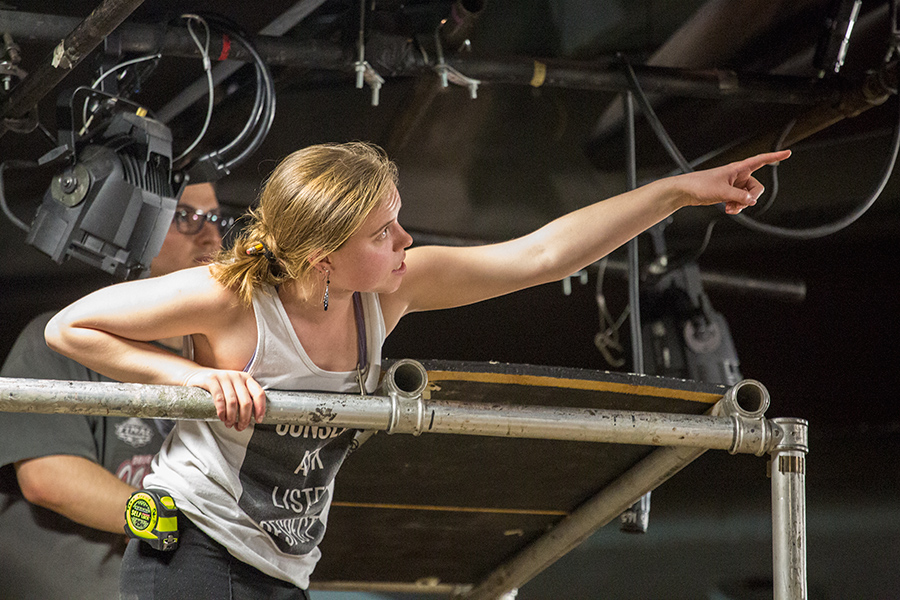 Knox's Repertory Theatre Term—Rep Term as it's been called for most of its 35-year-history—is the only undergraduate theatre immersion program in the United States that combines academic study with all of the experiences that one would gain in operating a professional repertory theatre company. Since is was founded, each Rep Term has featured two full-length productions. This year they are Neil Gaiman's Neverwhere and The Secret in the Wings by Mary Zimmerman—the show for which Schleicher is sound designer.

"I've been in the theatre every night working with the actors and the director (Assistant Professor Theatre Jeff Grace) to piece it together and it's just amazing," said Schleicher, who brought 13 years of experience with sound systems and two years in theatre sound design to the productions. "You get a taste of working in a professional theatre. It's really experiential."

Just over half of the students in the program this year are majoring in theatre. Many, like Schleicher, who has yet to formally declare a major, bring extensive experience in theatre at Knox and in high school.

Even so, Schleicher said Rep Term has challenged him, as he had to design a show in Knox's Studio Theatre, a highly flexible performance space known as a "black box," with no fixed stage or seating.

"I've never worked in a black box theatre before, and I love it."

He and the other Rep Term students follow a schedule that's challenging, but not unexpected in the field of professional theatre: every weekday morning, production meetings alternate with research and dramaturgy workshops. Every afternoon, they work on sets, costumes, and other backstage facets of the productions. They're in rehearsal every night until 11:00 p.m. At crunch time, it's seven days a week. They'll give 10 performances, five of each show, during a two-week run.

"We work an average of 20 hours a week on our production crews alone," Schleicher added. "We very, very easily lost track of time and day." 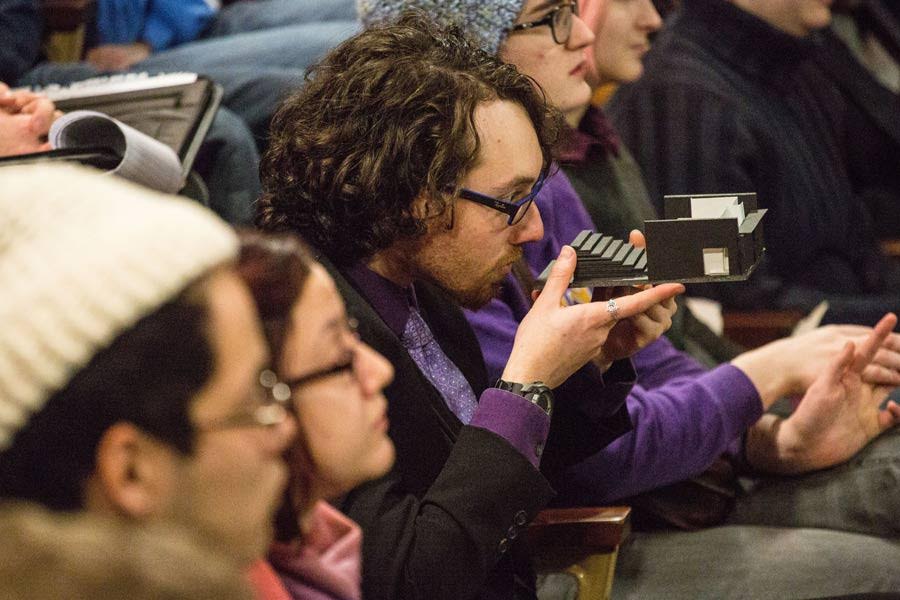 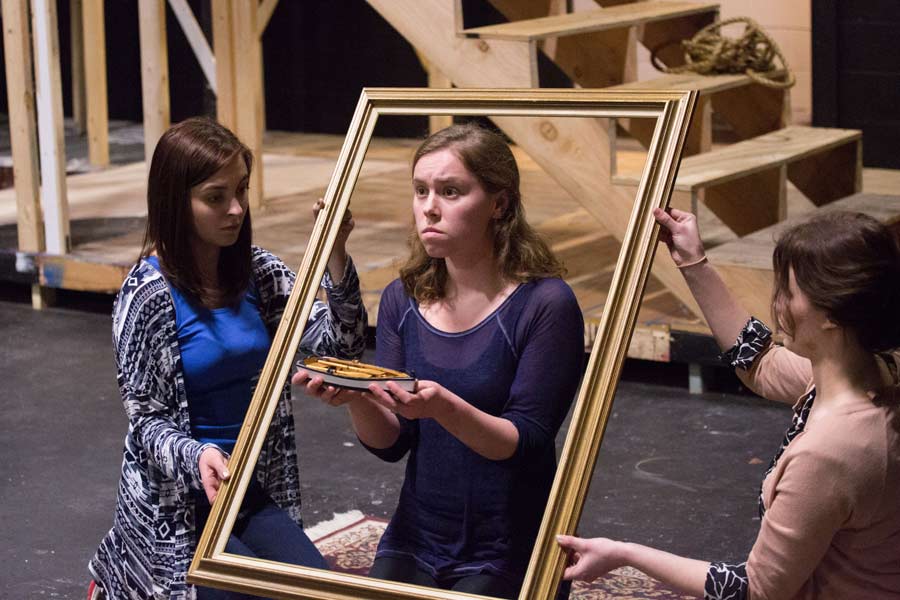 Pictured above, Joel Schleicher '19 reviews a model for the set of  The Secret in the Wings, Niki Acton rehearses a scene from the same play.

Niki Acton '16, a senior majoring in creative writing and theatre, came into Rep Term with several directing credits at Knox as well as national recognition for her playwriting. She has two big production assignments—assistant director for Neverwhere and master electrician for The Secret in the Wings. She also has a character role in The Secret in the Wings.

"The way that the term is structured, my technical work on lighting didn't start until the sixth week," said Acton. "Up until that point, I was working with the actors every afternoon."

"Our designs for sets, lighting, and costumes are more interesting because the artistic choices are always based on text analysis," she said. "How do we manifest that character in what the actor will wear? It's another way of looking at the text."

In the midst of what Acton describes as a "whirlwind," Rep Term also reinforces the truth that theatre is a team effort.

"It's not about your work as an individual. It's a lot more about being a part of a company," she added. "I really feel that I've been a part of something bigger than myself." 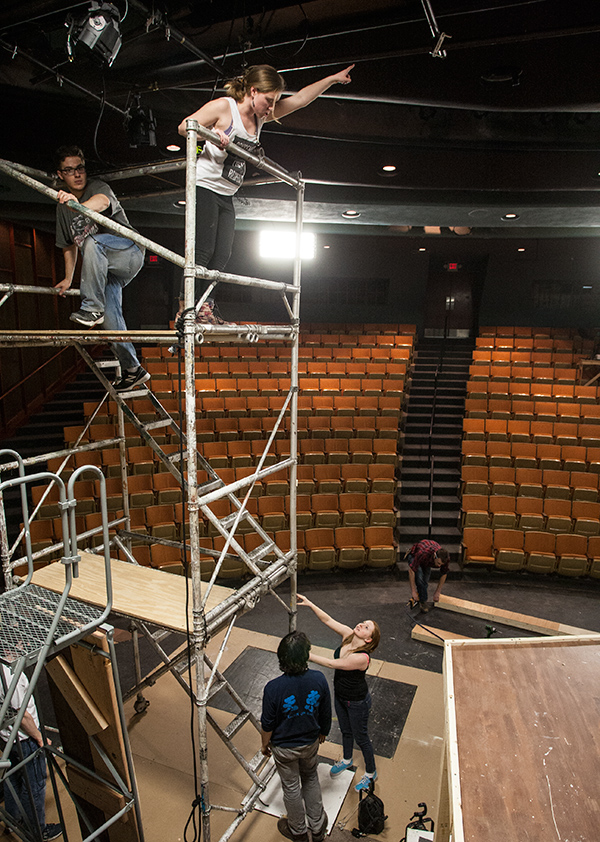