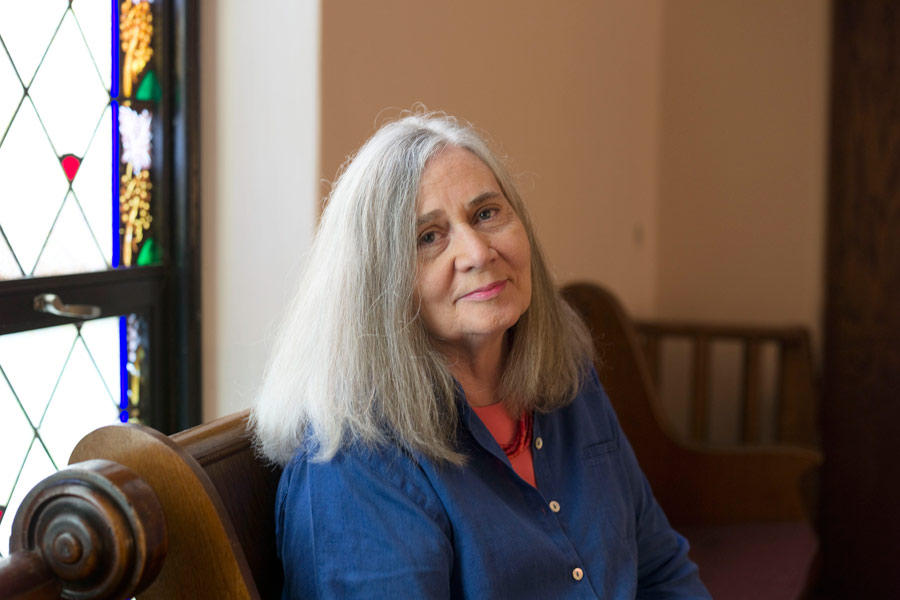 Author Marilynne Robinson, who was awarded a 2012 National Humanities Medal by President Barack Obama for "her grace and intelligence in writing," will visit Knox College on October 23 at 4 p.m. in the Muelder Reading Room of Seymour Library.

The event, which is free and open to the public, will conclude the year-long series of Caxton Club readings honoring the 50th anniversary of the Creative Writing Program at Knox.

"The event has significance in itself, a visit from a brilliant and generous writer like Marilynne Robinson," said Nicholas Regiacorte, associate professor of English. "Beyond that, we might also look at the occasion as celebrating and, perhaps, renewing our program's mission."

Robinson is a Pulitzer prize-winning writer who actively engages in civil discourse. "For these reasons, and because she likes Knox, having written about Knox, many in the department believed that no one would better represent how words should matter, how ‘writing matters,'" said Regiacorte, referring to the phrase long used by Professor Robin Metz to describe the governing philosophy of the Creative Writing Program.

Regiacorte noted that Robinson mentioned Knox and other abolitionist schools in an article for Harper's Magazine called "A Great Amnesia" (May 2008). She also referred to Knox in her more recent collection of essays, The Givenness of Things.

In addition to the 2012 National Humanities Medal, Robinson has won multiple awards for her fiction and nonfiction. In 2013 she was awarded South Korea's Pak Kyong-ni Prize for her contribution to international literature.