Volunteers Fan Out in Fog for Annual Bird Count 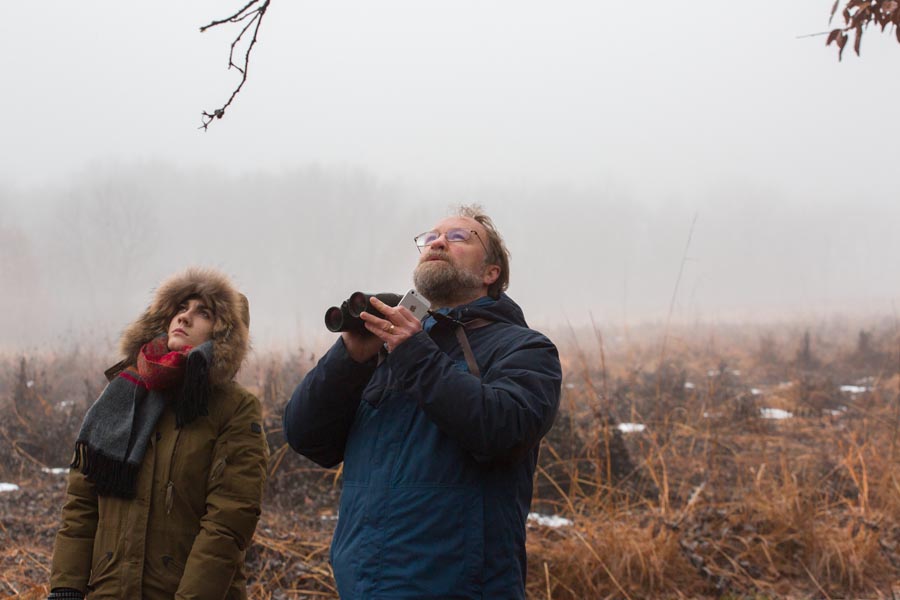 Neither snow nor rain nor gloom of dense fog—which was the challenge faced this year—can deter a group of dedicated local volunteers from the swift completion of their appointed rounds in the annual Audubon Christmas Bird Count.

“We recorded 70 species on the day of the count,” reported James Mountjoy, associate professor and chair of the biology department at Knox College.

Mountjoy compiled results gathered by 13 volunteers on December 14, covering a portion of east-central Knox County. He sends the data to the Audubon Society, which merges figures gathered by thousands of other volunteers from across the U.S. and Canada.

“This year’s figures are pretty normal, and a good result for the circumstances. It was a very foggy day, coming after some heavy snow and low temperatures," Mountjoy said.

"Species included a Mute Swan and a Northern Shrike, as well as Eastern Meadowlarks and Hermit Thrushes, which we only get a few times on the count. It's a more southerly wintering species that's managed to stick around through the winter so far."

"Some species seemed to be in low numbers, including Black-capped Chickadees and American Crows, which had the second lowest all-time tally," Mountjoy said.

Mountjoy has been coordinating the local count since 2002. Nationally, the annual bird count has taken place since 1900. Involving more than 72,000 volunteer bird counters in more than 2,500 locations across the Western Hemisphere, the Audubon Christmas Bird Count is the longest-running community-based science survey.

"The count has allowed us to document trends in our area, such as increasing numbers of some native species, including the formerly endangered Bald Eagle and the White-fronted Goose. Unfortunately, other native species appear to be declining, such as the Northern Bobwhite and the Northern Mockingbird," Mountjoy said. 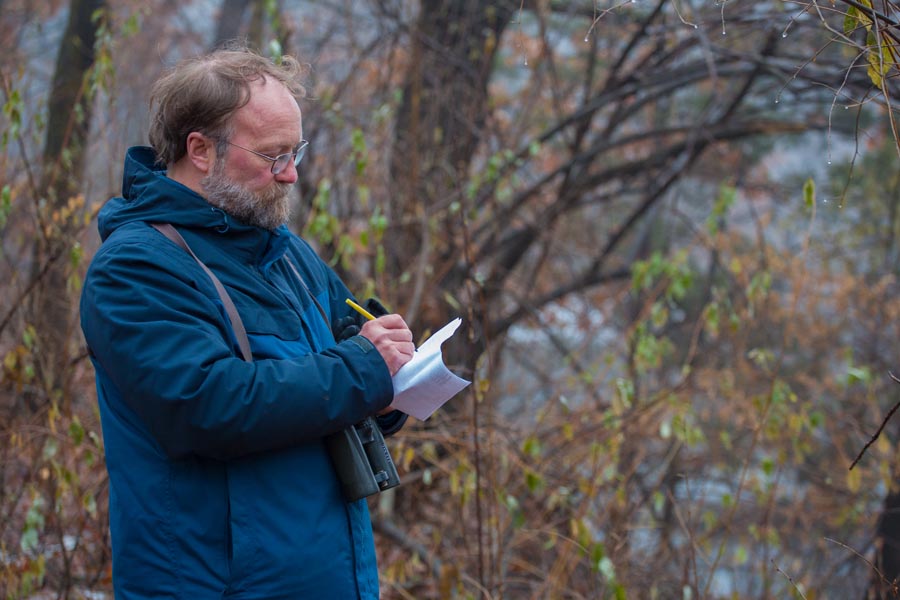 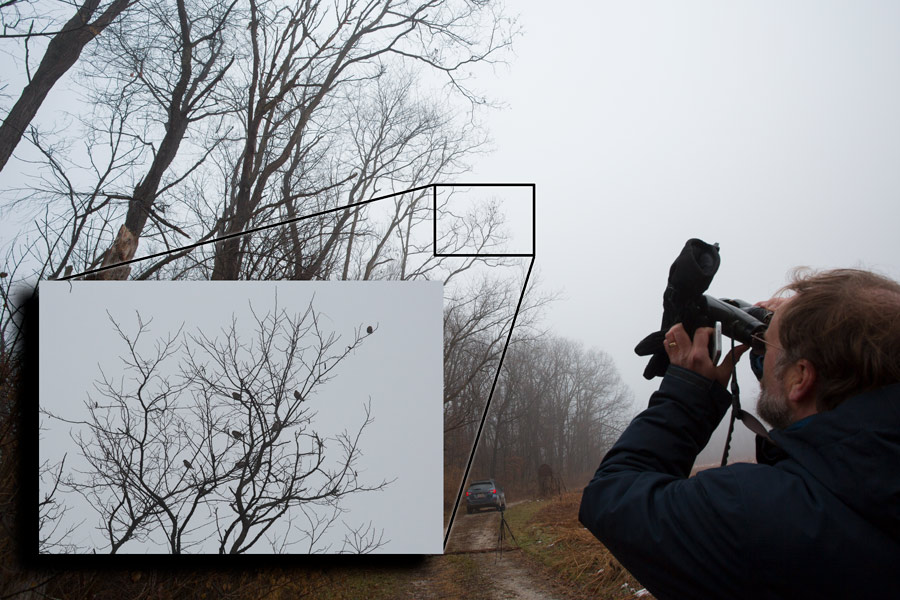 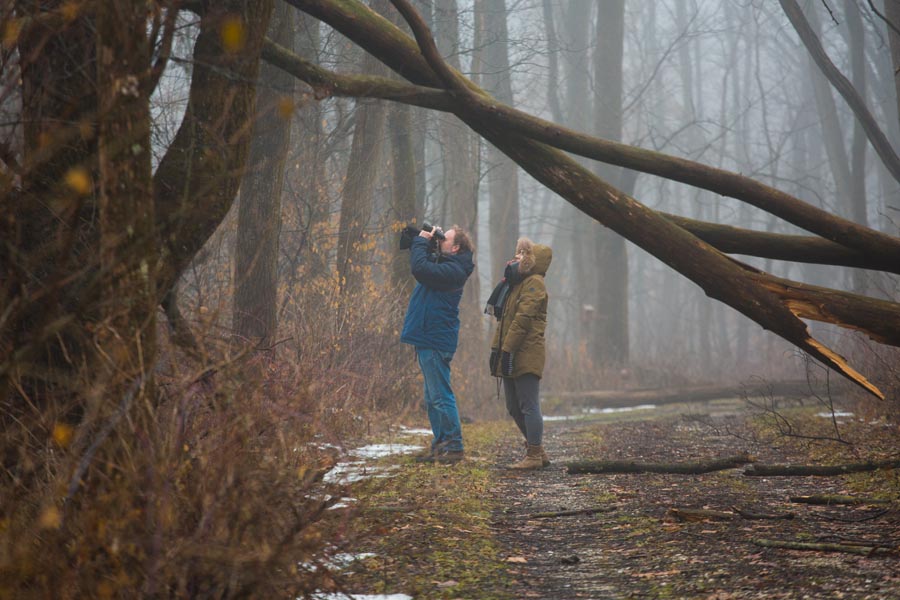 Dense pre-dawn fog in December was not as much of a hindrance as one might expect. "It was quite calm, no wind to speak of, which makes it easier to hear birds," Mountjoy says. "Even during daylight hours, a lot is based on sounds. At this time of year, the leaves are off the trees, but the vocalizations are often how I first detect them, and often the identification is based on the vocalizations."

In eastern Knox County, a total of 13 people participated in the count, including two of Mountjoy's colleagues at Knox—Jennifer Templeton, associate professor of biology; and Stuart Allison, Watson Bartlett Professor of Biology and Conservation—along with Elena Prado-Ragan '18, who plans to study ornithology in graduate school.

Working in Knox's Green Oaks Biological Field Research Station, Mountjoy and Prado-Ragan used a car stereo to broadcast the call of the Eastern Screech Owl. "We recorded all three of our resident owl species," Mountjoy said. "We also recorded bluebirds and finches, which is a good mixture in the Green Oaks area," Mountjoy said. "Near the lake, we've had both White-Fronted Geese and Canada Geese."

"Because owls are predators, their call can flush the other birds. And if there are owls in the area, they'll respond to the call," Prado-Ragan explained.

"Being a bird enthusiast, this is exactly what I plan to do in the future," Prado-Ragan said. "Jim is so knowledgeable, and you really need someone to guide you through the whole process, because there's so much to learn." 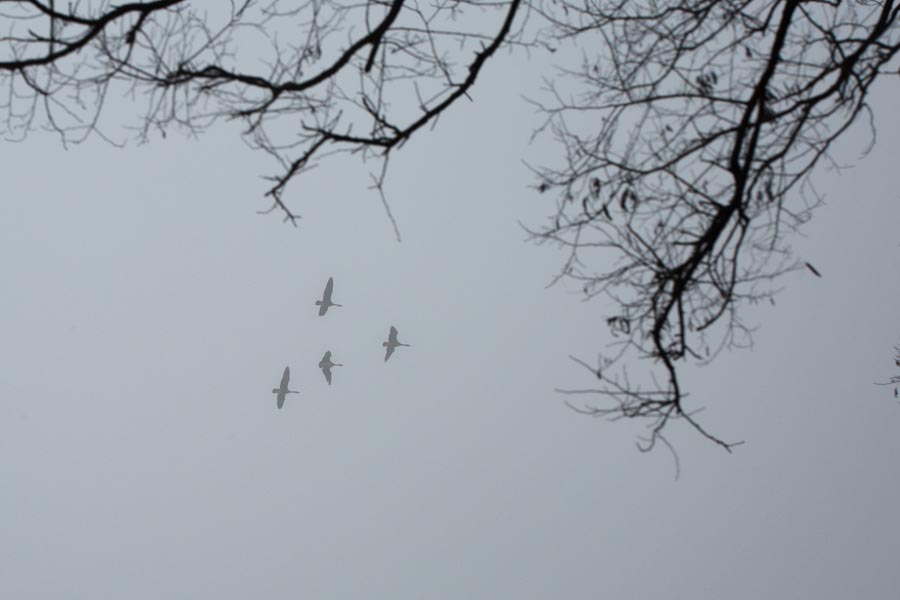 "The count documents trends in our area, the increases and declines in native species."—James Mountjoy 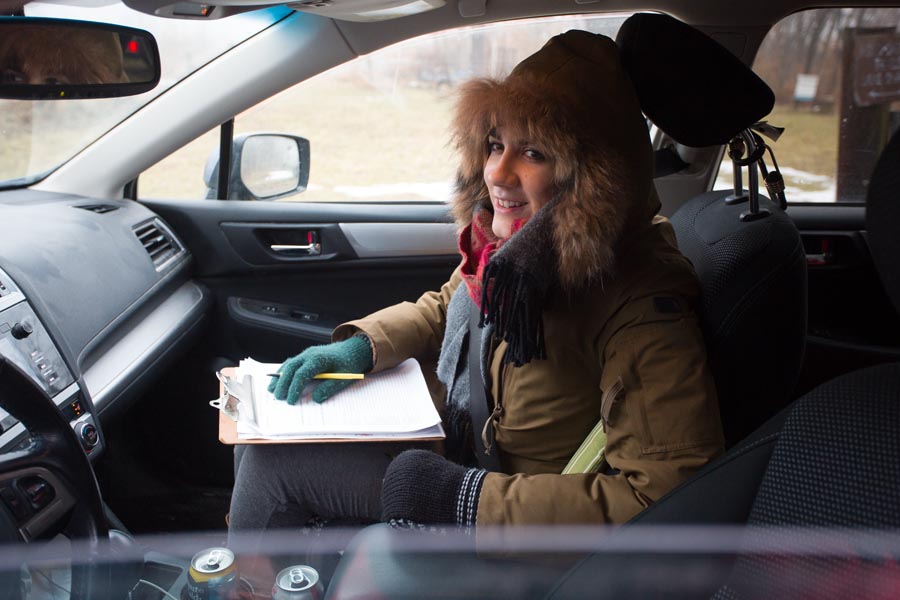 One of the bird count volunteers, Elena Prado-Ragan '18, plans to study ornithology in graduate school.