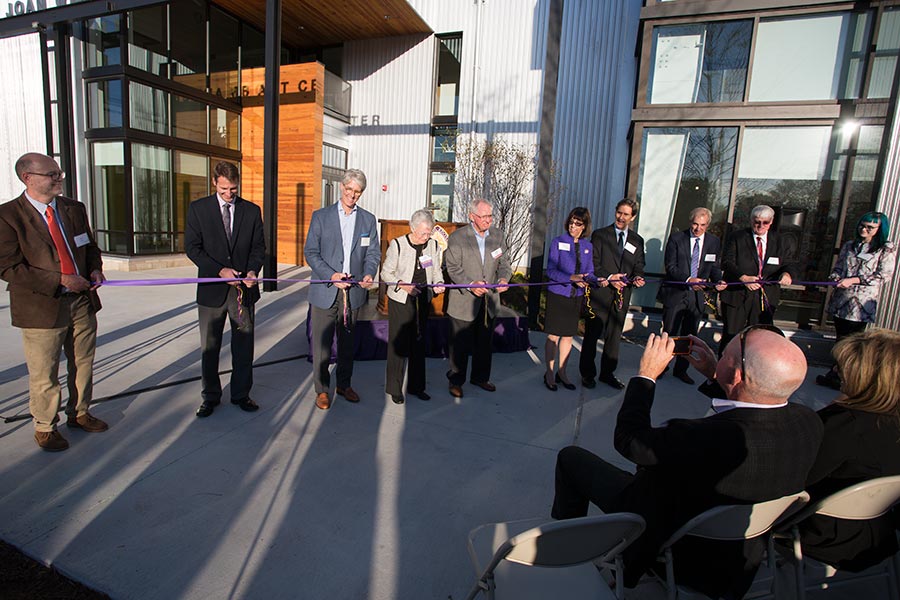 Knox College opened the Dick and Joan Whitcomb Art Center, at a ribbon-cutting ceremony on October 14 during Knox's Homecoming weekend.

Richard Riddell ‘72, chair of the Knox Board of Trustees, noted that just a year ago on this same weekend, ground was broken for the new building, which was completed on time and on budget. The year before that at Homecoming, a renovated Alumni Hall was rededicated. "We seem to be doing pretty well on this weekend for the last three years," he noted.

Honored at the ceremony were Dick '57 and Joan Whitcomb '56, the most generous living donors to the College, whose lead gift of $5 million made the center possible. "It was because of the Whitcombs' belief that the arts remain an important component of a liberal arts education, combined with the vision of our president, that we have this beautiful facility," said Riddell.

Following the ribbon cutting, President Teresa Amott welcomed alumni and friends of the College to tour the 30,000-square-foot center, which she noted as being bold, contemporary, technologically sophisticated, and sustainable. "When you enter the building, I hope that you will take time to imagine it filled with color, as well as art in the making and art for the viewing. It will be an extraordinary place."

The center, which will hold its first classes in January 2017 for winter term, will be home to the College's art and art history department. The center provides a series of spaces—studio, seminar, and classroom—for the study and creation of two-dimensional, three-dimensional, and multimedia works of art.

Eric Andersen '97, who majored in studio art and physics, was drawn to the design of the facility. "What strikes me is its functionality—the open spaces and the way that the space opens up as you move through it. The opportunities that it creates for student work, as a gallery space, and as a common space for people to interact—it hits all those square on. It's a really impressive design."

"I think the only complaint I had about the art department as I studied here was a lack of facilities and lack of technology," said Kayle Stahl '16, a studio art major. "This is that missing piece." 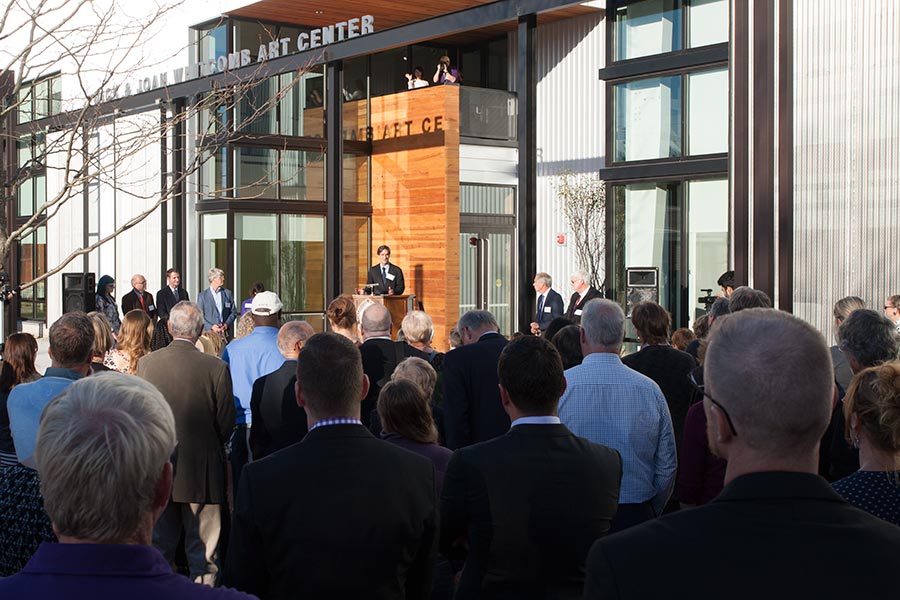 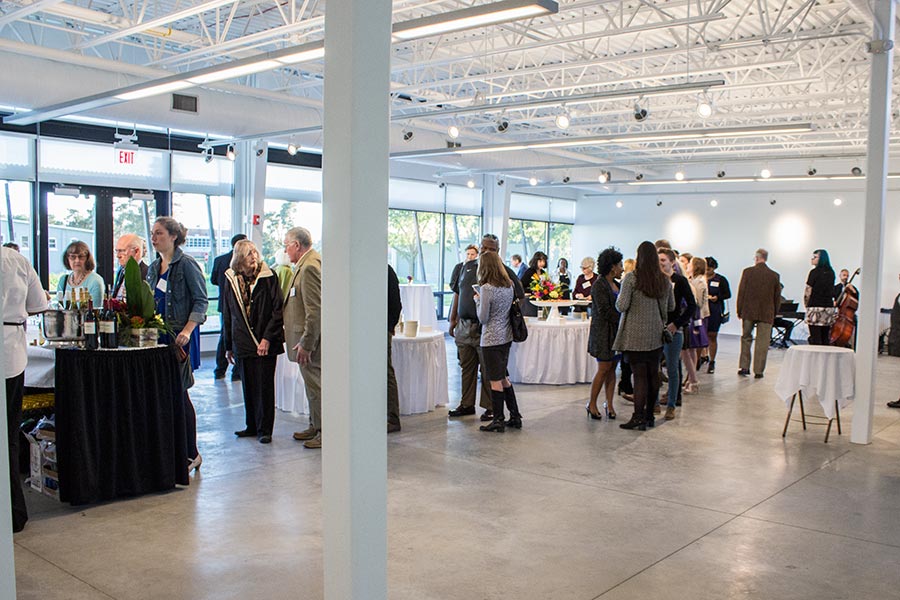 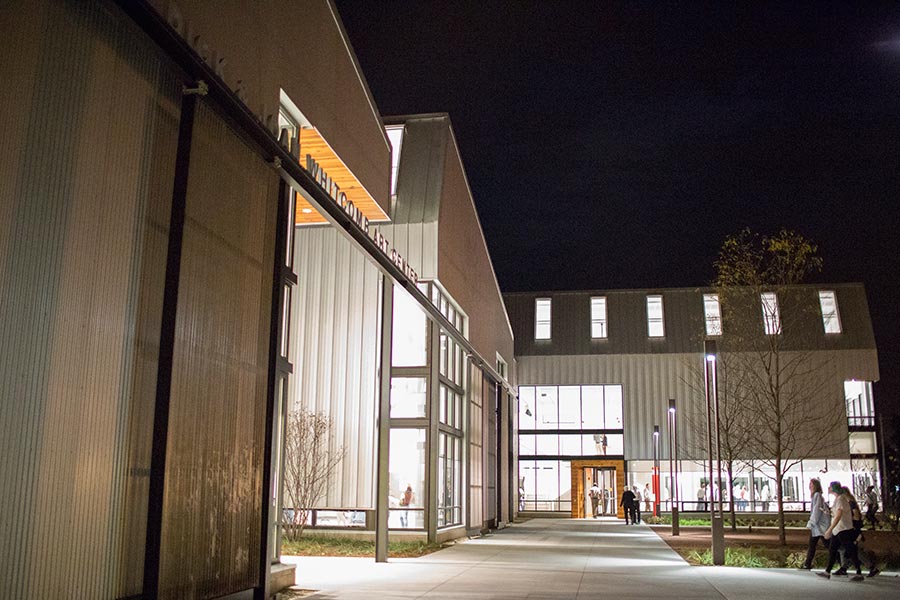 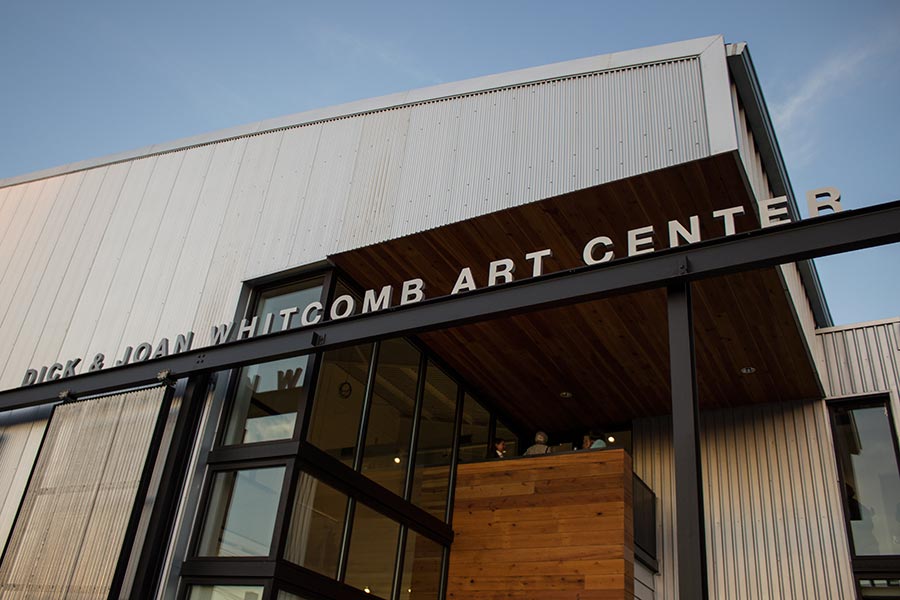 In addition to its functionality, the center has been designed with future LEED certification in mind. It is energy efficient, with a sawtooth roof that fills the second floor studio spaces with even, natural light in all seasons. Native prairie plants surrounding the building will be nourished by storm runoff. The metal exterior is accented with repurposed lumber from a shed that once stood on the building site and Purington pavers from the streets of Galesburg. Heart pine, reclaimed from the floor of Alumni Hall, is featured in a classroom.

The general contractor for the center was P.J. Hoerr of Peoria, Illinois; the architect was Lake|Flato of San Antonio, Texas; and Hoerr Schuadt of Chicago, Illinois, was the landscape architect.

The Whitcomb Art Center is part of the fundraising initiative Above & Beyond that has raised more than $60 million in five years to support and enhance the student educational experience and campus facilities.

A Tumblr blog, whitcombartbuilding.tumblr.com, tracks the progress of construction over the last year through photos and time-lapse videos.

Knox College to Hold In-Person Commencement for Class of 2021