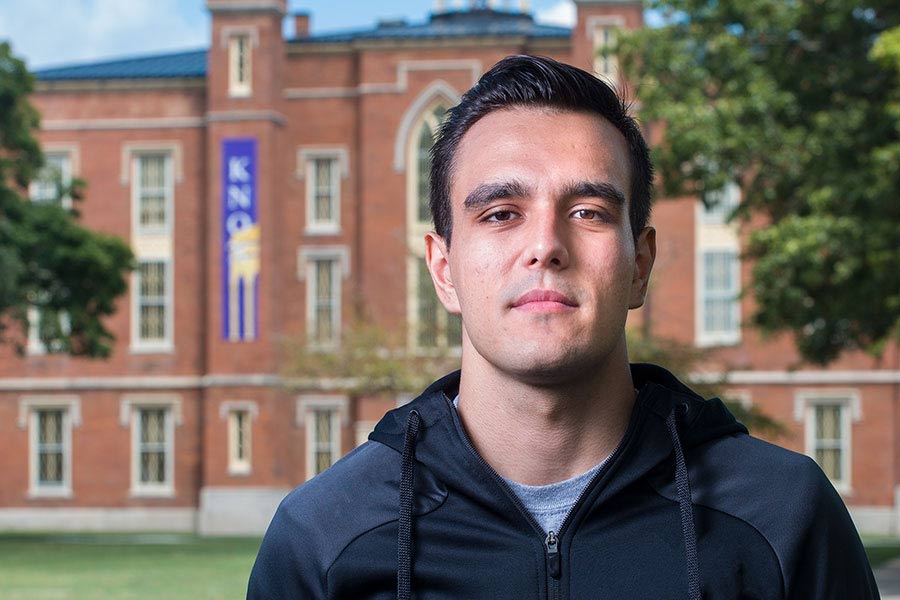 When a professor suggested to Phelipe Graske '18 that he apply for an internship with Goldman Sachs, he did not feel confident. Then a sophomore, Graske had only just begun taking economics classes at Knox. But with the encouragement of faculty and fellow students, he took the risk.

That risk paid off in ways he could not imagine. Graske was not only offered the position of summer analyst following his sophomore year, but after the internship was offered a full-time position as an analyst, to begin after his graduation from Knox College in 2018.

Graske said the number of resumes received by Goldman Sachs in 2017 approached 360,000. What set him apart? Graske says that "the differentiator, the catalyst, is are you an interesting person? Can you work well in a team? Can you make people laugh?"

Graske said that Knox prepared him to be that "interesting person" through diversity on the men's soccer team, in the economics department, and within the campus at large.

As soccer captain, Graske learned how to work as a team with people of varying cultures and values. He said his experiences befriending, supporting, and caring for team members from all over the world helped develop him into a person others would want to work with. 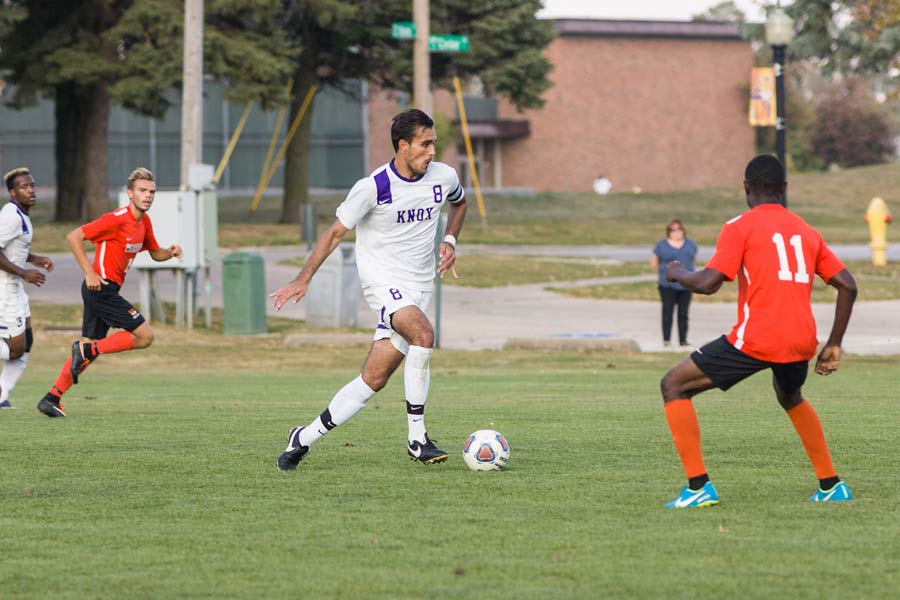 Graske also had the opportunity to experience diversity in academics, studying economics not only at Knox, but in Chicago and London through off-campus and study abroad programs. He said he values how he received instruction from so many different points of view within the three institutions. "I think that encompasses the Knox experience," Graske said. "It gives me a different way of thinking about the world."

"Get involved. Be proactive about wanting to do some things," Spittell said. "[Phelipe] came in for conversations, he sought advice, and then he acted."

Spittell added that his goal as a faculty member is to connect students with these varied experiences and support them in whatever field they choose.

"I don't think there is anybody at Knox who, if they are asked for assistance, won't grant it," Spittell said.

Graske said he would not have gotten the internship or job with Goldman Sachs without the support of Knox faculty and alumni.

"The key point is the support I had at Knox," Graske said. "It was very important, looking back on it now, for someone to push me that far, past my barriers."