A Few Things to Know about the Bronze Turkey Game 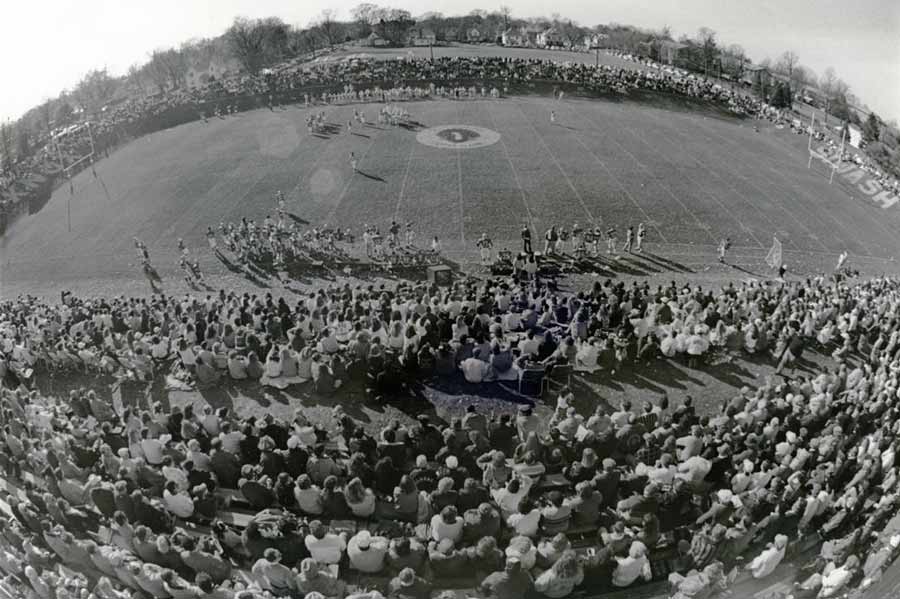 The Knox College Prairie Fire will take on the Monmouth Fighting Scots on Saturday, November 9, in the 131st edition of the traditional Bronze Turkey football game, with the winner taking possession of a turkey-shaped trophy. The game starts at 1 p.m. at Monmouth’s April Zorn Memorial Stadium.

Here are a few things to know about the Bronze Turkey game.

1. How did this tradition start?

A November 1881 issue of The Knox Student issued a prediction about the competition, stating: "If an eleven was formed we might have a game or two with our Abingdon, Monmouth, and Lombard neighbors." The first game wasn’t played until seven years later, in 1888, when a group of Monmouth students traveled to the Knox campus, challenged Knox to a match, and lost. The first recorded score of a Knox-Monmouth game is from 1891, when Knox won 22-4. The football rivalry between Knox and Monmouth is believed to be the sixth-oldest in the country.

2. What’s the deal with the trophy?

While the Knox-Monmouth football rivalry dates to the 1880s, the Bronze Turkey trophy is quite a bit younger. Its origins date to 1928, when Knox player Bill Collins '29 was sitting out the game because of injury. Instead, he was working as a reporter for The Register-Mail. "I felt the game needed some spice, and a trophy would do it," said Collins. He cajoled officials from the Register-Mail and the Monmouth Review-Atlas to provide funds to purchase the trophy, a 1-foot-high replica of a turkey. Why a turkey? The Knox-Monmouth game used to be played on Thanksgiving Day.

Over the years, the turkey trophy has had more than its share of mishaps. It has been stolen more than a dozen times, damaged at least three times, and buried under the Monmouth College indoor track. At one point, it disappeared for several years, and a replacement trophy was acquired.

3. What else should I know about Saturday’s game? 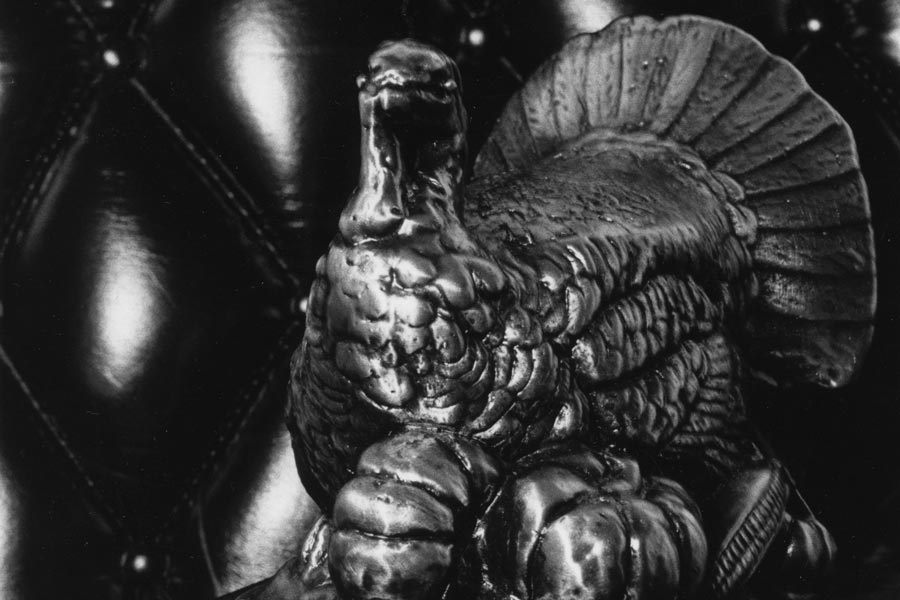