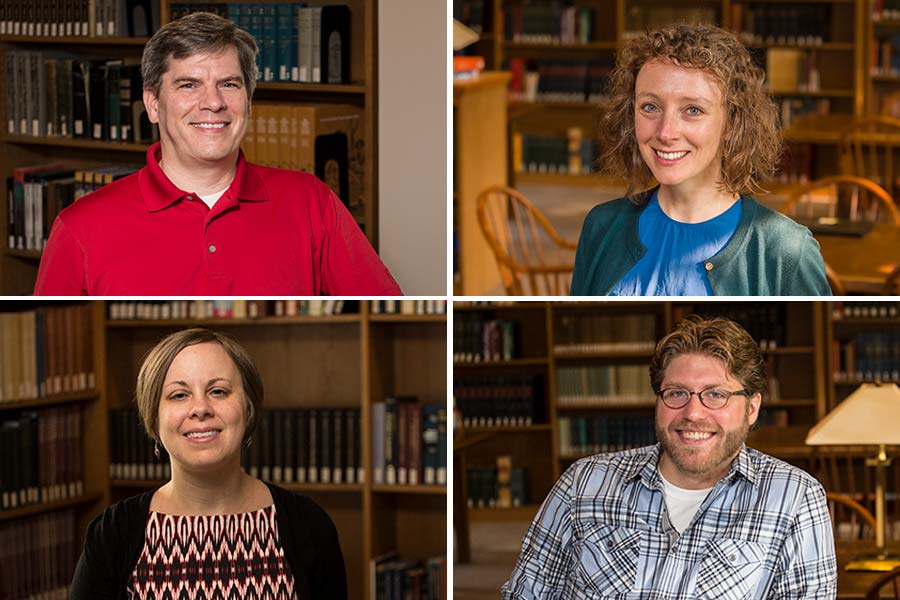 Tenure and Promotion to Associate Professor

Forsberg earned a Ph.D. in statistics from Oklahoma State University while also holding a Ph.D. in political science from the University of Tennessee. He earned his B.S. in mathematics at the University of Portland. With diverse training in the application of statistics to the understanding of our world, Forsberg’s research topics cover a range of interests from political polling and forensic analysis of past elections to analysis of educational policy and literacy. He is the author of the book Understanding Elections through Statistics: Polling, Prediction, and Testing (2020) and his recent articles include “A Comparison of Priors When Using Bayesian Regression to Estimate Oral Reading Fluency Slope” in Assessment for Effective Intervention (2021) and “U.S. election polls: a quick postmortem,” in Significance (2021). His teaching fields cover elementary mathematics and statistics, applied calculus, linear models, and advanced statistics courses. He has served his colleagues on the curriculum committee, Honor Board, and as faculty secretary and has played a major role in the creation of our new data science major.

Huguet holds a Ph.D. in music theory from the University of Rochester, Eastman School of Music and earned her B.A. in music and French literature at Rhodes College. Situating her research and teaching in a broad liberal arts perspective, she is a specialist in music theory, in particular the relationships between musical structure and musical meaning. Her research examines 19th-century forms of the common-practice music tradition; she has also developed a research interest in the structure of Broadway musicals. She published a major translation of Jean-Jacques Nattiez’s Musical Analyses and Musical Exegesis: The Shepherd’s Melody in Richard Wagner’s Tristan und Isolde (2021). She also has research interests in music pedagogy which inform her teaching. Her teaching expertise encompasses core courses in the music theory sequence, 19th century European common-practice music tradition, and she has taught on the Broadway musical. In addition to significant contributions to redevelopment of the music curriculum, she has served her colleagues as a member of the curriculum committee and as faculty secretary.

Foubert earned her Ph.D. in curriculum and instruction at the University of Wisconsin, Madison and a B.A.Ed. in special education from Gonzaga University. Her research interests focus on parent engagement with public schools, examining public school family-school partnerships and the persistent influence of race in those partnerships. She is the author of "Still-restrictive equality in shared school governance: Black parents’ engagement experiences and the persistence of white supremacy in a liberal public school district," published in International Journal of Qualitative Studies in Education (2020) and “Damned if you do, damned if you don’t: Black parents’ racial realist parent engagement,” published in Race Ethnicity and Education (2019). Her teaching fields encompass the training of elementary education teachers, with special attention to issues of diversity and inclusion. She received the Philip Green Wright-Lombard College Prize for Excellence in Teaching for Untenured Faculty in 2021. She has served her colleagues as a member of the cultural events committee, the Anti-Racism Task Force, the committee on faculty resources and a faculty member of the committees of the Board of Trustees.

Gidmark received his degrees in biology from Brown University, where he earned his Ph.D., and the University of Minnesota, where he earned his B.S. A specialist in biomechanics and morphology, he has research interests in many techniques of morphological scanning and modeling of vertebrates and marine wildlife. Among his recent peer-reviewed publications are “The bite force-gape relationship as an avenue of biomechanical adaptation to trophic niche in two salmonid species,” Journal of Experimental Biology (2020) and “XROMM and diceCT reveal a hydraulic mechanism of tongue base retraction in swallowing,” Scientific Reports (2020). In addition to his contributions to the introductory biology sequence, his teaching fields include field marine biology, comparative vertebrate anatomy, physiology, and the biology of fishes. He also regularly accompanies students for summer study at the Shoals Marine Lab in Maine. His record of service includes major contributing roles in grants from the Scripps Foundation and National Science Foundation as well as his efforts to bring to Knox the 55-foot fin whale skeleton that currently hangs in the Umbeck Science and Math Center.