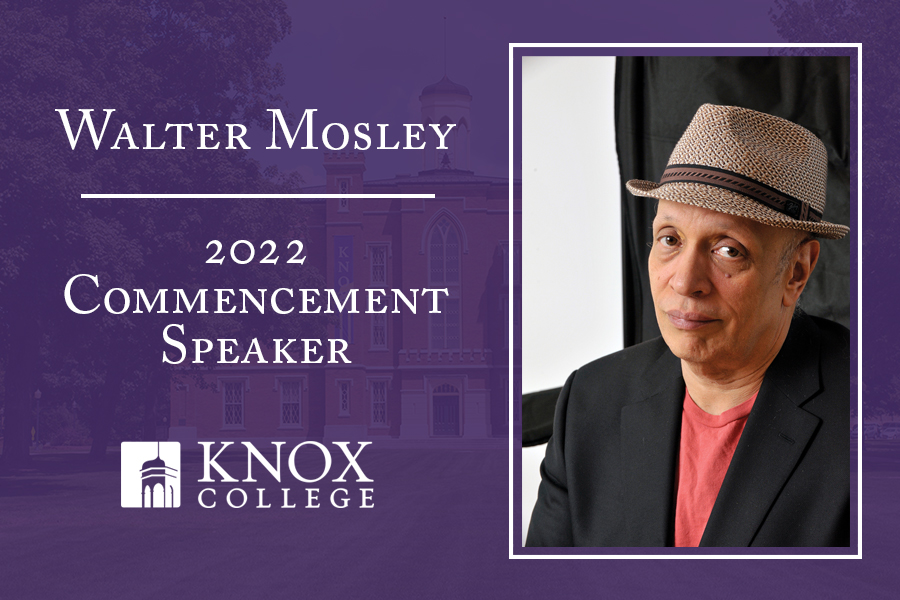 Walter Mosley, one of the most versatile and admired writers in America, is the Knox College 2022 Commencement speaker. Mosley is the author of more than 60 critically acclaimed books. His work has been translated into 25 languages.

From his acclaimed series of novels featuring the detective Easy Rawlins, to his daring novel John Woman, which explored deconstructionist history, and his standalone crime novel Down the River and Unto the Sea, which won an Edgar Award for Best Novel, the rich storylines that Mosley has created deepen the understanding and appreciation of Black life in the United States.

Mosley has also written and staged several plays, including The Fall of Heaven. Several of his books have been adapted for film and television, including Devil in a Blue Dress and the HBO production of Always Outnumbered. His adaptation of his novel The Last Days of Ptolemy Grey is currently running on Apple TV+, starring Samuel L. Jackson. He is also a writer and an executive producer on the John Singleton FX drama series, “Snowfall.” His short fiction has been widely published, and his nonfiction—long-form essays and op-eds—has appeared in the New York Times, Los Angeles Times, and The Nation among other publications.

Concerned by the lack of diversity in all levels of publishing, Mosley established The Publishing Certificate Program with the City University of New York to bring together book professionals and students hailing from a wide range of racial, ethnic and economic communities for courses, internships, and job opportunities.

In 2013, Mosley was inducted into the New York State Writers Hall of Fame. He is the winner of numerous awards, including an O. Henry Award, The Mystery Writers of America's Grand Master Award, a Grammy®, several NAACP Image awards, and PEN America's Lifetime Achievement Award. In 2020, he was named the recipient of the Robert Kirsch Award for lifetime achievement from the Los Angeles Times Festival of Books, and was awarded the Distinguished Contribution to American Letters Award from the National Book Foundation.

“I am absolutely delighted that Walter Mosley has agreed to speak at Commencement for the Knox College Class of 2022 and to receive an honorary degree. I congratulate him, and our other two honorary degree recipients; all three all have done truly extraordinary work in their fields of expertise to drive inclusivity and equity in our world,” said Knox College President C. Andrew McGadney. 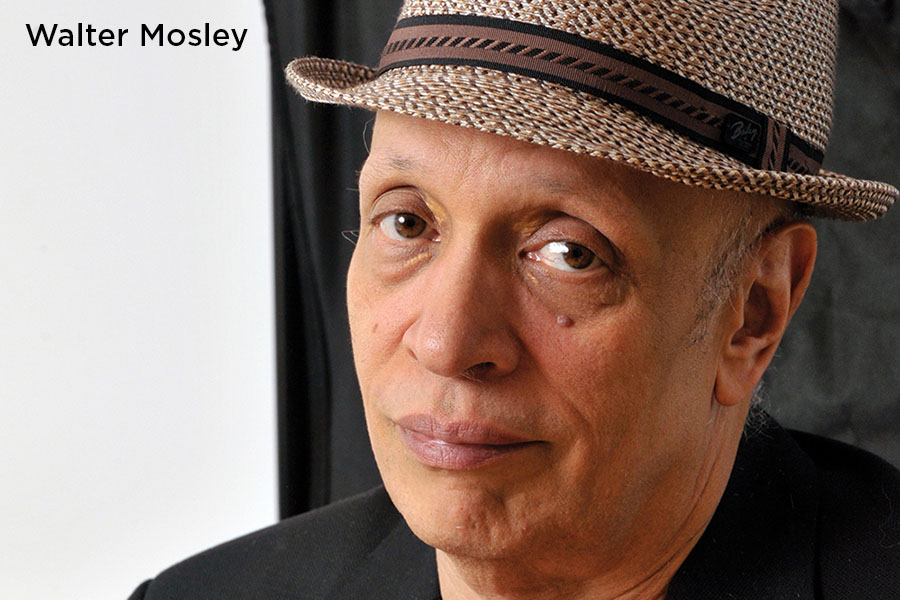 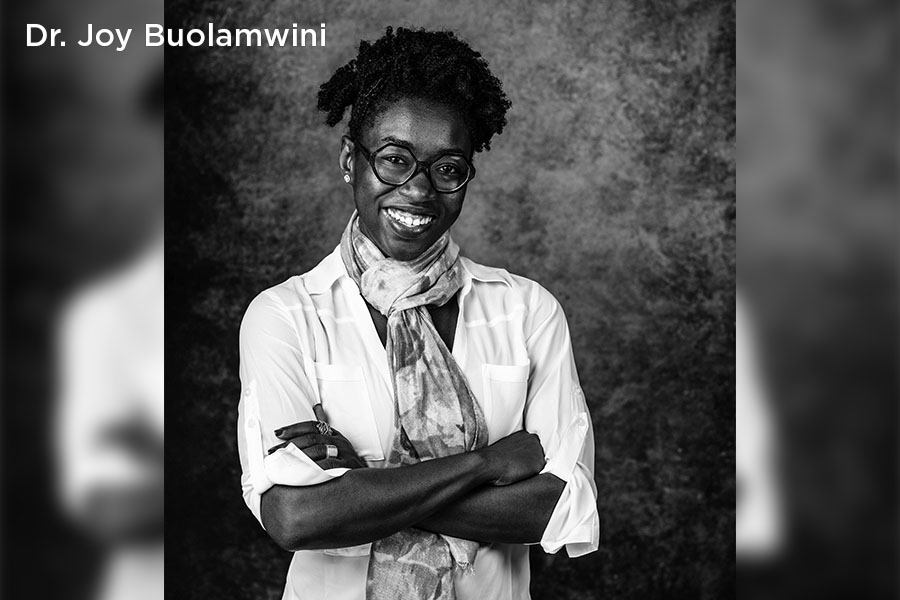 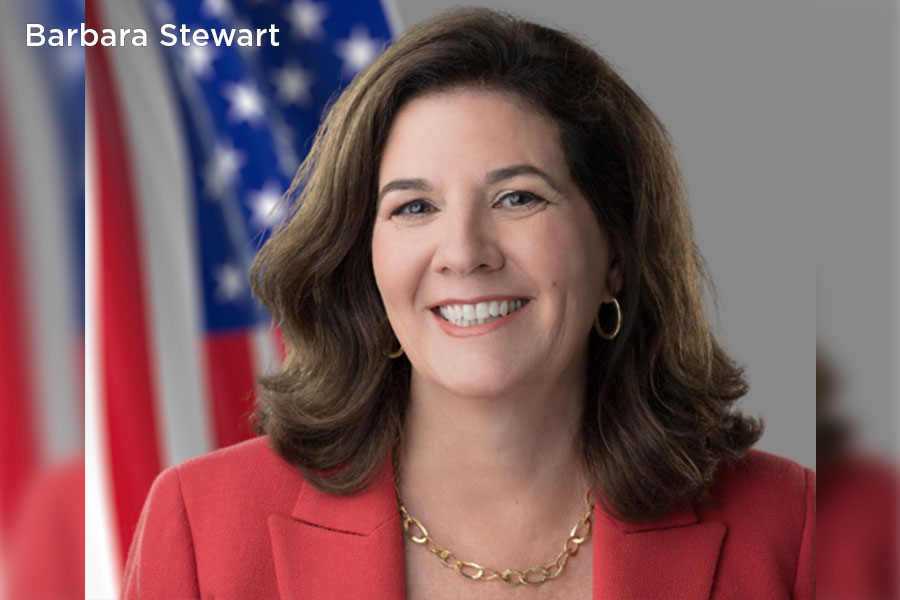 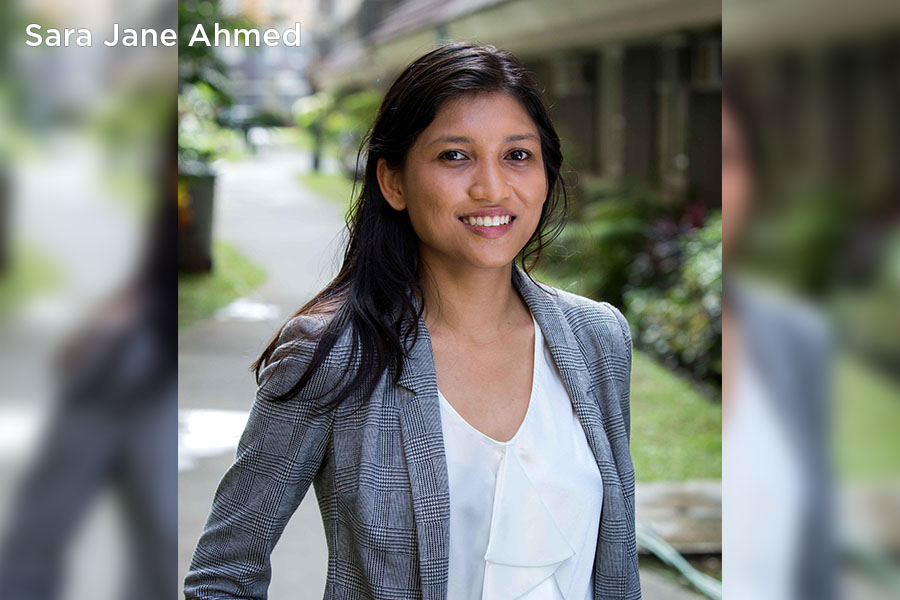 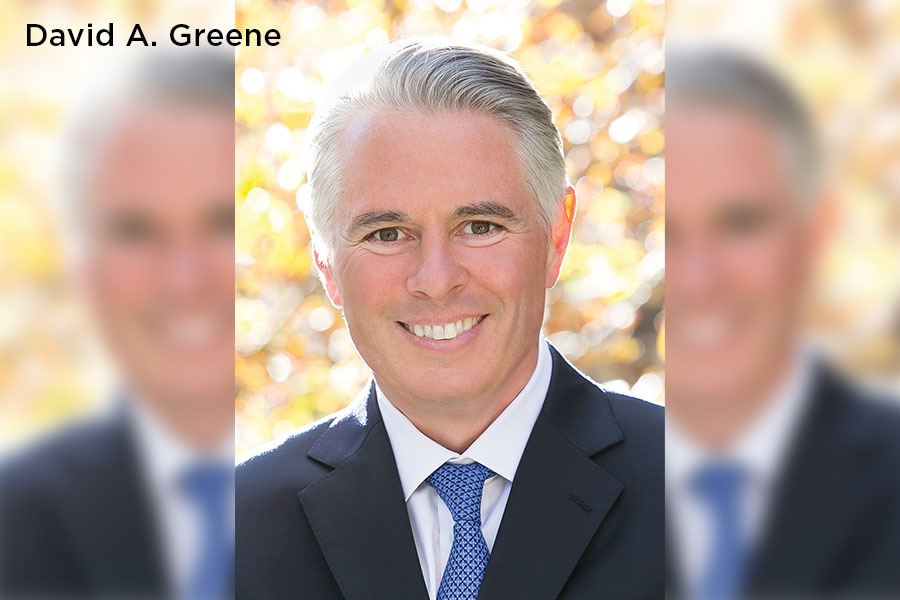 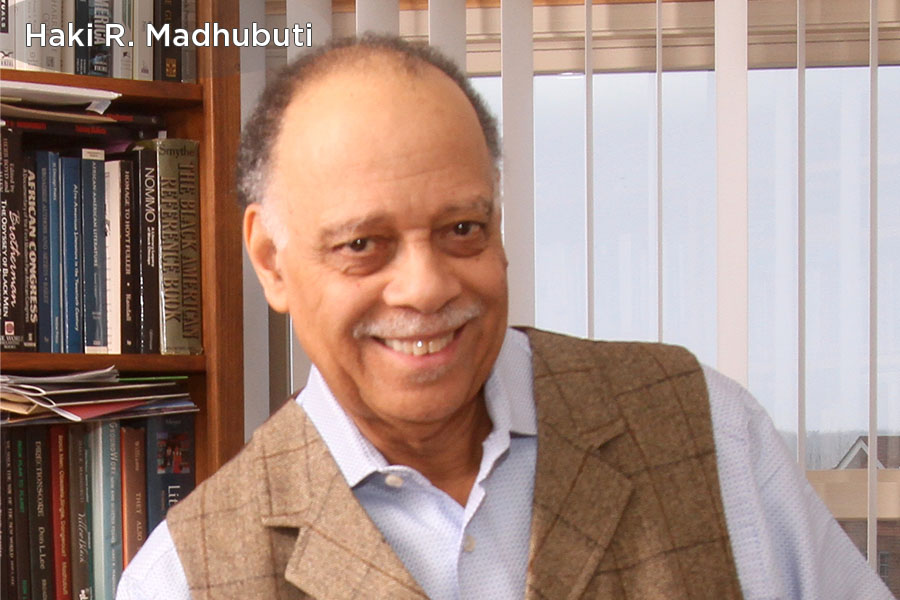 Dr. Joy Buolamwini is a computer scientist and poet of code who uses art and research to illuminate the social implications of artificial intelligence. She founded the Algorithmic Justice League (AJL) in 2016 to create a world with more equitable and accountable technology. Her TED Featured Talk on algorithmic bias has over 1.5 million views. Her MIT thesis methodology uncovered large skin type and gender bias in AI services from companies like Microsoft, IBM, and Amazon. In 2020, these companies stepped back from selling facial recognition technology to law enforcement. In addition to advising elected officials during U.S. congressional hearings, she serves on the Global Tech Panel to advise world leaders and executives on reducing AI harms. She is the spokesperson for Olay’s #DecodeTheBias campaign appearing in September Vogue and on Good Morning America to raise awareness about the need for algorithmic justice.

Dr. Buolamwini’s journey is depicted in the critically acclaimed documentary Coded Bias on Netflix, which sheds light on threats AI poses to civil rights and democracy. She has written op-eds on the impact of AI for publications like TIME Magazine, New York Times, and The Atlantic. Her spoken word visual audit "AI, Ain't I A Woman?" which shows AI failures on the faces of iconic women like Serena Williams, Oprah Winfrey, and Michelle Obama, has been part of over 20 exhibitions across 4 continents.

A Rhodes Scholar and Fulbright Fellow, Dr. Buolamwini has been named to notable lists including Forbes’ 30 under 30, The Bloomberg 50, and Time Next 100. Fortune Magazine named her “the conscience of the AI revolution.” She is the first Black researcher to be on the cover of Fast Company, appearing in the 2020 “Most Creative People” issue. The King Center honored her with the 2022 Beloved Community Technological Innovation award. She holds a Ph.D. from the MIT Media Lab, and master’s degrees from Oxford University and MIT, and a bachelor's degree from the Georgia Institute of Technology. Dr. Buolamwini is a world-renowned expert and speaker on issues of algorithmic justice.

She is currently working on a forthcoming book, Justice Decoded, with Penguin Random House while leading AJL as the executive director.

Barbara Stewart served as the CEO of AmeriCorps from February 2018 through January 2021, following her unanimous confirmation by the U.S. Senate. AmeriCorps is the federal agency for service and volunteerism, supporting nearly 300,000 AmeriCorps members and AmeriCorps Seniors volunteers.

Previously, Stewart spent over a decade as a senior vice president in government relations and external affairs at JPMorgan Chase. She has chaired multiple civic and charitable organizations and helped found a charter school in Chicago. With her husband, Peter Bowe, Ms. Stewart co-founded the Bowe Stewart Foundation with a focus on closing the opportunity gap for urban residents in Baltimore and Chicago.

She earned a B.A. and MBA from Northwestern University. She is a member of the Economic Club of Chicago and currently serves on the Board of the American Battlefield Trust, the University of Chicago Graham School Advisory Council and on the national advisory boards of The Policy Circle and Service Year Alliance.

Honorary Degree Recipients at the Inauguration of President C. Andrew McGadney on Friday, May 6, 2022

“These three honorary degree recipients are relentless innovators who, through their determination, creativity, versatility, and leadership have moved their respective fields, and the world, forward,” said McGadney.

Sara Jane Ahmed '12 is a financial and environmental strategist leading a worldwide initiative to build clean energy economies for people in regions most affected by climate change.

Drawing upon deep expertise in financial and energy markets, Ahmed supported the creation of Climate Prosperity Plans, encompassing both economic development and reduced vulnerability to climate change, potentially benefitting more than 1.4 billion people worldwide. To promote the Climate Prosperity Plans, she founded the Financial Futures Center, which explores investment opportunities that boost economic growth and ameliorates climate-related impacts. In addition, she serves as finance advisor to the Vulnerable Twenty (V20) Group, an organization that now includes more than 50 of the world’s most climate-vulnerable countries.

While the first Climate Prosperity Plan is now being rolled out in Bangladesh, Ahmed also led the work on a moratorium on new coal-fired power in her home country of the Philippines, as well as the Sustainable Insurance Facility, which helps small enterprises in V20 countries manage climate-related risks to their business.

In 2021, Ahmed was selected one of three winners of a Climate Breakthrough Award, the largest environmental award for individuals. Ahmed serves on the board of the Institute for Energy Economics and Financial Analysis and the advisory boards of the Global Renewables Congress and Climate Smart Ventures. She has held advisory and expert positions at the Climate Change Commission of the Philippines, United Nations Development Programme, Asian Development Bank, and World Resources Institute.

David A. Greene, twentieth president of Colby College in Waterville, Maine, is leading transformational change at one of the nation’s premiere liberal arts institutions.

Since Greene came to Colby in 2014, the college has diversified its faculty and added new academic programs in data science, computational biology, genomics, and environmental humanities, along with expanding core programs in the environment and climate change, performance studies, and creative writing.

Initiatives at Colby span the curriculum, from the Davis Institute for Artificial Intelligence to the Lunder Institute for American Art. New facilities and programs include the Gordon Center for Creative and Performing Arts, Greene Block + Studios, Paul J. Schupf Art Center, Linde Packman Lab for Biosciences Innovation, Buck Lab for Climate and Environment, Halloran Lab for Entrepreneurship, and a 500-acre island campus off the coast of Maine.

Greene’s commitment to access has made Colby’s financial aid program among the most generous in the country. The number of students eligible for Pell grants has nearly tripled, and the number of students of color has more than doubled. Working with the City of Waterville, Colby has spearheaded $200 million in community redevelopment, including two art centers, a hotel, and a technology center.

Before arriving at Colby, Greene was executive vice president of the University of Chicago and, prior to that, served in leadership roles at Brown University and Smith College. He serves on the boards of the Marine Biological Laboratory at Woods Hole and the Kents Hill School. He received a bachelor’s degree in history from Hamilton College and a master’s degree in human development and psychology from Harvard University before earning a second master’s and a doctoral degree in education and social policy at Harvard.

Haki R. Madhubuti is a best-selling author, poet, publisher, editor, and educator, and is widely regarded as one of the architects of the Black Arts Movement.

Madhubuti has published more than 36 books, and his poetry and essays have been selected for more than 100 anthologies. His book Black Men: Obsolete, Single, Dangerous? The African American Family in Transition has more than one million copies in print. His poetry has been recognized by the National Endowment for the Arts and the National Endowment for the Humanities, and he has won the American Book Award, Illinois Arts Council Award, Studs Terkel Humanities Service Award, and the Hurston/Wright Legacy Prize in poetry for his book Liberation Narratives. His latest book, Taught By Women: Poems As Resistance Language, New and Selected (2020), pays homage to women who influenced him.

In 1967, Madhubuti founded Third World Press, the largest and oldest independent Black-owned press in the United States. In 2015, the publishing house expanded its mission as Third World Press Foundation. The Institute of Positive Education, which he co-founded with his wife, Dr. Carol D. Lee and others, operates three schools in Chicago. Madhubuti was named by Ebony magazine as one of the “150 Most Influential Blacks in America” in the field of education, and received the President's Pacesetters Award from the American Association of Blacks in Higher Education.

Madhubuti is also a founder and chairman of the board of the International Literary Hall of Fame for Writers of African Descent, and has been awarded the Literary Legacy Award from the National Black Writers Conference for creating and supporting Black literature and for building Black literary institutions.