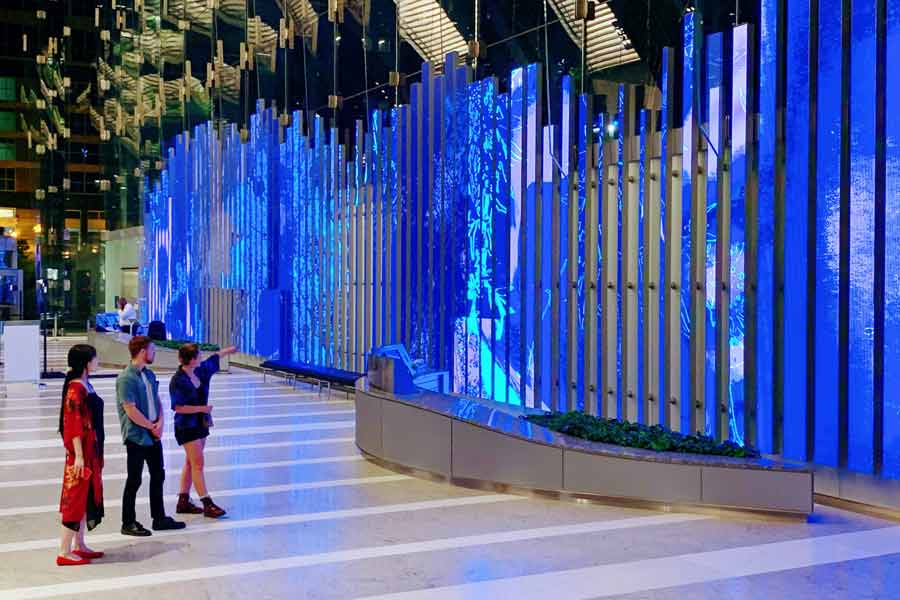 October 2020 update: Patrick and Odessa's work, Shrouded in Smoke, is on display at 150 Media Stream through December 31, 2020. A public reception for the artists will be on October 29 from 6 to 8 p.m. at 150 N. Riverside Plaza in Chicago, and social distancing protocols will be observed.

When Odessa Sagli '20 and Patrick Steppan '20 first learned about a potential opportunity to create a large-scale digital artwork for display in the heart of downtown Chicago, they faced a tight deadline for crafting and submitting a proposal. Luckily, they’d already worked together on the Knox College visual arts journal X, so they knew that they collaborated well.

The duo met the deadline, and their efforts proved to be a success. Their proposal for a video installation exploring the relationship among humans, the environment, and natural disaster was selected as the top submission to a digital art competition sponsored by 150 Media Stream and organized by the Associated Colleges of Illinois. The competition was open to students at all 27 ACI schools.

As the winners, Sagli and Steppan are receiving $3,000 to complete the piece, titled Shrouded in Smoke. It will be featured on the 150 Media Stream art installation in the fall.

“This achievement is extraordinary, to say the least,” said Tim Stedman '09, Knox visiting assistant professor of art and faculty advisor to X. He encouraged Sagli and Steppan to enter the competition and offered guidance on their proposal.

“150 Media Stream is a premier venue for digital artwork. The opportunity for them to build a work for this site-specific venue is immense,” Stedman added. “Considering that they both have just graduated this year, it’s hard to imagine a better launch to their professional career paths.”

Located in downtown Chicago in the lobby of 150 North Riverside Plaza, 150 Media Stream is a unique public media art installation consisting of 89 LED blades of varying heights. “It’s an interesting challenge for artists,” according to curator/director Yuge Zhou. “They must create work that is both sculptural and digital, stretching over a structure that is 150 feet long and 22 feet tall.”

The 150 Media Stream, which launched in 2017, showcases commissioned work by emerging and renowned media artists on a monthly basis. Part of its mission is "to encourage students who are learning about digital art and to promote their work," Zhou said. The proposal from Sagli and Steppan impressed her on multiple levels: the timeliness of their idea, the innovative combination of computer-generated effects and body movement, and the ability to adapt the idea to the unique structure.

Steppan and Sagli’s project is a large-scale video installation that explores the ideas of the anthropocene —the name for Earth's current geologic age, reflecting how human activities have significantly affected the environment —and natural disaster.

“We have incorporated the human figure and dance in our piece to emphasize our reciprocal relation to our environment,” explained Sagli, who majored in studio art and minored in design. “We developed these ideas out of a shared interest in dance and the relationship dance had with starling murmurations.” Starling murmurations take place when large groups of the birds fly, dive, and swoop through the air together, creating eye-catching configurations in the sky.

“We were drawn to the murmuration because of the idea of many parts working together to create a whole, similar to the body, similar to dance,” she added. “From there, we continued to work and develop our project, with more of a focus on the environment and the destruction of natural resources and how the human body is related to these ideas.”

Inspiration for the project “wasn’t necessarily from a specific class or experience but rather from the accumulation of experiences from Knox,” Sagli said.

Steppan said that Knox’s focus on sustainability and his personal experiences with Students for Sustainability and the Knox Farm “are vital to how I think about social responsibility within my creative practice.”

“Our work on the initial proposal coincided with Australia’s roaring brushfire crisis,” added Steppan, who majored in computer science with minors in design and art history. “Our awareness of climate change and sense of responsibility, coupled with that crisis, led us to focus our work and concepts around the anthropocene and natural disasters.”

Sagli and Steppan’s initial proposal, submitted during the winter, included a short video depicting their ideas. Once their proposal was accepted, they began working on a video piece that would fit the 150 Media Stream display space.

Steppan, Sagli, and Stedman visited the site and met with Zhou in June. “Since then, we’ve been reshaping and rethinking various parts of the project,” Steppan said. “We are also working on designing an ambient sound piece to accompany the video installation.”

Zhou praised Sagli and Steppan as "really outstanding students" with strong skills and a strong work ethic. Some of the credit should go to Stedman, she said, adding: "It's rare to have a teacher care so much for the students."

Sagli and Steppan said they are grateful for the support they’ve received from several people, including Stedman, their professor, advisor, and mentor; Zhou and ACI Executive Director Mick Weltman, who coordinated the contest and encourage the development of student artists; and James Wetzel '09, who has been consulting with them on sound design.

They also deeply appreciate what they’ve learned and experienced at Knox.

“Knox has allowed me to grow and change and learn in an incredibly encouraging atmosphere,” Sagli said. “The momentum and energy fostered between the professors and the students are really special. Knox challenged my preconceptions about what art can be and ingrained in me to stay critical and questioning and thoughtful in the choices I make, whether in art or life. Knox really made me want to be an artist.” 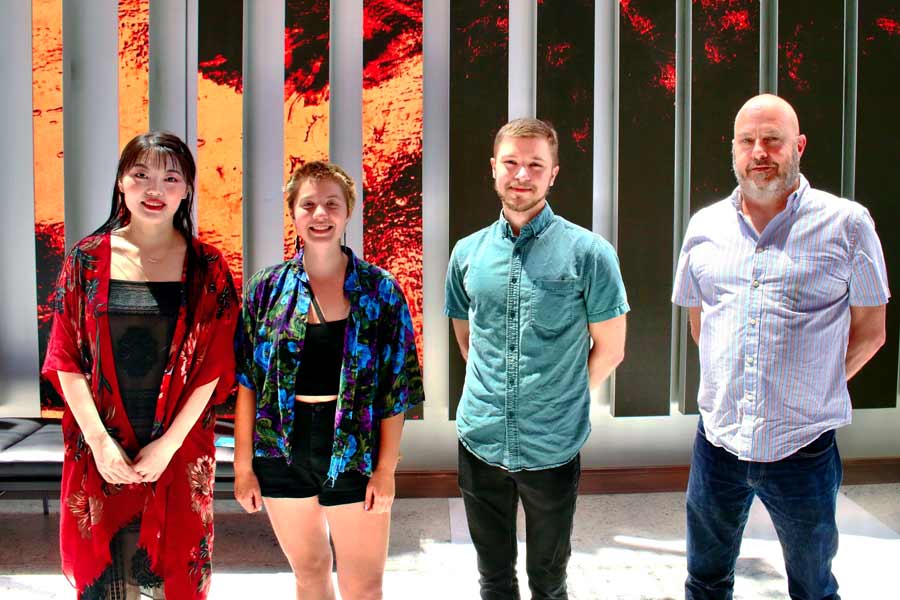 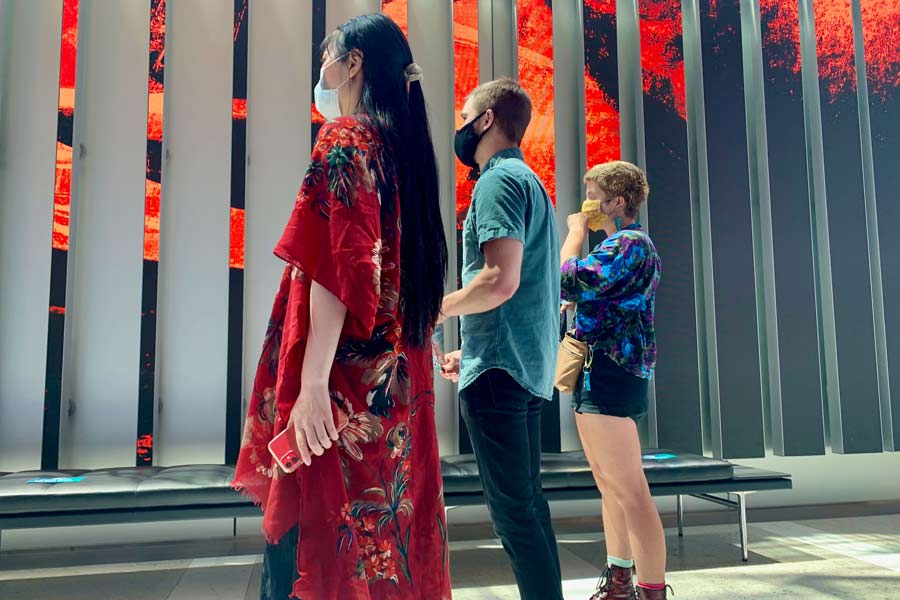 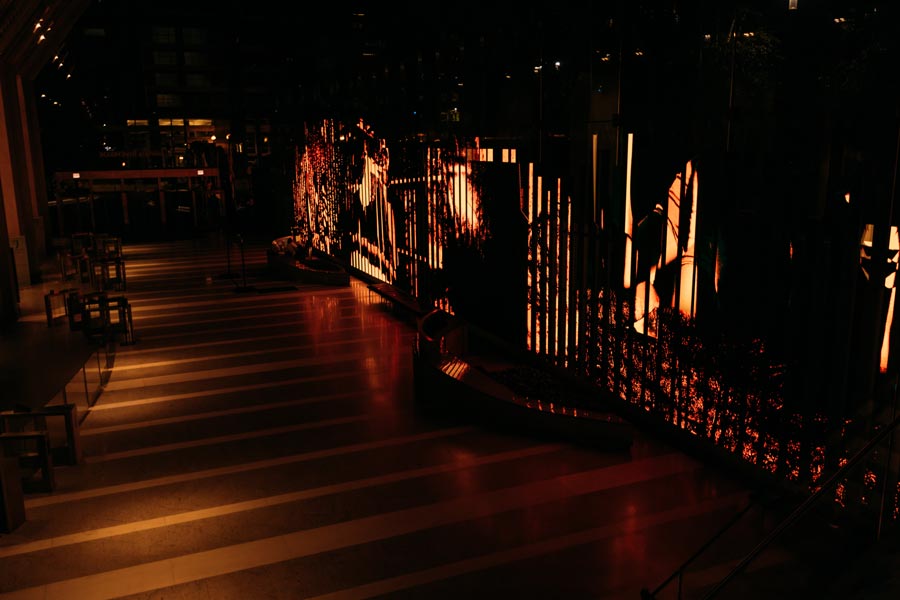 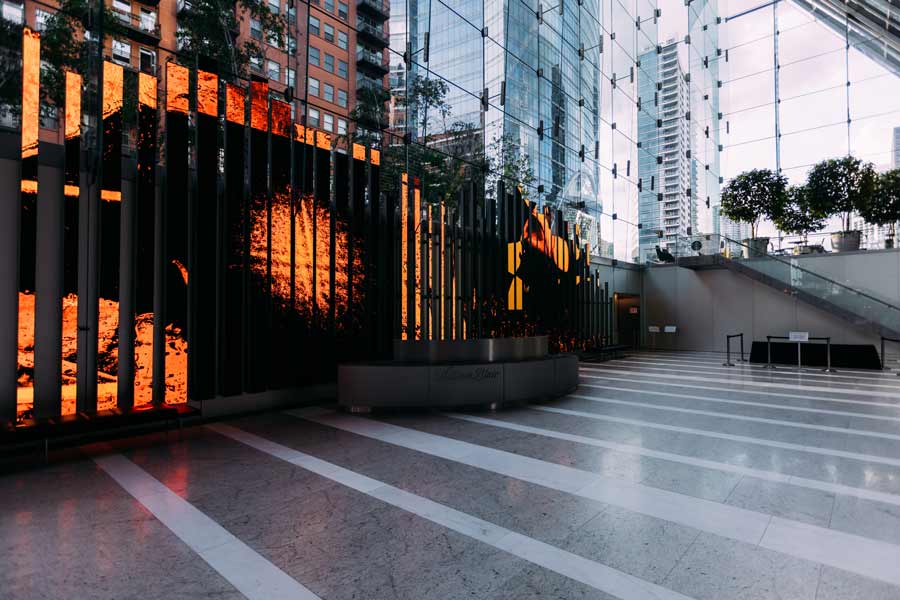 “This achievement is extraordinary, to say the least.” —Tim Stedman, visiting assistant professor of art